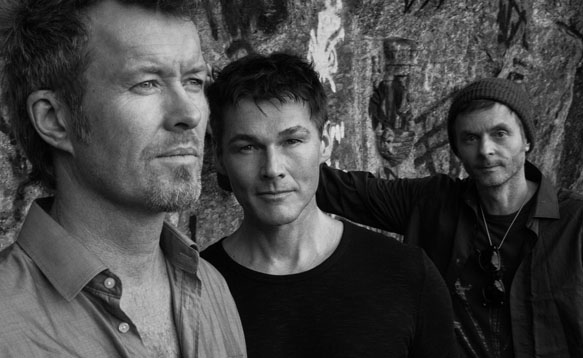 So much excitement and anticipation brewed among fans and critics alike soon after the members of A-ha, whom called it a day (or two) in 2010, announced almost five years later that they would reunite albeit only for one album and a world tour. True to their words, A-ha eventually unleashed their most-awaited new album on September 4th. Entitled Cast in Steel, it is the tenth studio full-length of the Norwegian trio who tasted their first success thirty years ago, with the strength of their debut album that contained their most popular singles, “Take on Me” and “The Sun Always Shines on T.V.”

Cast in Steel opens engagingly with the heart-wrenching balladry of the title track, which could easily be the album’s most lyrically melancholic and musically nostalgic song, what with words like “Can you see the end of things? / Can you see it happening? / Feel the ashes on the wind / Don’t you hate how everything falls….” These pensive verses are lifted by the interplay of glassy-sounding keyboard melodies that could stab the heart like icy teardrops and a bed of strings that is warm and comforting yet cold and distant at the same time.

“This is how it ends / Each on our own / Unless we pretend / Meanwhile, our hearts turn to stone…,” sings Harket in the second song—the slow piano-led “Under the Makeup”—whose mood puts it in the same category as the band’s older songs like “Dark Is the Night for All” along with “Angel in the Snow” (1993), “Velvet” as well as “Summer Moved On” (2000), and “Forever Not Yours” (2002). The rhythmically driving “The Wake” starts with an eerie vibe, owing to the pulsating synth bass and steely guitar adlib in the intro and the instrumental interlude, and transforms into a lovely swan of a song as the vocal takes over, soaring characteristically in the choruses.

The upbeat “Forest Fire” is rich in keyboard melodies, exuding the vibe of the title track of the band’s previous album, Foot of the Mountain. This connection gives the impression that it may have been developed as early as the sessions for the said album. Also, it has the power to conjure a stark image of a forest fire by the foot of a mountain, evoking poignancy. The choppy guitar strumming in the verses is a brilliant reminder that A-ha’s music is not entirely synthesizer-oriented Pop, but has also the edginess of guitar-based New Wave. “Objects in the Mirror” is a seeming sequel of “The Wake,” because of its dark atmosphere and lyrical longing. A Depeche Mode fan may hear a hint of slowed-down “See You.”

“Door Ajar” harks to the fuzzy electronic sound that A-ha pursued in their 2009 song “Start the Simulator.” A bit glitchy-sounding indeed, but the velvety voice and emotional expressions of Harket seem to always balance out whatever rough edges one may occasionally find in A-ha’s music. This vocal romanticism flows smoothly into the next song, which sounds like a long-lost twin of the song “Reach for the Sun” (2001) by Peter Coyle (of the English band The Lotus Eaters). The listener could fairly claim that, in many ways, as example by “Living at the End of the World,” Cast in Steel revisits significant styles employed by the band in their first album, the 30-year-old Hunting High and Low. Think in terms of “Living a Boy’s Adventure Tale.” “Mythomania” is another solid yet mild stomper, with its driving bassline and straightforward drumbeat, adorned with a haunting synth melody and simple guitar adlib.

“She’s Humming a Tune” is certainly an ear-catcher, which begins with a blend of rustic and folky plucks on the acoustic guitar, tinny keyboard tunes, and Harket’s aching voice; and then blasts into A-ha’s trademark full-on orchestral sound. Then, there is “Shadow Endeavors,” which may be the album’s dancefloor number. Relatively uptempo and a bit Rave-like and Trip-hoppy, it will not be out of place on a playlist with similar Disco-infused tracks by the likes of Everything but the Girl (“Missing”), Massive Attack (“Protection”), and Kylie Minogue (“Can’t Get You Out of My Head”). You can even throw Maroon 5’s “Moves like Jagger” into the mix for good measure. That steely and slightly wiry guitar element is employed once again in “Giving Up the Ghost;” but as usual, A-ha’s penchant for sad lyricism and string orchestration of Wagnerian grandiosity remains conspicuous till the end. Finally, Cast in Steel wraps up with the slow groove of the aptly titled “Goodbye, Thompson.” Though it can trigger an echo of the trio’s singing goodbye again to their fanbase and career as a group.

One might think that A-ha’s latest oeuvre was haphazardly done, considering that it was presumably conceived and delivered within a short period of time. The official announcement of A-ha’s reunion came in December 2014, and most likely they finished the album in just a few months. But no! After a few spins, the attentive listener should be able to acknowledge that Cast in Steel is yet another well-planned, well-written, and well-arranged masterpiece. It is steeped in melancholic poetry; cast in Pop, New Wave, and Classical sensibilities; and painted with catchy choruses and memorable melodies. The combined genius of Morten Harket (vocals), Magne Furuholmen (keyboards/vocals), and Paul Waaktaar-Savoy (guitars/vocals) has indeed returned, even if only for another short time, ready to uplift again the spirits of the fans they abandoned for five years. Through their highs and lows, A-ha’s loyalty to their style remains their strongest asset. The Norwegian sun still shines after all. At least, for the meantime. CrypticRock gives Cast in Steel 5 out of 5 stars. 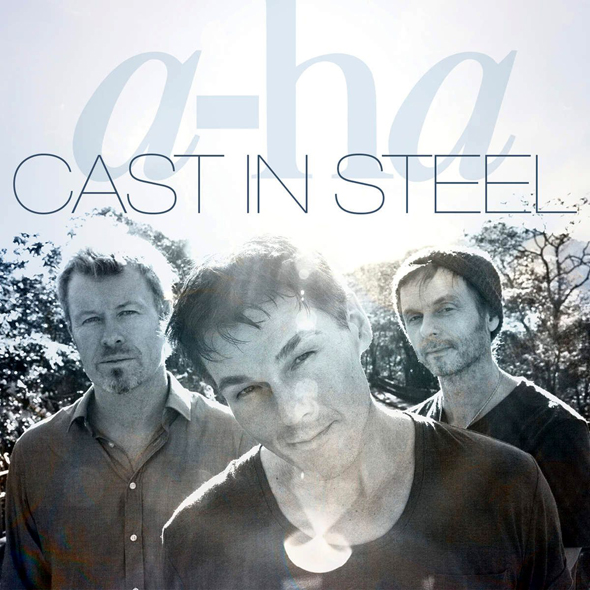