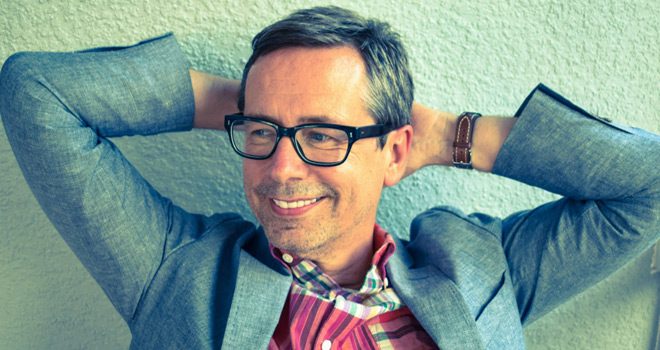 Popular in the New Wave scene in the illustrious 1980s as the lead vocalist of Haircut 100 (“Love Plus One”), Nick Heyward embarked on an relatively successful solo career soon after he quit the English band in 1982, despite the chart success of the band’s debut album.

Heyward’s proficiency had been consistent right off the bat, beginning with his first lone output, 1983’s North of a Miracle, which spawned four singles (“Whistle Down the Wind,” “Take That Situation,” “Blue Hat for a Blue Day,” and “On a Sunday”). His chart-topping debut was followed by seven albums—from 1986’s Postcards from Home to 2006’s The Mermaid and the Lighthouse Keeper—and then began Heyward’s decade-long hiatus from recording music.

Heyward’s latest is a much-awaited offering. Titled Woodland Echoes, it is special and a worthy addition to his discography. The songs’ gestation period took ten years, so to speak, and they really shine brightly, both musically and lyrically. Heyward is indeed back on track, wearing his old happy blue hat for a new happy blue day, whistling joyfully once again, and singing newly woven tuneful, summery Pop songs.

Released on November 3, 2017, via Gladsome Hawk, Heyward’s seventh solo album opens like a bright morning with the waltzy Pastoral Folk splendor of “Love Is the Key by the Sea.” A similar mood ensues with “Mountaintop,” albeit with a twangy Country feel. And then there is the shimmering “The Stars,” which is reminiscent of some of Heyward’s ’90s outputs, in particular “Kite”; with its Moog-sounding carrier melody, it will fall gracefully on a playlist that includes The Rentals’ “The Love I’m Searching For,” Crowded House’s “Fall at Your Feet,” and Toad the Wet Sprocket’s “Something’s Always Wrong.”

“Beautiful Morning” takes the listener even farther back to the hillside and brook-side Folk sensibilities of the late ’60s, contemplative and nostalgic. “Who?” then follows with a fresh breeze of mild jazzy intake, owing to the contrapuntal horn-and-piano interlude that also alludes to the sound of Haircut 100 without the so-called Pop gloss. The choppy, rhythmic “Forest of Love” sings ebulliently of trees, valleys, oceans, flowers, love, and beautiful vocal harmonies and instrumental melodies; something that pays homage too, whether deliberately or not, to some of Paul McCartney’s songs with his erstwhile band Wings (“Another Day”).

The album’s first single, “Baby Blue Sky,” harks to the seemingly innocent beginnings in the early ’90s of what became Britpop, echoing faint saccharine traces of the likes of Oasis (“Rock N’ Roll Star”), The Milltown Brothers (“Which Way Should I Jump?”), Dodgy (“Good Enough”), and The Bluetones (“Slight Return”). “I Can See Her” and “Perfect Sunday Sun” return the listener to Woodland Echoes’ general theme of midtempo, cooing romantic balladry.

After the short Pastoral Folk guitar instrumental “New Beginning,” Heyward wraps up Woodland Echoes with the tuneful Guitar Pop track “I Got a Lot” and finally ribbons it with the reflective, happy sad song “For Always.”

Indeed, Heyward still got a lot to sing about love, nature, and relationships. This latest work of his sufficiently and effectively compensates for his extended hiatus from the music scene. The much-missed and well-adored English tunesmith and troubadour is definitely back, with a reinvigorated lyrical candor and musical splendor. CrypticRock gives Heyward’s Woodland Echoes 4 out of 5 stars. 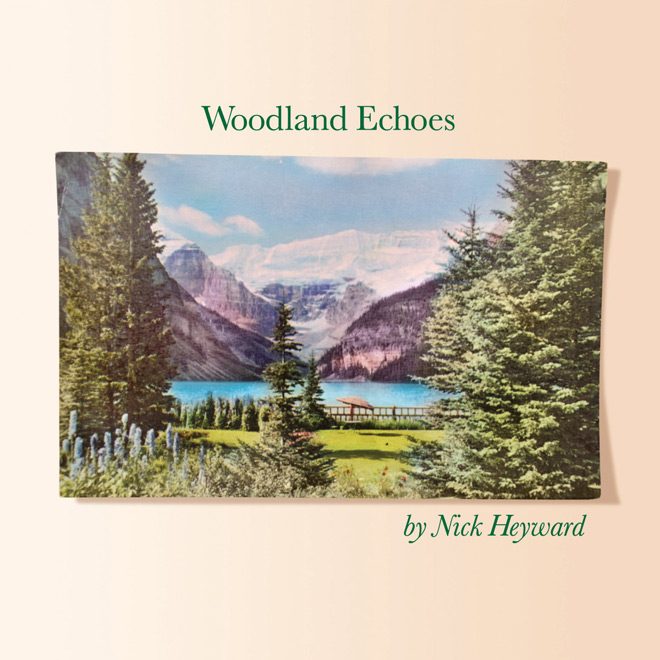