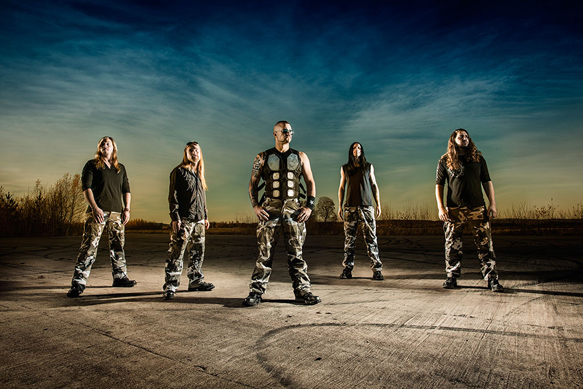 Hailing from Falun, Sweden, Sabaton are a Power Metal band with lyrics that are theme-based on war and history.  Formed back in 1999 by vocalist Joakim Brodén and bassist Pär Sundström, the band has sustained a variety of lineup changes, but now settle in with guitarists Chris Rörland and Thobbe Englund along with drummer Hannes van Dahl.  Having kept busy over the years, consistently releasing a new album every two years, Sabaton are back with 2014’s Heroes.  Returning to the famous Abyss Studio and working with Hypocrisy’s Peter Tägtgren, the record is a full conceptual piece which the creators and fans alike are showing equal enthusiasm for.

Heroes hits the listener in the gut with the opener of “Night Witches.” The hard-hitting track commences with fierce chanting vocals and choruses along with fast-paced guitar riffs that carry strong throughout the song leading into a detailed story of war. “No Bullets Fly” opens with a powerful guitar solo flowing into blasting vocals that have a very triumphant melody. A killer Power Metal type song, it offers great breakdowns with many different elements. Next up, “Smoking Snakes” hits hard the minute the track plays with speedy drums that hail a victorious chorus of marching vocals and several dueling guitar solos; it is a production that comes to life with melodic sounds and feelings. Wasting no time, it leads straight into “Inmate 4859” with a haunting bell start following with dark guitar and runs of operatic vocals. This song tells the story of inmate 4859, also known as Witold Pilecki; a Polish soldier who escaped from Auschwitz concentration camp in 1944. The dark melodic track offers powerful guitar emotions that haunt the audience’s inner soul and leads them into a tunnel of peaceful fear. The moments of unease are broken, spitting the listener back out into a more upbeat Scottish melody of “To Hell And Back” with deep scruffy vocals speaking of the glory of war. The steady drum is accompanied by an echo of symphonic guitars that carry a haunting riff.

Slowing things down a bit with beautiful piano is “The Ballad Of Bull” which is carried softly as an intense vocal lullaby. A true journey of musical delight and beauty, the piece is expressed deeply in the heart-wrenching lyrics. Next up, “Resist And Bite” is another heart-pumping guitar intro with deep blistering vocals carried with a steady beat on the drums and heavy basslines.  The slow breakdown and key change at the halfway point segue into a magical guitar solo. Keeping their foot on the gas, Sabaton then delivers a completely different type of song with “Soldiers Of 3 Armies.”  It is a fresh mastering of higher screaming vocals and faster drum leads that once again bring the audience into the world of pitch perfect guitar duels.  Thereafter, on “Far From The Flame,” van Dahl continues to shine brightly in a rhythmic steady celebration type song. Here the guitars and vocals offer a heart-warming combination that forge a beautiful melody. Last, but most certainly not least, concluding this amazing adventure is “Hearts Of Iron.”  This angelic triumphant track led by crystal clear vocals is backed with operatic voices and flying guitar riffs/solos, a hardy bassline, and marching drum beats, offer a complete prideful ending to Heroes.

Once again, Sabaton has taken to the history books and made an adventure worth hearing and living through their melodies and lyrical strengths on Heroes.  With amazing song structure, stimulating content, and perfect production, this could be their best album to date.  CrypticRock gives Heroes 5 out of 5 stars. 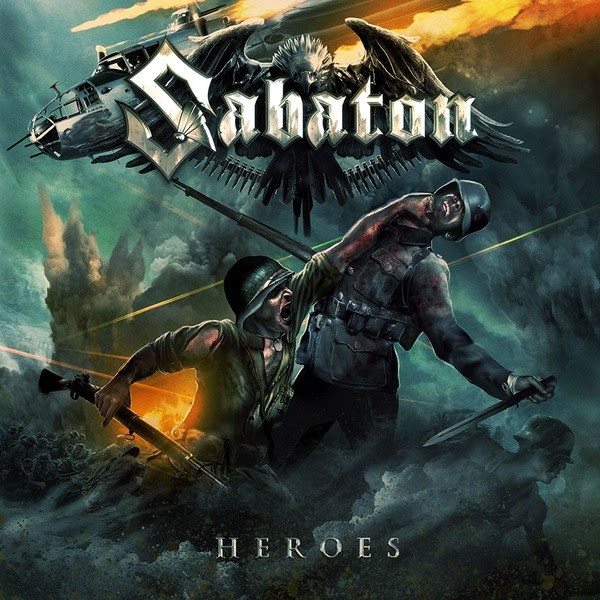