On September 16th, Time Life invited music lovers to front row seats for Rock & Roll Hall Of Fame Live – Volume 2, a 180 gram “ticket” to the very best performances and all-star jams from the legendary Rock and Roll Hall of Fame induction ceremonies. The unique vinyl LP pressed in bold red/orange swirl, Volume 2 features an unforgettable “set list” including the biggest names in Rock-n-Roll, performing in intimate settings and jamming in combinations not seen anywhere else.

Featuring 10 choice tracks from 1990 through 2006, this LP includes performances from legendary, Rock Hall-caliber talents like Paul McCartney, Bruce Springsteen, The Who, Johnny Cash, Stevie Nicks and Lindsay Buckingham, Jerry Lee Lewis and many more. One of the hallmarks of Rock Hall performances are the unforgettable collaborations that take place: Volume 2 includes Eddie Vedder joining The Doors on their induction night (1993) on the classic “Roadhouse Blues,” Creedence Clearwater Revival’s founder John Fogerty performing “Green River” with Springsteen and The Band’s Robbie Robertson; and Springsteen and front man Axl Rose on the Beatles’ “Come Together” at the 1994 ceremony when John Lennon was inducted as a solo artist. A musical tribute to Wilson Pickett adds to the Volume 2 festivities, as do live performances from legends like Solomon Burke, The Young Rascals and more.

Now available to the public, you can win a copy here on CrypticRock.com Simply comment in the comment section below your favorite Rock band and why for a chance to win. 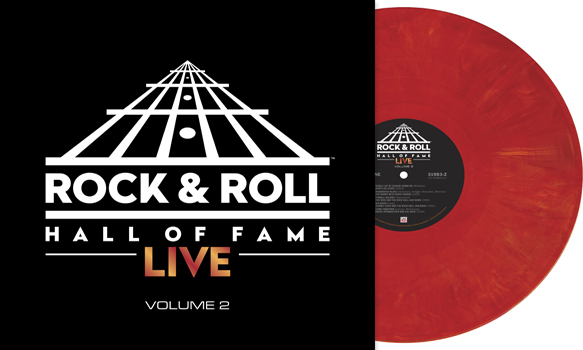