Halloween is a holiday filled with traditions, albeit carving and lighting jack-o-lanterns; decorating the house in spooky décor; dressing up in silly, scary, or sexy costumes; asking for candy from strangers; playing pranks and scaring people; or cuddling up and watching your favorite Horror movies. With that being said, it is also the quintessential, most spiritually-charged night of the year when the superstitious and supernatural converge; when amateurs dabble in the occult or meddle with the spirits and are met with disastrous consequences, or when murder and mayhem are mistakenly deemed more conventional, and thus, conceivable. Halloween lovers and Horror fans alike must prepare themselves though, as 10/31 is guaranteed to become an instant component in anyone’s traditional Halloween celebration for many years to come. 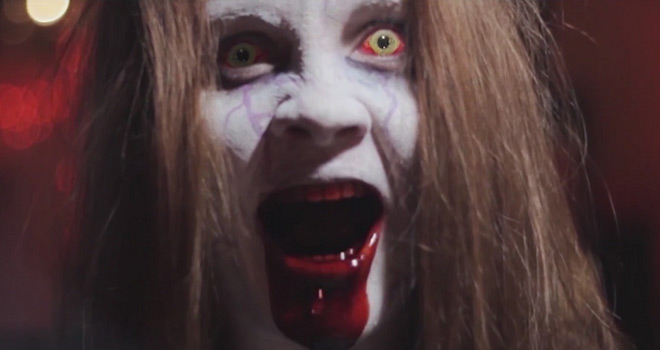 10/31 is the Indie Horror Anthology that was released on DVD in October of 2017 via 1031film.com, and is expected to appear on various VOD platforms later this year. The film was comprised of five very different Horror shorts that were written and directed by a number of contributors, and made in conjunction with Spookhouse Productions. The film also included performances by an assortment of talented actors/actresses; special effects that would make even the most iron-stomached viewers’ queasy; and a multitude of filming locations that brought diversity and life to each terrifying tale.

The film begins with two children, one an angel and the other a devil, pigging out on candy in front of the television, after a long night of Trick or Treating, watching “Malvolia’s Halloween Monster Marathon” – an intro written by Zane Hershberger (Cryptids 2017, Devilution 2012), Rocky Gray, and Jennifer Nargle; and directed by Hershberger and Hunter Johnson (2 Jennifer 2016, Irrational Fear 2017).

The first film on Malvolia’s, “Queen of Screams,” Marathon is “The Old Hag” – written and directed by Justin M. Seaman (The Barn 2016, Cryptids 2017), and starring Cindy Maples (Volumes of Blood: Horror Stories 2016, Margo 2016) as B&B owner, Kathy; Nick Edwards (The Barn 2016) as amateur commercial director, Tyler; Mitchell Musolino (The Barn 2016, Cryptids 2017) as amateur commercial shooter, Kevin; and Jebediah Giacchino (The Barn 2016) as the Old Hag – which tells the story of the owner of a beautiful B&B who has placed an ad in the paper to have a commercial filmed so that she may grow her business. When a couple of ambitious filmmakers show up, they continuously cross paths with a mysterious old hag that looks like she just arrived from Anjelica Huston’s witches’ convention straight out of the 1990 film The Witches.

Next, the children are in for quite a fright when the second film in the Monster Movie Marathon makes its way to the screen. “Trespassers” – written and directed by Hershberger, and stars Chad Burns (Cryptids 2017, Stargazer 2016) as Jeff, and Sable Griedel (Cryptids 2017, Blue Card 2014) as Stephanie. This is the inventive story of two enthusiastic, young Halloweeners out on a first date that bombs at the theater with a bad Horror flick that fails to deliver the festively anticipated scares. The date finds redemption though, when Steph drags Jeff to an abandoned old house with a scary past involving gypsies and a haunted scarecrow that refuses to leave the property without a fight. 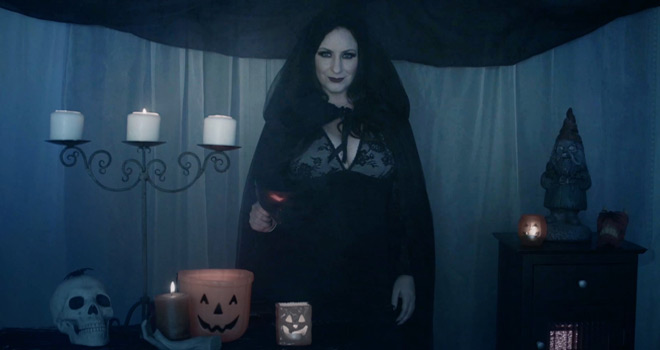 Then, viewers are delighted by a rockin’ roller rink lock-in-gone-bad with “Killing the Dance” – written by Jason Turner (The Dooms Chapel Horror 2016, Volumes of Blood: Horror Stories 2016) and directed by John William Holt (The Dooms Chapel Horror 2016, The Hunt 2011). This frightening and flirty little flick features Bailey Ingersoll (Max Steel 2016, Sarah’s Dream 2018) as Ashley, a rebellious teen who takes her creepy superhero-sheriff-werewolf-pirate-costumed little brother Mikey (played by Noah Howland) to work with her on her last night at the skating rink, where a totally ’80s party is underway. When a sexy siren sporting a Ziggy Stardust-inspired costume comes zipping by on roller skates, the racy “Rink Rat” attracts the attention of a crazed creeper cowboy, and thus, chaos ensues and the fun comes to a grinding halt when horrors wreak havoc on the rink. Expect the unexpected to blow your mind with this fantastic little blast from the past.

Continuing on with the nostalgic feel of the previous picture, this next ice-cold blizzard brings about battles between holidays, and leaves a family divided, all in an effort to answer the age old question, “Which is the best holiday, Halloween or Christmas?” “The Halloween Blizzard of 1991” – written and directed by Brett DeJager (The Legend of Cooley Moon 2012, The Loot 2011) – is amusingly the ultimate “Nightmare Before Christmas,” as Halloween is hijacked and sinister miniature pimp-Newsies-knockoffs are playing tricks until they get their treats during what appears to be the snowstorm of the century. This short is sure to get your holiday spirit in check, in a most inventive, entertaining, and twisty-turny sort of way.

Finally, the marathon concludes with “The Samhain Slasher” – written and directed by Rocky Gray (making his directorial debut) – which tells the story of an insane, escaped serial killer known as The Samhain Slasher who intends to bring up his body count on All Hallows Eve. Meanwhile, a party is going on that will surely make its teen partygoers prime pickins’ when murder and mayhem are at the top of the menu this hellacious Halloween. While this segment gave the appearance of being the weakest link in the bunch, it was still strongly enjoyable enough to keep the collective chain from breaking.

Overall, this anthology was such a strong piece that really showcased such innovative and interesting storylines that truly kept viewers enthralled; both hoping they would never end, and conversely looking forward to the next one beginning. This film was the total embodiment of masterful modesty, but with the creativity and execution of something that far surpassed its shell of humbleness. The film left little to be desired, but that is only because it included everything one could hope for in a Halloween-themed Horror movie. 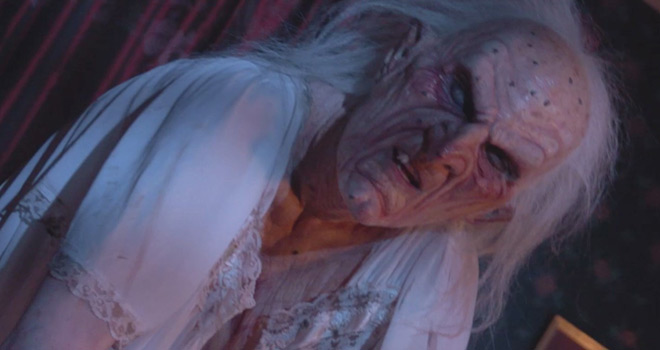 The only complaints one may make is that the wraparound felt like it was missing a little bit of that pizzazz that all of the other stories contained, and if viewers suffer from motion sickness, then they may want to take a Dramamine at the start of the film so that it kicks in by the time “Killing the Dance” begins. While the camera work was well done, and perfectly suited the choreographed skate segments (which were also great), it may prove problematic for someone whose stomach cannot handle the constant movement.

Other than those minor shortcomings, which are easily overlooked, this film is a down-to-earth dream come true for Halloween and Horror fans alike; which is why CrypticRock gives 10/31 4 out of 5 stars. 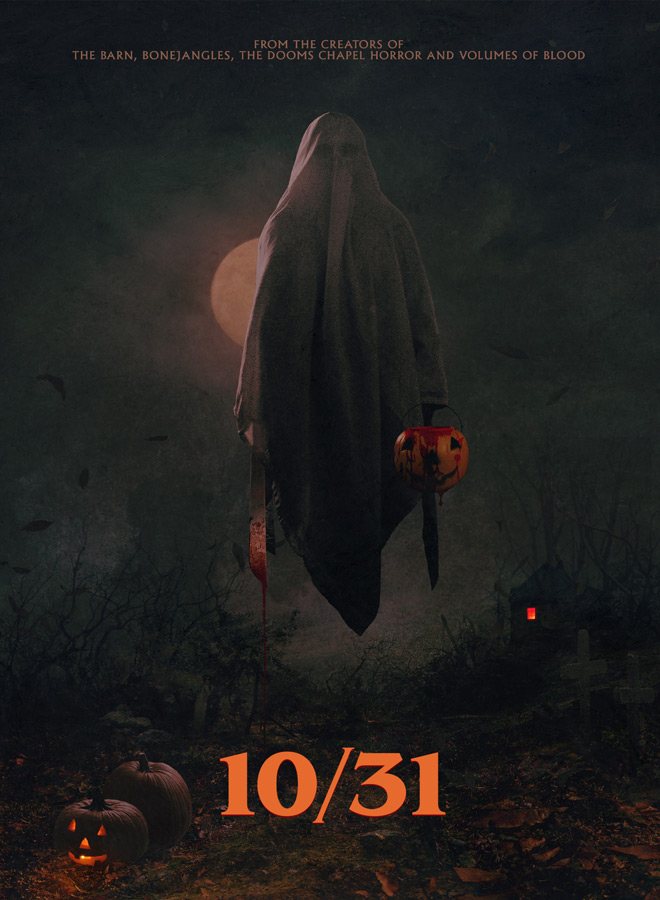