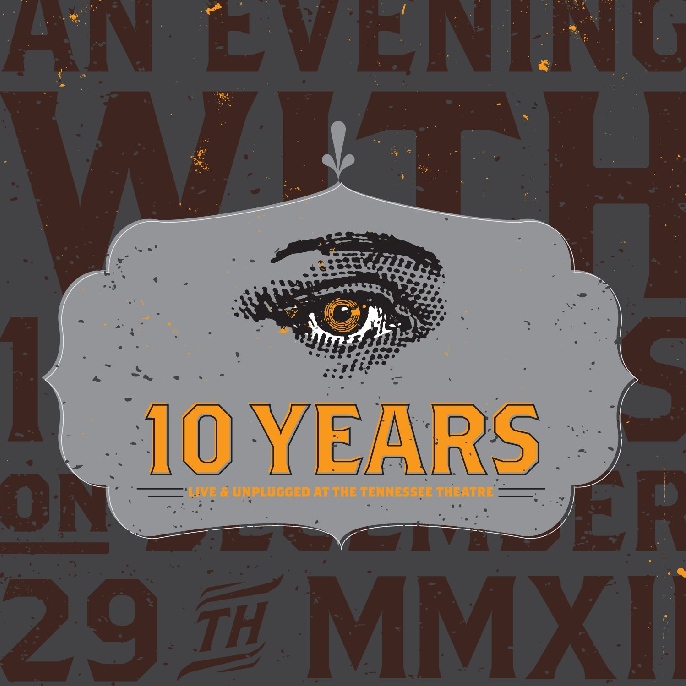 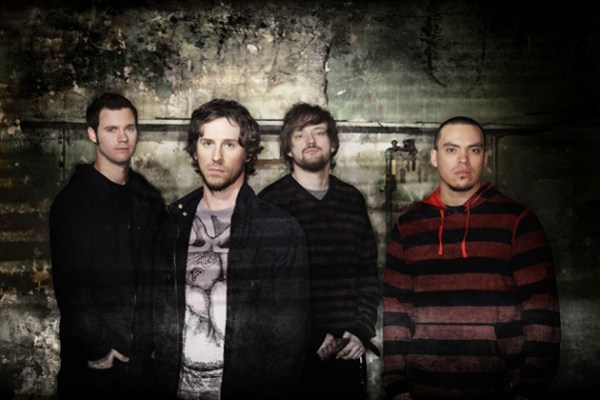 From Knoxville, TN, 10 Years is a band that leave an impression. Since their emergence back in 1999, the band has made a name for themselves with a live show to see, filled with energy and passion.  With such memorable tracks such as “Wasteland”, “Russian Roulette”, “Beautiful”, “Shoot It Out”, “Fix Me”, “Backlash” and “Minus the Machine” over the span of 5 studio albums, 10 Years is here to stay. In recent years long-time members Lewis “Big Lew” Cosby and guitarist Matt Wantland have departed, with Ryan Collier (Bassist) and Chad Huff (Guitarist) taking over duties.  With these two new members 10 Years are prime to continue well into the future.  Keeping things interesting they now release their first live EP since 2006 with Live & Unplugged at the Tennessee Theatre.

The 6 track EP is a far different experience for listeners, stripped down to acoustic form with an orchestra placed behind them. Opening with “Focus” is a perfect start, setting the mood for the rest of the EP. The recording keeps true to a real live performance keeping dialogue between tracks, such as the jokes spoken by vocalist Jesse Hasek, showing the human side of the band fans have come to know and love. “All Your Lies”, originally off Division (2008), has some astounding vocal ranges complimented by orchestrated instrumentals that deliver an emotion and raw power as it was originally intended to.

With an intense opening the performance mellows out with a soft and eloquent piano with “Proud of You”. This is a stand out moment during the set with harmonized vocals over the piano. After an emotional roller-coaster ride of sound, “Fade Into (The Ocean)” is next. Off the Feeding The Wolves (2010) album, the track is a fan favorite. This rendition incorporates soft acoustic guitar and bongo drums mixing beautifully well with the orchestra breathing fresh life into it. It also allows Hasek to show his diverse vocal range. Taking a step back into the past “So Long, Goodbye” is next in their set. Originally when released the track was known as dark and moody, but in this live performance a new light-giving aspect is presented behind the story telling. The new take on the song is unique, engaging the listeners on a new level. The acoustic set closes out with an older track in “The Autumn Effect”. Back to their humble beginnings, the track reminds you of mix between Tool or Breaking Benjamin. This live performance immediately gives you goose bumps with its energy and emotion.

Over time, 10 Years seems to surprise their dedicated fans with being able to bring poetry to life with their lyrics that can only be described as awe-inspiring. 10 years are truly one of the most under-rated bands in today’s music scene and should warrant a lot more exposure. With Live & Unplugged at the Tennessee Theatre fans of 10 Years will fall in love all over again. With an interesting track selection, the recording captures the atmosphere of the moment in an epic fashion. CrypticRock gives this album 5 out of 5 stars.

Straylight Run – Live at the Patchogue Theatre (Live Album Review) HorrorPops – Live at The Wiltern (Live Album Review)
Like the in-depth, diverse coverage of Cryptic Rock? Help us in support to keep the magazine going strong for years to come with a small donation.
Print page
0 Likes