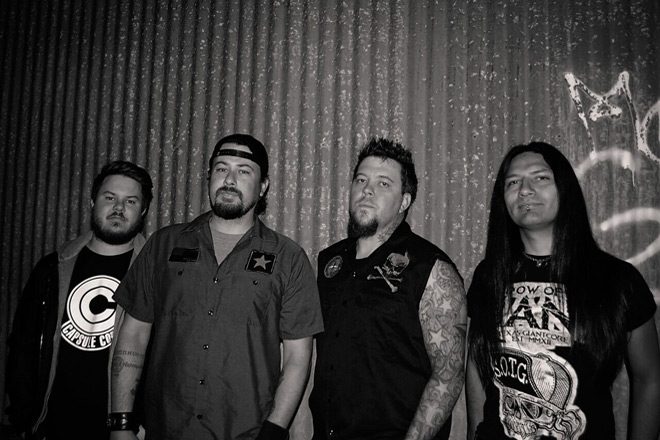 The early 2000s was a strange time for Rock-n-Roll. Grunge was all but in the rearview mirror, Nu-Metal was still making an impact, and the scene in general seemed to lack an identity. Then came along a fresh crop of talented young bands like Seether, Evanescence, and Breaking Benjamin, just to new a few. Among those were a band out of the small city of Mandeville, Louisiana calling themselves 12 Stones. Formed after Paul McCoy (vocals), Eric Weaver (guitar), Pat Quave (drums), and Kevin Dorr (bass) met in 2001, in around a year’s time they had been signed to Wind-up Records and dropped a successful self-titled debut album in 2002. Then, in 2003, McCoy caught a great deal of attention providing guest vocals and being a part of the video for  Evanescence’s hit song “Bring Me to Life,” making he and 12 Stones a recognized name worldwide.

With songs featuring in films such as 2002’s The Scorpion King, 12 Stones quickly gained a strong reputation as they moved forward with 2004’s Potter’s Field and 2007’s Anthem for the Underdog. Taking a hiatus, they returned in 2012 with Beneath the Scars, and though they have had a number of lineup changes, McCoy and Weaver have remained the backbone of the band. Joining them, Sean Dunaway fulfills drumming duties since 2014. Having not been the most prolific band, instead, 12 Stones have kept their fans waiting for five years since, preferring instead to focus on making music worth waiting for. Now signed to Cleopatra Records, they joined the Make America Rock Again Tour in 2016 and return on July 14, 2017 with their long overdue fifth studio album, Picture Perfect.

It beings with “The Killer” delivering a short but dramatic entree, with gritty riffs and a mix of gravelly vocals and melodic harmonies, enticing listeners to stay to hear the rest of the 14 tracks. Smoother vocals characterize “Blessing” with lyrics that paint vivid pictures. It is a contemporary sounding song with intricate beats, swirling guitars, and layers of melody. Packed with attitude and verve,”Voodoo Doll” takes on a different disguise, more ’80s Glam Rock/Hair Metal, but with a hint of something more modern and classy, it manages to become a fun song with dark under tones.

A calming and sensitive change of pace gives “Nothing To Say” a moody and emotional feel while hushed tones and dark lyrics combine to deliver a powerful but understated ballad. Then, “Time” is a song with a split personality ranging from Post Grunge to Pop Punk style as it drifts into something akin to 1962 The Beach Boy harmonies and back again. In addition, it is a fascinating display of the vocal prowess of McCoy. Thereafter comes the title-track, “Picture Perfect,” and the band pack a punch as it slowly gallops along with edgy guitars, infectious rhythms, and bitterness oozing out from the chords.

Keeping the sound diverse, “Save Yourself” lies within the Post Grunge genre, with an inner anger and controlled aggression bubbling through it. This is before a bluesy lament about the loss of someone important and the regrets that come with that loss on “Lerlene.” Compelling, it is a song that will resonate with many and that shared connection of understanding will make this one of those songs that helps people through difficult times for years to come. Picking up the tempo once more, “Memphis” is a political commentary, pointing out the negativity within the world that we choose to ignore while raising the issue of apathy and the selfishness of political thinking.

Moving right along, “Hey Man” takes the mantel of the song that people will wave arms skywards for with its catchy chorus and a captivating combination of guitar styles. Getting more serious again, “How Long” is a social commentary on the way we live life, with a sense of despair and resignation. Although the cymbals over power and create a distraction, they have the effect of lifting it from something that could otherwise be melancholy. Keeping the tone heavy, “Hello Suicide” has an eerie, mournful feel, with acoustic guitar and a stripped down sound that draws listeners’ attention to the deeply meaningful lyrics. As a complete contrast, a re-recorded version of 2007’s “Anthem For The Underdog” is brash with a young charisma and a sense of rebellion and resilience. Finally, they recreate 2010’s “We Are One,” a song that appears on The Only Easy Day Was Yesterday EP and subsequently was used by WWE and also Hockey’s The Washington Capitals. An interesting choice to bookend the album, it is a militaristic rebel yell, inspiring and motivating, but fitting to the variation of Picture Perfect.

What 12 Stones have created is a catalogue of mixed and different songs, giving their band an album rich in texture while beaming a vibrancy that is inspiring. Each track has its own character and that diversity gives it a broad appeal, makes them hard to pigeonhole, yet they still sound united as well as cohesive. Most importantly, the songs reveal the vocal range of McCoy, displaying his ability to switch styles, and the power behind the songwriting shines through. An album certainly worth the wait for, CrypticRock gives Picture Perfect 4.5 out of 5 stars. 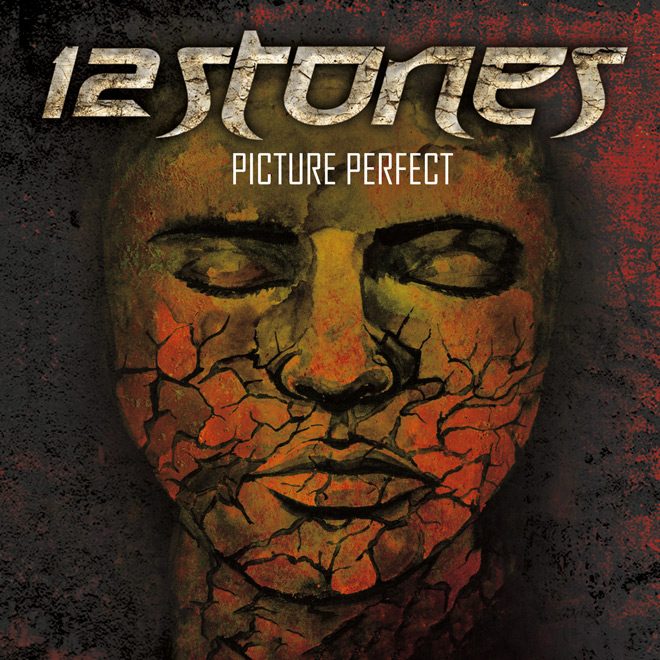