“If they will play fair then I will play fair, but if they won’t then I reserve all of my rights to do anything I find myself able to do.” – William Howard Taft

Is it just a game? If that is the case, then why is that when you play you die? Welcome comrades in arms to 13 Demons, the RPG game from hell! Released to DVD in October of 2017 via Cinedigm, this dark Thriller is also currently available on Netflix. 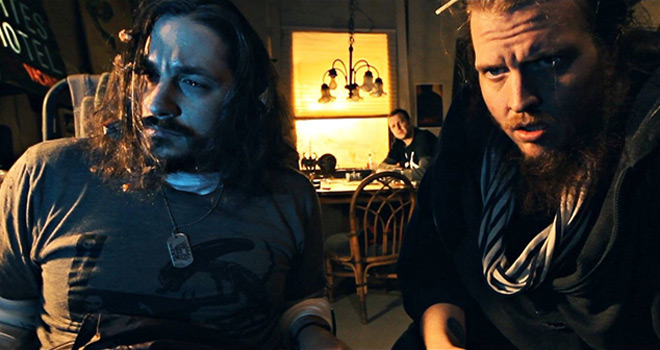 Three geektastic pals reside in a ramshackle apartment together, gaming away the days and nights in their slovenly domicile that they clearly never clean. When one of the men (Daniel Falicki: Abed 2012, Accidental Exorcist 2016) comes home with the ultimate RPG board-game, 13 Daemons – which is not a throwback hairband from 1984, no – but rather, this is a banned game that over 30 years ago was blamed for a string of “excessively violent” murders perpetrated by players who believed they were living inside the game’s confines. Like all irresistible RPGs, this one contains the likes of golden paladins, centaurians, knights, demons, trolls, minstrels, blood bathers, and a doomsday clock, oh my!

While his best friends – one dude who could easily step-in for Captain Hook (Stephen Grey: Offspring 2009, The Spirit of Mumbai 2014) and the other who could easily roadie for a Metal band (Michael Cunningham: The End of the Tour 2015, Accidental Exorcist 2016) – are not necessarily quick to jump on board (pun intended), but they eventually decide to give 13 Daemons a chance.

While the guys fight to rid the realm of the thirteen demons of the apocalypse, initially struggling to understand the rulebook – which reads like the archnemesis of every high school student, Beowulf – the guys drink crappy Shasta, smoke some weed, and, not shockingly, begin to lose their grip on the bounds of reality. Soon they will find themselves rechristened as Torkul of Darkhaven, Abelsworth of the High Wind, and Thomas of Belmont; and while they might look like former members of Pantera, they begin to speak as though they were citizens of Westeros. 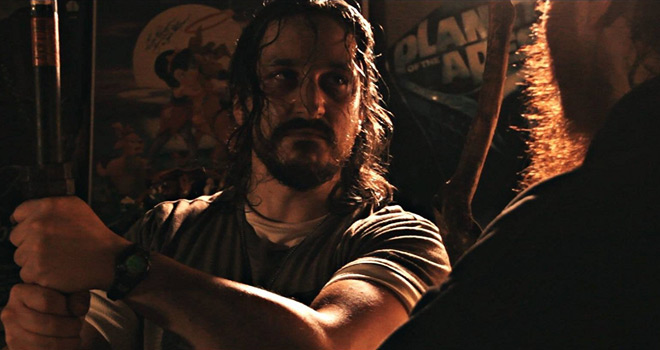 As they forge onward, the board seems to change colors and their sanity seems to be slipping ever further from their bloodshot eyes. Is it all just a game or is there something much darker at work here? Clocking in at 73 minutes in-length, 13 Demons was written and directed by Daniel E. Falicki (GR30k 2010, Accidental Exorcist 2016), who also stars as Thomas of Belmont. The film additionally features the likes of Steven Taber (in his acting debut); Patrick Hendren (Drama Class 2016, Accidental Exorcist 2016); Jackson Ezinga (Tetherball: The Movie 2010, Win by Fall 2012); and Jason Roth (Ape 2012, Awaken the Devil 2014).

Consider this a kind of gamer geek’s spin on Jumanji, an RPG-related Thriller with Medieval-style mayhem that it unleashes at a languid, stoner’s pace. Where 13 Demons goes right is in its approach to its production, understanding that on this budget there is no way to properly depict knights in shining armor or epic bloody battles of siege.

Instead, here creatures are shown in shadow and we see the brave knight’s bloody hands spasm in the throes of death. This saves 13 Demons from ever feeling like it overreaches or steps into that dreaded Velveeta territory; instead, this is a film that craftily works within its limitations to create a minimalist experience that is greater than the sum of its parts. Much of this is due, in fact, to the stellar commitment of Falicki, Grey and Cunningham to their unique roles. Each of the actors is so committed to their performance that there is never a stumbling moment or a humorous faltering: instead, they embody their characters to the fullest of their abilities – altered speech, emphatic body language, blood-soaked hair and all. Grey and Cunningham especially give some truly phenomenal performances in their police interrogation scenes! 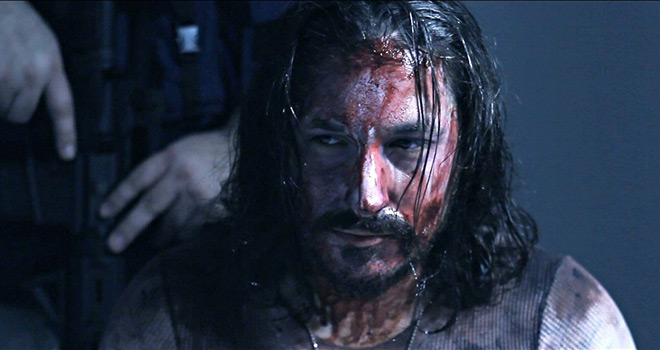 Considering that this is a low-budget film shot almost entirely within the confines of one room, 13 Demons does a lot with very little. While its pace is a long drag off a smooth blunt, it never moves into hyperdrive speed, so do not expect any frenetic energy or rapid-fire sword fights herein. Instead, there are moments of comedy, one truly creative use of a silver serving-platter as protective armor, and a soundtrack that works wonders with guitars and Gregorian chants, amping up the production with its gentle homages to the on-screen material.

For all of these reasons and many more, 13 Demons is an enjoyable escape into a creative, often witty, and entirely refreshing realm. With full appreciation for all of the above, CrypticRock give 13 Demons 3.5 of 5 stars. 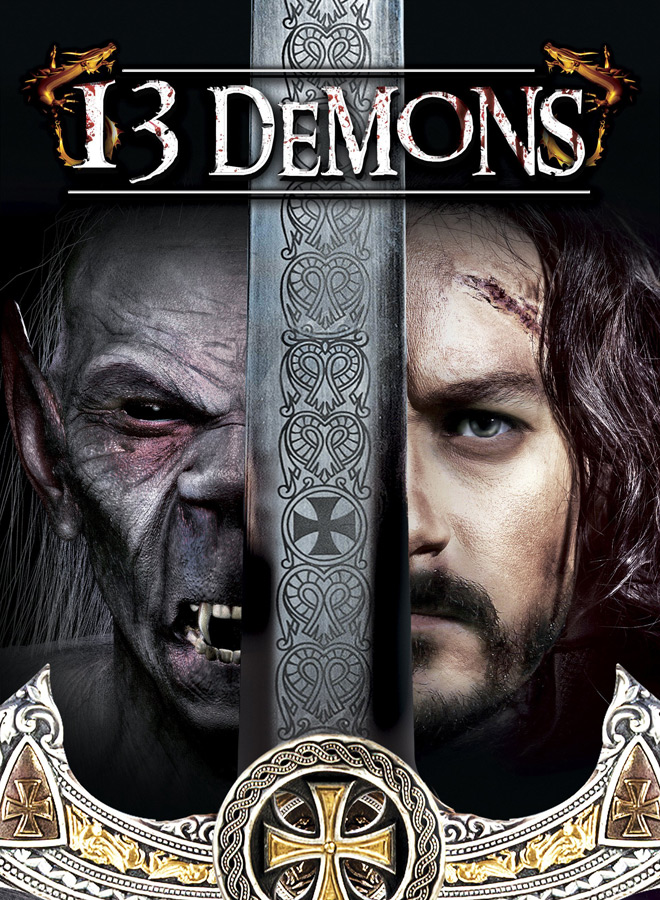