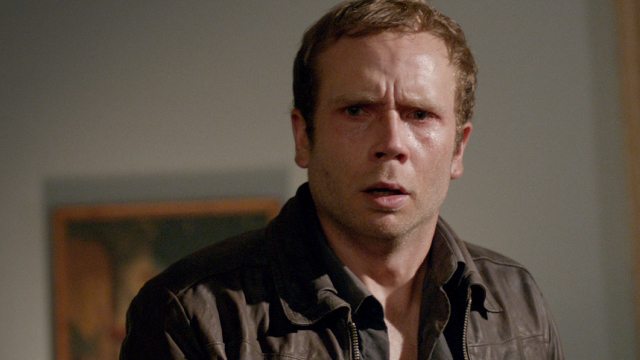 Elliot is having a really bad day. Instead of getting the promotion he assumed he was getting, he gets fired. His responsibilities are many; he has a pregnant fiancé, mounding debts, an impending wedding, an invalid bigoted racist father, and a mentally challenged brother all relying on him and all soon to be living with him.

At a literal crossroads in his potentially terrible life, his phone rings with a creepy circus ringtone. What Elliot is offered next changes his life forever. The voice on the phone seems to know all about Elliott’s life and problems, and tells Elliot he has won a place in a special type of game. Initially he is offered a simple task to complete; to kill a fly currently in the car with him, and the sum of $1,000.00 will be immediately credited into his bank account. Elliot completes the first two tasks and readily jumps at the chance to compete in the game after seeing the money already deposited in his account, and getting the chance to win $4.5 Million dollars. He must not tell anyone about the game, nor should he interfere with the game. If he does so, all the money he has won to that point will be taken from his bank account.

The tasks quickly escalate from benign to macabre, but as Elliott initially shows some reluctance to the immorality of some of them, it is not long before he is relishing in them, and finds some release from long-held frustrations.  After Elliot makes a child cry and the parents report him to the Police, Detective Chilcoat is hot on his trail. The Detective finds evidence mounting against Elliot and fears he could be playing a deadly game. Upon this discovery he looks to seek out Elliot and in his travels he meets oddball Mr. Bogner, who has his own evidence of an ancient evil game he has mapped all over the world that makes monsters out of ordinary people and preys on them for their own amusement.

After rejecting the last few challenges and fleeing from the Police, Elliot tries unsuccessfully to rescue some bikers from decapitation; it is at this time Elliot horrifyingly realizes someone else is playing the game with him. Everyone in his life soon becomes a suspect as he races against time to stop the game and repair the damage he has already done. Is it a stranger or is it someone he loves? Can he trust anyone?

As the movie goes along you see Elliot’s personality stripped back to bare basics, as he instinctively tries to protect himself, ultimately leading to an ending you will not foresee. The movie has a quick even pace, leaving you barely hanging off the edge of your seat, amazed by what an ordinary man can do when driven by his emotions and pushed to his limits. 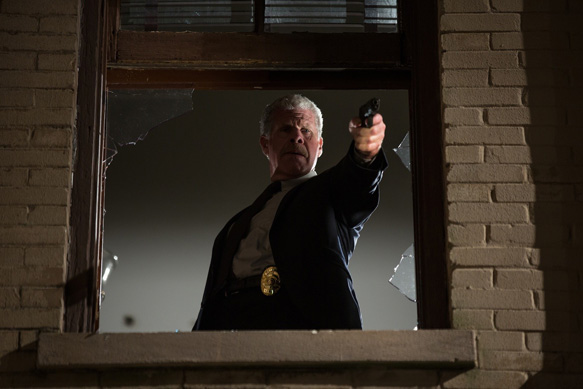 What could be a bleak desolate movie, because of the excellent plot and acting is instead an incredible journey into the human mind. The film even manages to inject some real humor into some of unlikely situations Elliot finds himself in, such as when he has to take a corpse to a diner and ends up sitting next to cops, or accidentally lighting fire to the church, and desecrating the wedding hall at his rehearsal dinner.

13 Sins is an excellent thought-provoking film, but also includes plenty of gore and blood for the true horror fans. The music by Michael Wandmacher, known for the musical scores of Never Back Down 2008, Drive Angry 2011, Piranha 3D 2011, and From Justin to Kelly 2003, helps keep the suspense mount with each passing minute. CrypticRock gives 13 Sins 5 out of 5 stars. 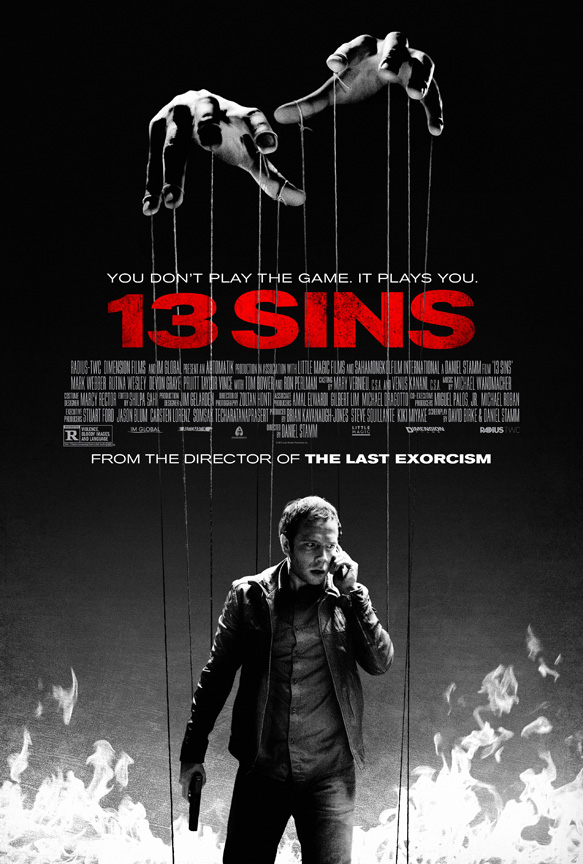