“Hotel rooms are just naturally creepy places, don’t ya think? I mean, how many people have slept in that bed before you? How many of them were sick? How many were losing their minds?” These are the words uttered by the film’s protagonist, Mike Enslin, upon entering the famously haunted room; and are taken from Stephen King’s explanatory notes for 1408, and which can be found in his 2002 collection of short stories titled Everything’s Eventual. For a story that was never intended to be completed, 1408 certainly turned out to be not only a hypnotic, engaging read, but a surreal plunge down an enveloping, never-ending nightmare of a rabbit hole. 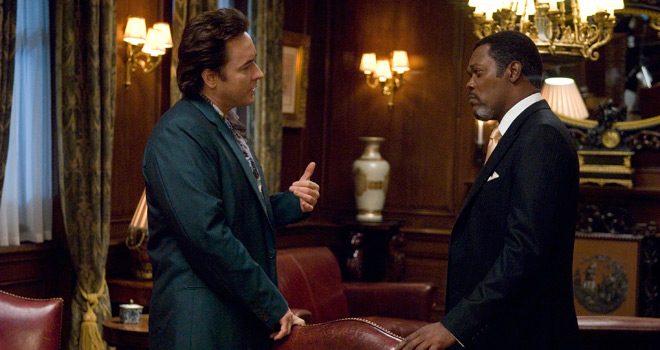 While there was a multitude of contributing performances which gave life to this beautifully crafted film, it was the roles played by John Cusack (Being John Malkovich 1999, High Fidelity 2000) as the persistent paranormal writer, Mike Enslin, and Samuel L. Jackson (Pulp Fiction 1994, The Hateful Eight 2015) as the peculiar, forewarning hotel manager, Gerald Olin, which would shine with the same brilliance and grandeur as that of the Hotel Dolphin.

This movie tells the riveting tale of traveling paranormal journalist, Mike Enslin (Cusack), who makes it his mission to investigate allegedly haunted locations with the hopes of obtaining irrefutable evidence of the existence of ghosts, but who actually just ends up crushing the faith of those who did once believe.

Eventually, he decides to take on the notoriously haunted room at the notable Hotel Dolphin in spite of Gerald Olin’s (Jackson) unrelenting, yet futile, attempts to dissuade him. Olin informs Enslin of the numerous deaths that have occurred in that room over the years, but it is still not enough to get Enslin to back down. Once he crosses the threshold of that ghostly room though, he is launched into a lucid nightmare that refuses to end until he has paid the same price for staying there as previous guests who came before him. 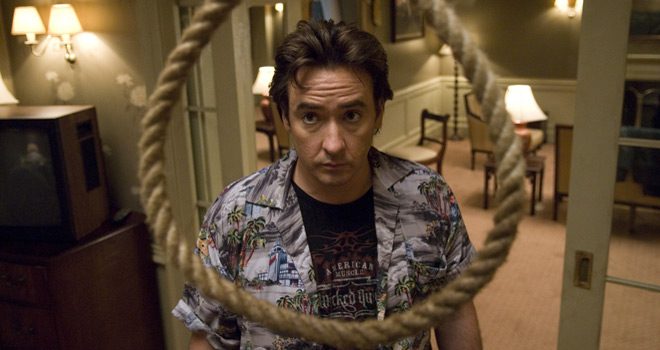 Interestingly enough, King’s story was inspired by both a collection of real-life news stories about parapsychologist Christopher Chacon’s investigation of the infamously haunted room at the renowned Hotel Del Coronado in Coronado, California, and another undisclosed ghostly hotel somewhere along the East Coast.

In addition, the cinematography in 1408 was exquisitely handled to allow viewers to fully experience each and every moment of apprehension, anxiety, relief, despair, and hope that Enslin was forced to endure – from the grandest moments like walking into the luxurious Hotel Dolphin or entering Olin’s splendid office, to the equally impactful yet rather ordinary moments like when Olin places the key in the door and unlocks the almost disappointingly humble-appearing room. The atmosphere is ominous and alluring, disturbing and disorienting, exceptional and endless, and complex and chaotic; making it an almost literal cinematic translation of Dali’s famous melting clocks painting titled The Persistence of Memory. 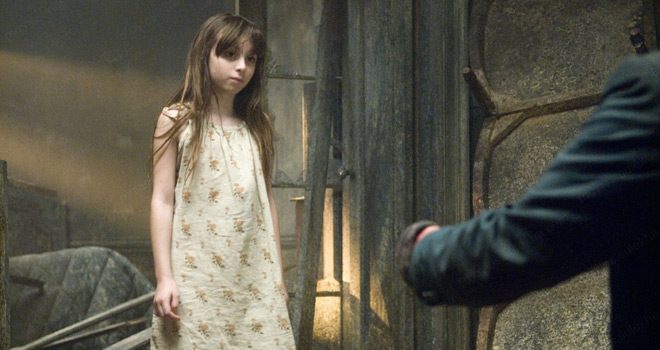 Not to be overlooked, adding more to the film’s atmosphere, the score composed by Gabriel Yared (The Talented Mr. Ripley 1999, Cold Mountain 2003) was brilliantly done. It complements the film’s visuals to grab viewers by their senses and make them feel every terrible, gut-wrenching moment of psychological and physical torment that Enslin forcibly suffered. This could also be said about the special effects which were incomparable at that time, sending viewers on the roller coaster rides of their lives, as they twisted and turned through ceaseless tunnels of manipulated matter, time, and space. Also worth noting, the three featured paintings in 1408 actually differed from those in the original story, and the transformations that took them from being benign and boring wall art to menacing memories or threats of what was to come were nice, but would have been much more appreciated had they stuck with what initially occurred in King’s version.

The symbolism within 1408 was just as prominent and apparent as the continual appearance of the number 13, or the recurring theme of grief. The room represented the fact that each time Enslin checked into one room, he “checked out” of the real world to avoid having to face his demons. Even the crumbling of the room was indicative of the deterioration of Enslin’s mind the longer he refused to face his grief. The number 13 can be found in an abundance of places, but most specifically in the room number, the location’s address, the year of the first death, Bible verses, previous victims who made themselves known on the phone, and finally, in the month and year of the film’s release. 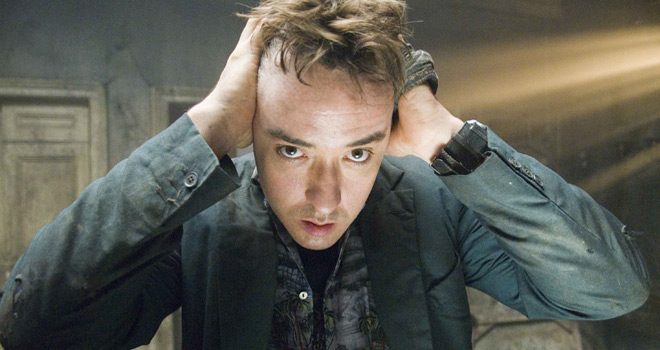 The film’s creators reportedly spent an estimated $25 million to create the mind blowing dream-turned-nightmare, and raked in approximately $20 million opening weekend in the US alone. Overall, the film has received nearly $72 million nationwide and another $60 million internationally; grossing over a reported $132 million worldwide.

A success, 1408 was also nominated for, and won, multiple awards including the 2008 ASCAP Film and Television Music Awards for Top Box Office Films – Yared; the 2008 Fajr Film Festival award for Best Film (Internationally) –Håfström; and the 2007 Fright Meter Awards for Best Actor – Cusack – just to name a few.

Even a decade later, 1408 is the kind of movie that uses visually-striking imagery, brilliantly accommodating music, surreal special effects, and performances of a most superior quality to great advantage, thrusting viewers into the world they only imagined experiencing from the comfort of their home.

Essentially, it is a truly visceral experience that keeps viewers contemplating what is real and what is not until the end while immersing them into a lurid world where time and space do not exist. 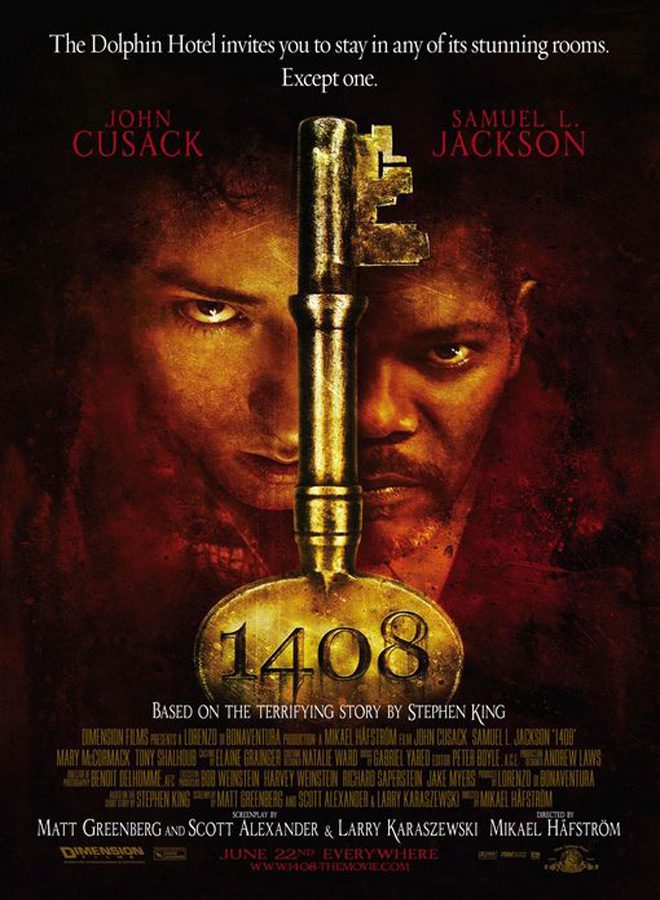