15 Years of Jumps and Laughs with Scary Movie

Evil geniuses have been combining Horror and Comedy in film since 1920’s Haunted Spooks, whether it is a plot, or a featured pairing like the zany shenanigans of Abbot and Costello in any of the duo’s “meet a Universal creature” parody films in the mid-40s through the mid-50s. In the beginning of the 21st century it would be The Wayans Bros that would keep the tradition going with the Scary Movie spoof film released on July 7, 2000. Distributed by Miramax Films, directed by Keenen Ivory Wayans (A Low Down Dirty Shame 1994, Littleman 2006), produced by Eric Lee Gold (Blankman 1994, The Wayans Bros. series) and Lee R. Mayes (Out Cold 2001, White Chicks 2004), from a script written by Shawn Wayans (Don’t Be a Menace to South Central While Drinking Your Juice in the Hood 1996, White Chicks 2004) and Marlon Wayans (The Wayans Bros series, Senseless 1998), with cinematography by Francis Kenny (Campus Man 1987, House Party 2 1991), Scary Movie still ignites laughs fifteen years later. 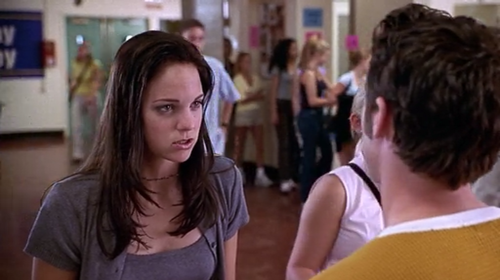 Soon, pranks and mysterious phone calls turn deadly while vulture reporter Gail Hailstorm (Cheri Oteri: Liar Liar 1997, Shrek the Third 2007) capitalizes on Drew’s murder as well as others’ to further her career. Can the crew, with Buffy’s “slow” brother; ”Special” officer Doofy (Dave Sheridan: Ghost World 2001, A Haunted House 2013) solve the mystery before there are no more victims, or could it be an inside job?  David L. Lander of the Laverne & Shirley series fame, the late Rick Ducommun (The ‘Burbs 1989, Gremlins 2: The New Batch 1990), and Kurt Fuller (The Running Man 1978, Elvira, Mistress of the Dark 1988) make cameos as Principal “Squiggy” Squiggman, Cindy’s drug doing/dealing dad, and The Sheriff respectively. 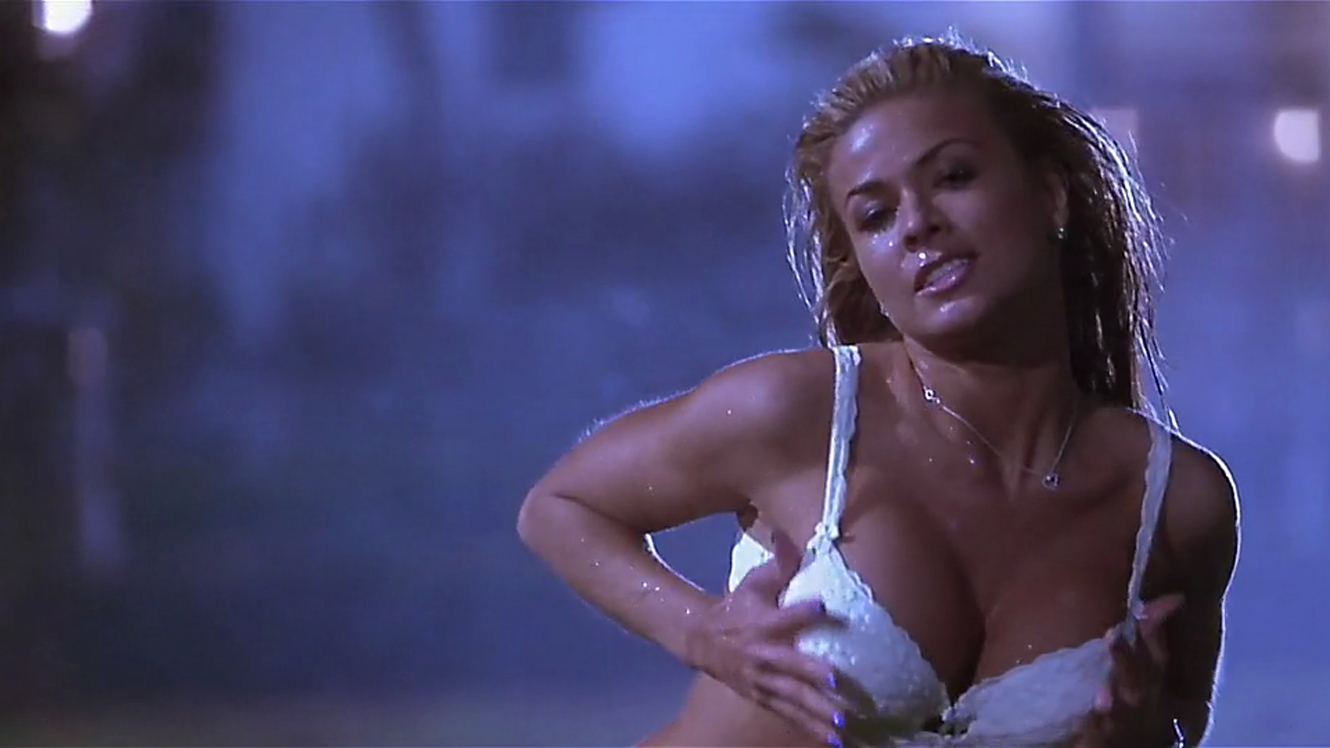 With a slew of crude jokes, Scary Movie was a unique movie also because it was a family affair with the Wayans family writing and starring or having a cameo. Like predecessors, Airplane! (1980) and Hot Shots! (1991), the film’s parodying of older and modern movies (specifically the I Know What You Did Last Summer franchise, the aforementioned Scream franchise, and Halloween, as well as others) while ripping on Horror cliches (tripping, drugs, premarital sex, and more) as the Scream franchise (1996-2011) already had, taking it to another level. This produces good laughs from those who know the reference films while others might appreciate the references if they could get past the low-brow physical, fart, or penis jokes peppered throughout the film. These politically incorrect jokes, which offended some then and still could offend today, along with language and nudity, earned it a hard R rating. Even then, with the attention to detail of the scenes parodied, it is apparent the Wayans were paying homage to the genre as opposed to maliciously taking potshots.

With the Wayans synonymous with humor, Scary Movie was not scary whatsoever; yet, it amassed a $278 million take on a $19 million budget amid mixed reviews with Rotten Tomatoes giving it a 54% “Fresh” rate. This afforded the family to make and star in 2001’s Scary Movie 2, which proved profitable, spawning 2003’s Scary Movie 3, 2006’s Scary Movie 4, and 2013’s Scary Movie 5. Although the last three films in the series were without the Wayans, the talented bunch with a knack for comedy went on to make 2004’s White Chicks and 2009’s Dance Flick , which parodied films like 2001’s Save the Last Dance. Their most current offering will parody the 50 Shades of Grey trend, as they are set to release 50 Shades of Black in 2016. While their career began much earlier with time on the ’90s culture defining In Living Color series and their own hit television series The Wayans Bros., many would say their launching of the Scary Movie franchise is a key defining cog in their entertainment careers.

Of course, in fifteen years, trends have changed; therefore, the “Whassssup” sequence would be lost on anyone who is not at least twenty, but is a nostalgic, if not slightly embarrassing blast from the past. This also goes for the fart and penis gags that have been a humor staple for years, but again, this is a matter of personal preference. Where the film wins is its extensive bleed of parodies of films ranging over four decades. In fact, if one counted, there are approximately twenty-seven popular culture/film parodies sprinkled throughout Scary Movie ranging from 1960’s Psycho to their own Wayans Bros. series. Still, parody and imitation is the best form of flattery, so 2000’s straight-to-DVD Shriek If You Know What I Did Last Friday the Thirteenth, 2004’s Shaun of the Dead, and 2009’s Stan Helsing, among others that followed suit…including a “Cholo Parody” of Scary Movie on YouTube in 2013, coupled with the sequels, proves Scary Movie has guilty pleasure, cult status staying power. 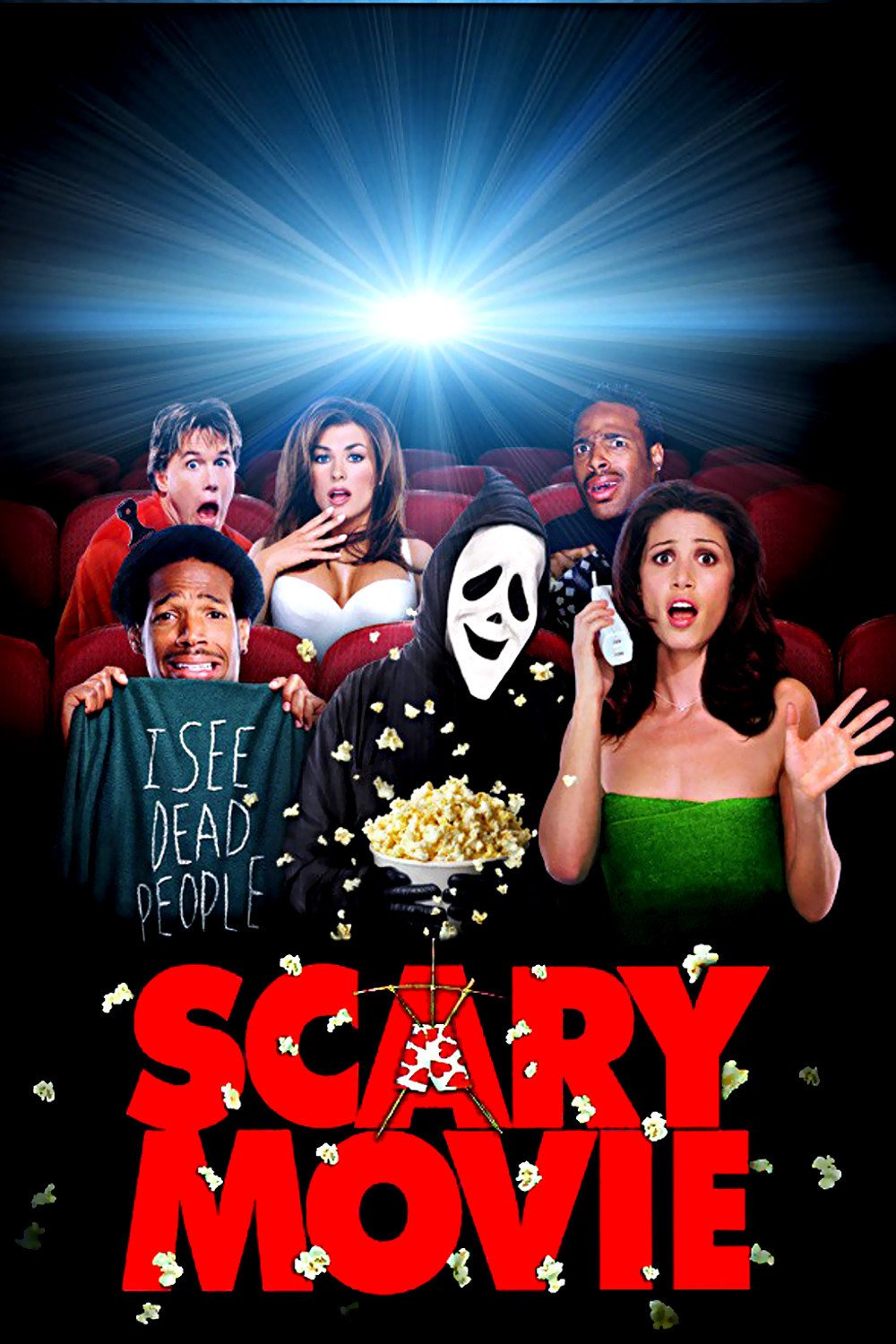