Back in 1990, George A. Romero made the decision to re-write John A Russo’s screenplay for the original Horror classic Night of the Living Dead. A confusing decision at the time for fans of the classic film, Romero had just reason for doing so, and it would soon prove to be a good one. This time around, Russo himself, along with Night of the Living Dead original, Russell Streiner, produced the film, and Romero enlisted legendary makeup artist, Tom Savini, to act as director for for the updated edition of Night of the Living Dead. Now twenty-five years since the film debuted in theaters October 19th, 1990, it remains one of the best remade Horror films of of all-time. 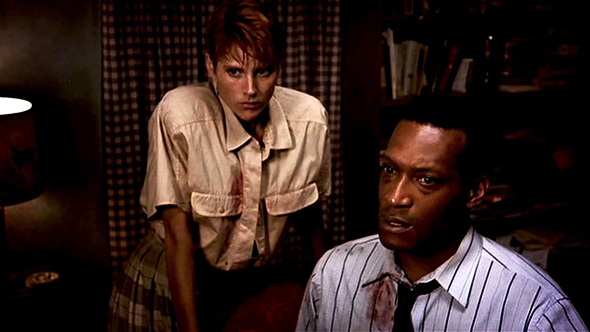 The film starred a number of popular actors, such as now Horror movie legend Tony Todd (Candyman 1992, Final Destination series) as Ben, Patricia Tallman (The Flash 1990, Babylon 5: The Gathering 1993) as Barbara, and the late Tom Towles (Friday the 13th part VII: The New Blood 1988, Leatherface: The Texas Chainsaw Massacre III 1990) as Harry Cooper. Staying true to its predecessor, the story begins with brother and sister, Barbara (Tallman) and Johnny (Bill Moseley: House of 1000 Corpses 2003, The Devil’s Rejects 2005), visiting their mother’s grave. The cemetery is located in a remote location, somewhere in the Pennsylvania countryside. During their visit, the pair are attacked by Zombies and Johnny is killed by the Zombies, trying to save Barbara who runs to a nearby farmhouse.

She manages to avoid more Zombies, and makes it inside the house. A man named Ben (Todd) arrives, and the two get the house Zombie proofed. They find people hiding in the basement, Harry Cooper (Towles) and his wife Helen (MkKee Anderson: Cagney & Lacey 1983, Operation Delta Force 3: Clear Target 1998), their ill teenager daughter Sarah (Heather Mazur: Over Her Dead Body 2008, Crash 2008), Tom (William Butler: Leatherface: The Texas Chainsaw Massacre III 1990, Buried Alive 1990), and his girlfriend Judy Rose (Katie Finneran: You’ve Got Mail 1998, Bloodline TV series). Rather than band together to survive and find a way out, the group argues, and cannot agree on a plan of action. Within these trials and tribulations, the concept of the human struggle for power shows that the story is much more than just about Zombies. Instead, the viewer examines the social dynamic inside the basement amongst a group with little options. 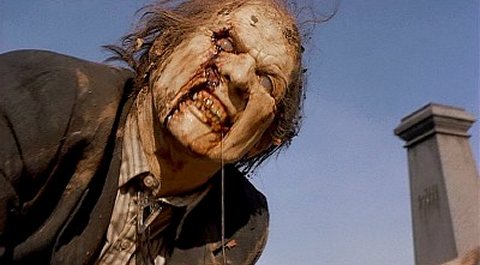 After quite a bit of disruption, they agree on a course of action, only for the plan to be derailed by not the undead, but by those around them. Usually in films of this nature, the survivors band together to survive, hunting their foes, and getting to the end. Although Romero loves to interject a sense of reality into his social commentary, and like the real world, their efforts are thwarted by each other. The intensity of the tight-knit situation increases each scene, with the viewer left wondering who will live, and who will die.

The 1990 edition of Night of the Living Dead is considered by many fans to be equally as good as the 1968 original, and cleverly brings Romero’s original concept into the modern day. Aside from seeing the film made relevant again, Romero had other motives for the remake. One being, there was a massive oversight by himself never making a financial profit off his original film. Furthermore, when Romero head of rumors of someone else wishing to remake the film, and no longer having creative licence over the original, he sought to right a wrong. This bought him to create the remake, and Romero, Russo, and Streiner made a film together for the first time in twenty years. For Savini, he and Romero had a long lasting working relationship dating back to 1977’s Martin, of course 1978’s iconic Dawn of the Dead, and 1982’s Creepshow, to name a few. Originally, Savini was hired for his incredible especial effects skills. Unable to be part of the original film back in 1968, he jumped at the chance to be involved in the remake. However, after some negotiations between himself and Romero, Savini agreed to direct the film instead, making his directorial debut. 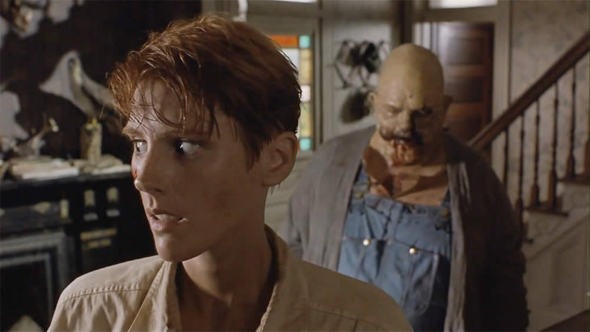 In the beginning of the filming process, Savini aimed to begin the story in black and white, and as it progressed, add the color. As filming progressed he became more and more personally invested in its outcome. He went so far as using his own car as the one Johnny drives in the beginning of the film, at personal emotional cost to himself. Among other aspects of filming, Savini also influenced casting with both Tallman and he being past college acquaintances, which lead to her being cast in the remake. In addition, a man he met in a diner became one of the Zombie extras.

It is often noted by fans of the remake, that the Zombies are amongst the best of any Zombie film made, which is quite a big call. To achieve continuity between the original and remake, the special effects were kept minimal in order to maintain a similar effect to the original film. This came as a challenge to Savini who butted heads with the producers, however, many would say the final outcome was a success. So much so that many would say that 1990’s Night of the Living Dead Zombies are, without a doubt, the most terrifying ever seen on film. 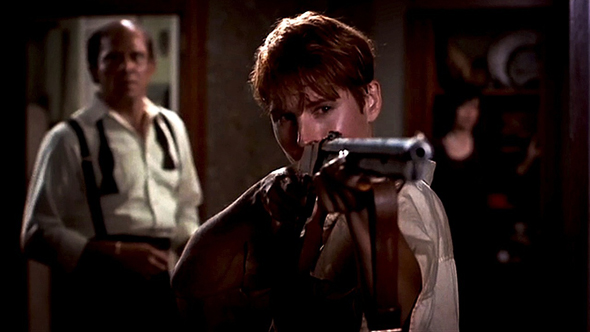 In addition, the story of 1990’s Night of the Living Dead followed the original script pretty well to please die-hard fans, but Romero added some great changes to make it a different film. One of those that is the boldest is of Barbara, whom was a meek and weak woman in the original film. The modern Barbara is a strong-willed woman who can take care of herself, denouncing the stereotype that women are fragile. Furthermore, Romero’s 1990 Cooper is much more nasty than the original, and one can feel the tension between he and Ben much more predominately.

On a commercial level, 1990’s Night of the Living Dead was not received well upon its release. Some critics felt the film was too close to the original and thereby negated the need to see both films. Others found it lacking in several other areas. However, many others saw depth in the film, and equally as good as the original. Interestingly, several scenes were cut from the film in order to avoid the restrictions of a NC-17 rating. Savini has since stated he believes the cuts were responsible to the lack of commercial success of the film. Occasionally, he shows the cut scenes at conventions, and it has since been released to a limited 3,000 units on Blu-ray disc in 2012. Since its initial release, the remake of Night of the Living Dead has continued to gain a cult following, and remains one of the highest quality Zombie flicks, 25 years and counting. 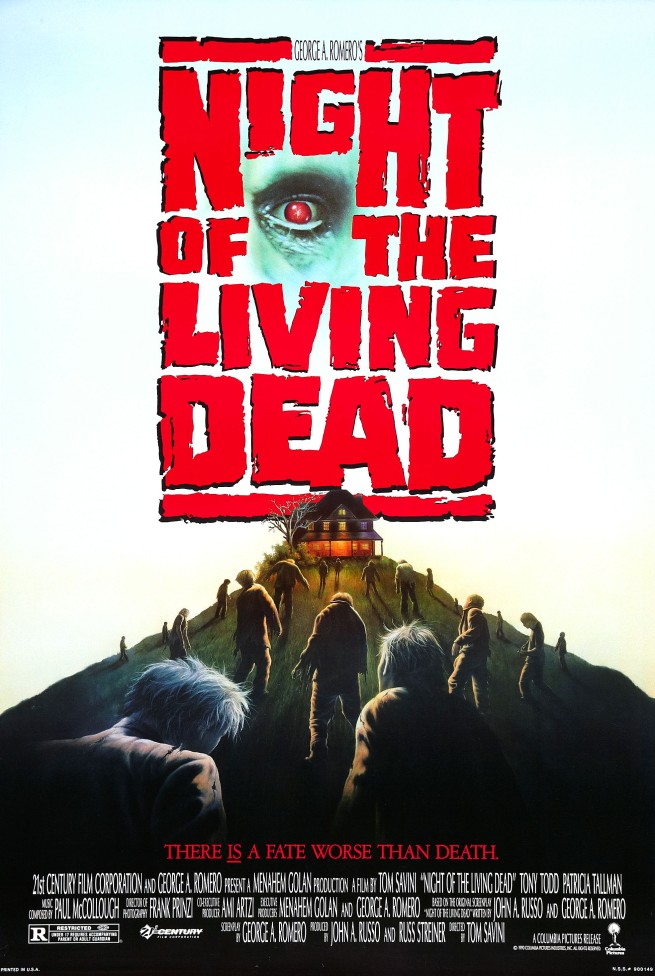