In Neo-Paris, where the majority of people never leave virtual reality, “the revolution did happen. Just not the way people thought it would.” So says Nash (Michael Dopud, X-Men: Days of Future Past, Mission Impossible: Ghost Protocol), the narrator and lead protagonist of the Sci-Fi Action-Noir 2047: Virtual Revolution, set for release on DVD January 16, 2018, through Wild Eye Releasing. After a computer virus kills over a hundred virtual reality users, ex-cop Nash is tasked with finding and eliminating the terrorists responsible. 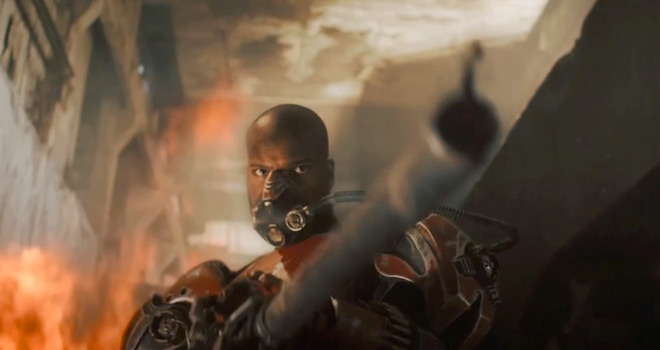 Written, directed and scored by Guy-Roger Duvert (Eyeborgs 2009, Cassandra 2014), 2047: Virtual Revolution appears interested in big questions about the future of humanity. 75% of Neo-Paris’s population has withdrawn from the outside world into a form of virtual reality gaming called “Verses.” They are the Connected. Nash, though, is a Hybrid, one who spends equal time in the real world and the Verses. Nash lost his wife, who was Connected, to a previous terrorist attack in the form of a computer virus.

Nash is a strange protagonist, to say the least. Played with studied world-weariness by Michael Dopud, there is a clear contrast between how he lives in the Verses and in Neo-Paris. In the physical world, he is a lonely man constantly getting beaten up, lucking out in achieving his mission objectives and ungratefully relying on the help of others to do risky work for him, such as hacker/friend Morel, played by Maximilien Poullein (Come What May 2015, Django 2017). In his medieval verses landscape he dispatches adversaries effortlessly like he was a superhero.

2047: Virtual Revolution tries to have a dialogue about the similarities of living in worlds both real and virtual. The score, while not standing out as wholly original, is noticeably audible throughout the vast majority of the story, giving it a video game-like quality and implying synergy between both reality and fantasy. Duvert’s Neo-Paris is a city at once physically held together by the old architecture of Paris’ European past, and yet also the doorstep of a literally more interconnected, some would say globalized and internet-based world. So there’s potential tension between the real world the characters inhabit as opposed to their Verses counterparts, or at least there should be.

The film, though, is clearly not trying to be contemplative in the way of Duvert’s obvious aesthetic influence, 1982’s Blade Runner. There is some thematic meat to chew on here, but 2047: Virtual Revolution suffers from the same issues more standard fare Action/Sci-Fi does, such as an overemphasis on the spectacle of action and fighting sequences and too much focus on special effects (though they are good for an independent movie). 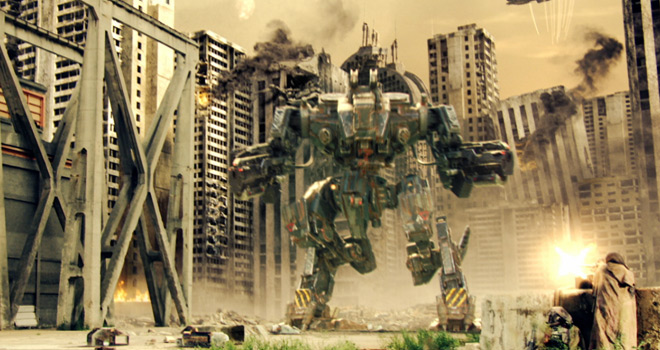 That is not to say 2047: Virtual Revolution fails totally to explore the questions it raises. The visual contrast between Neo-Paris and Nash’s chosen Verses simulation of a simpler, less morally ambiguous medieval time is apparent. Nash’s conflict, in the shadow of his wife’s death, is his inability to make sense of the world he lives in and who to believe throughout his journey. This is solved in a way some audiences may take issue with, which makes for a more interesting ending and keeps the film from being entirely generic.

Does it all come together? It depends on what one feels about Dopud as Nash. Dopud is game for the role, but his character feels so tired that he tires out the viewer. He is doing battle with a terrorist network known as Necromancers, who quite literally see themselves as trying to communicate with and raise the “dead” (Connected) and release them from what they perceive to be their virtual reality caskets.

It is noted repeatedly that the majority of Neo-Paris has willingly chosen to enter into the Verses though, so there is a kind of melancholic and almost submissive vibe to the entire situation that does not quite mesh with the steady action. Dopud’s Nash is something of a passive figure, being used by this group or that, and the viewer can empathize with his frustration over that but not much else, strangely. In a Noir, one expects the characters to exist in shades of gray, but here the tone feels off and the decent ideas it does have don’t feel that thought out.

This lack of energy (kind of tied to Nash) leaves a spotlight on the fighting and shootout scenes. But while Nash explains at one point that the brain regards stimuli real or manufactured in the same way, it is never made clear that dying in the Verses world has any real consequences for the user (it is not clear how the computer virus terrorist attack worked, for example), so there is no reason to invest in the danger the users face while connected (and the audience spends a good portion of the movie there). 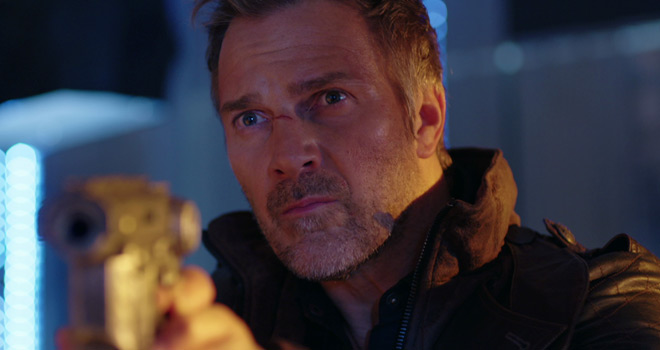 Perhaps this lends further credence to the suspicion that Duvert has a more subversive message than the ending implies, but 2047: Virtual Revolution, despite its premise, seems interested in surface-level philosophizing only. Alas, when Duvert so blatantly invokes Blade Runner as an inspiration for his film’s aesthetic, he is clearly asking for comparison. Nash’s overly explained rationale for his choice at the end suggests Duvert felt his visual narrative was not enough and he needed to hammer a point home.

While 2047: Virtual Revolution is not just dumb Action/Sci-Fi, it does not hit the right notes as a meditation on the themes it overtly wants to explore and as an Action film, it does not do much to stand out. As a result, it never quite feels like it does more than merely use the complex themes it is so enamored with as window-dressing for that standard Sci-Fi Action. For these reasons, CrypticRock.com gives 2047: Virtual Revolution 2.5 out of 5 stars. 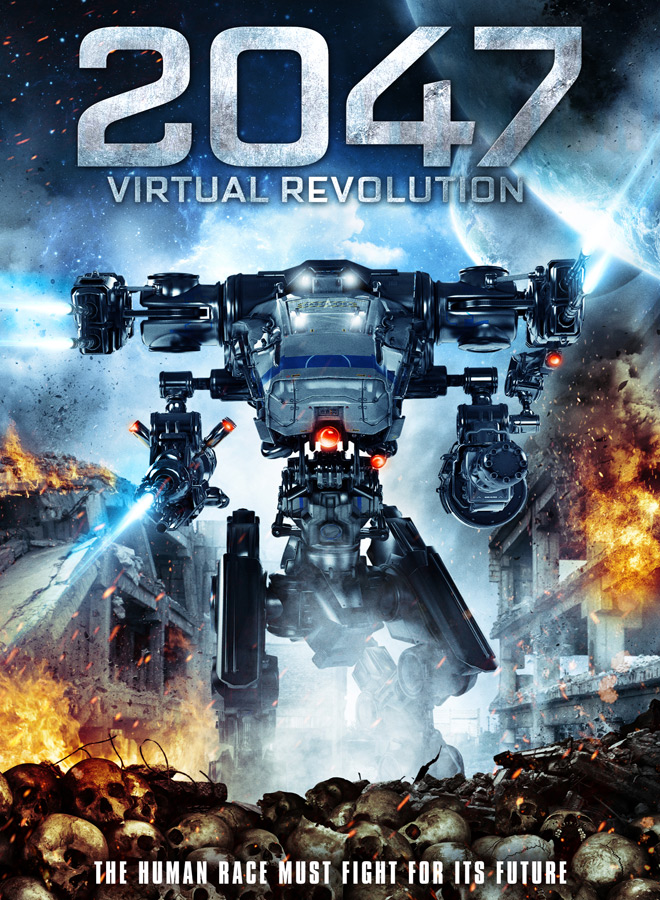