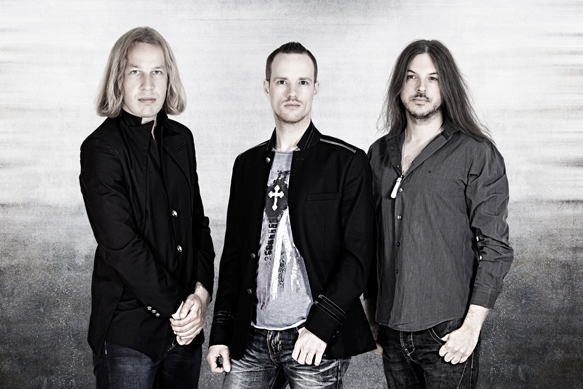 Starting as a all-star Prog-Rock project and releasing their debut album, Into The Open, in May 2014, the Germany-based 21Octayne immediately hit the bull’s eye. Garnering attention by the national mainstream press and big radio stations, 21Octayne became resound throughout the land as the new hope in the Classic Rock scene. Joined with powerful and strong live-performances, as for example supporting Rock legends like Uriah Heep on their European Tour, the band has quickly earned a respectable fanbase and allegiance. Now a little over a year later, everyone can feast their ears on the highly anticipated second helping, simply called 2.0. Released in early October via AFM Records, the band themselves handled the production of the ten new tracks. Shrunken to a trio due to parting ways with Bassist Andrew “The Bullet“ Lauer, who nonetheless is responsible for the bass-parts on the album, the core of 21Octayne consists of Drummer Alex Landenburg (Rhapsody), Guitarist Marco Wriedt (ex-Axxis), and Vocalist Hagen Grohe (The Joe Perry Project). Now they are building a strong unity to take the next step in their career.

Instead of delivering a polished, high-gloss production to satisfy the mainstream, 2.0 offers unexpected rough Rock tunes and was recorded at Grohe’s studio. Straight with the album’s opening first single, “Devil In Disguise,“ Wriedt’s serrating, crunchy guitar-sound surprises in Blackmore-tradition in lieu of a high distorted and affected plastic variant some colleagues of the genre are using instead. Drawing an overall picture, the sound gives the production and 2.0 a face like coming out of the late ’70s or ’80s. Think Rainbow or Whitesnake, but without missing a powerful needed punch.

In this way, the Germans brachiate through the album from song to song, covering the whole specter of the sometimes before mentioned, forgotten heroes, who embossed the genre almost four decades ago. The following, “Take Me Back“ alters on Journey’s paths. Grohe’s crystal clear chorus and the song arrangement is a recommended listen for every Classic Rock fan. Sweet, mass compatible compositions like the first video, as a short film, “When You Go,“ alternates with sensational rockers like “Love’s Just A Heartbeat Away.” It is a track which the chorus reminds of early and the best Bon Jovi times, giving one the bold idea of 21Octayne. The ballad “Lost” marks a definite hit, likewise the funky “The Circle,” which both should be hard to elute from because of their great hook-lines. Then “Fly With Me“ transfers the listener back to above mentioned Rainbow times in the Joe Lynn Turner Difficult To Cure (1981) and Straight Between The Eyes (1982) era.

Although, all this is just the herald to 2.0’s closing. The ten-minute opus called “Tale Of A Broken Child“ should cause excitement among all fans who are waiting for songs reminding of the ’70s, which today is called Classic Rock. Essentially, the track melts all the ingredients the past era stood for. While the roller coaster drive starts, the listener gets a clue how others must have felt when they first heard “Stairway To Heaven,“ before the track accelerates with a dodgy riff in Dream Theater fashion. Beside the huge chorus, the audience may also feel the presence of Ritchie Blackmore and Cozy Powell celebrating their solo-parts on the 1977 live-album On Stage, and it is incredible!

With their second full-length album, 21Octayne exceed all expectations after Into The Open. This piece, 2.0, is contender for the Classic Rock Album of the Year in 2015, and may be the best for a long time. The feat to bring music history to the current era has been accomplished and there is no doubt that all doors of Rock stardom are open for 21Octayne. CrypticRock gives 2.0 5 out of 5 stars. 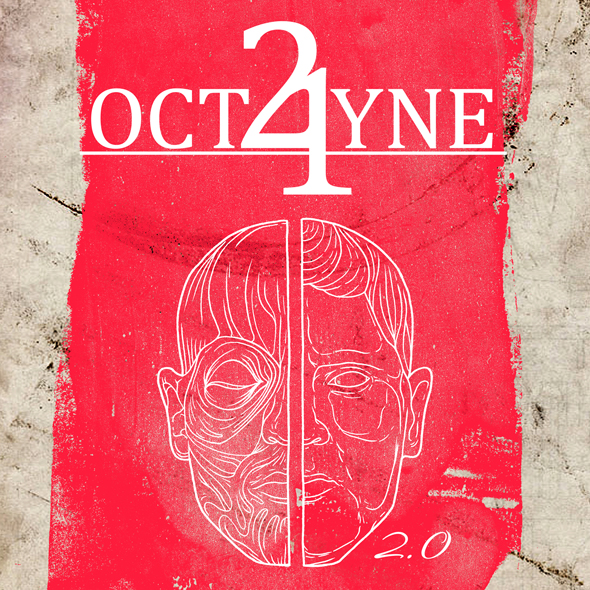