3 Doors Down – Us and the Night (Album Review) 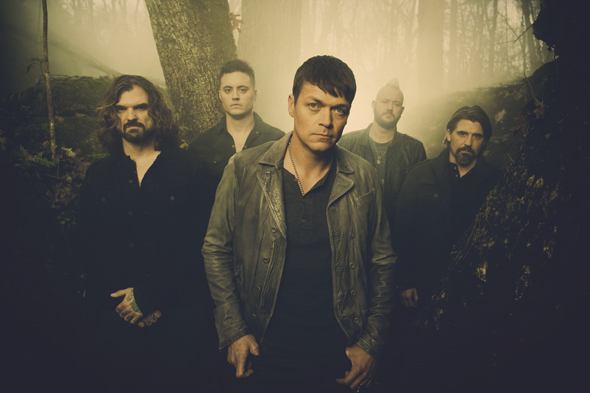 Back in 1995, a band by the name of 3 Doors Down was formed down in Escatawpa, Mississippi. With a particular sound and style all their own, by 2000, they were signed by Universal Records and released their debut album, The Better Life, which saw the band soar to super-stardom rapidly. One of the best selling Rock albums of the new millennium, it was only the beginning as they released Away From The Sun in 2002, a second album at multi-platinum status, proving that this band knew how to make hits.

Then, defying some critics who thought the band would fizzle out, 3 Doors Down continued to pump out one highly charted album after another, including 2005’s Seventeen Days, 2008’s self-titled effort, and 2011’s Time of My Life. In a time when Rock-n-Roll was being meshed with other genres, they defined the line with strong guitar melodies, deep lyrics, and a broody overtone.

Since then, the band has been quite busy on the road touring across the United States and over in Europe. Although, the road has not been easy for 3 Doors Down, they have sustained personnel changes, including former guitar technician Chet Roberts joining in 2012 in place of Matt Roberts, and Justin Biltonen becoming the full-time bassist in 2013, replacing Todd Harrell. With Lead Vocalist Brad Arnold, long-time Guitarist Chris Henderson, and Drummer Greg Upchurch, along with the newer members, the band find themselves in perhaps the best place of their career.

While some fans may have thought 3 Doors Down had gone away, Arnold and company are out to make a big wake-up call that they are here to stay as they get set to release their new album, Us and the Night. Their first full-length album of new material in nearly five years, their sixth studio offering is eleven songs that the band spent plenty of time putting together. Out March 11th, the album consists of eleven tracks and was recorded at Rivergate Studios down in Nashville, TN with accomplished Producer Matt Wallace (Faith No More, Maroon 5), ready to give fans the new material they have yearned for.

With new bandmates comes new directions and ideas, many of which color this album heavily. The first track, “The Broken,” opens things up with a high-energy Rock anthem that quickly motivates the listener with a positive message. The song is about encouraging people who have given up, struggling with a weakness, or have been cast aside to not give up – that they are stronger than they think and they are not alone. Then, the single “In The Dark” kicks things up a notch with its punchy guitar dynamics and well-balanced bass line. This track is about a fierce seductress, and the rhythm of the instrumentals really strengthens that image. Rolling along, “Still Alive” features awesome dual guitars that lead into some heavy lyrics, with a solo guitar riff that gives a polite nod to ’80s hair bands. Short but sweet, the song’s title is perhaps a nod to those which thought 3 Doors Down had gone away.

Up next, “Believe It” possesses a inspiring message about being who you are with lyrics such as “Everybody’s got a right to change / I didn’t say that I would / Sometimes you have to do your own thing / And I think that I should.” Always known for personal lyrics, Arnold continues to deliver such emotions, and that sincerity is part of what makes the singer so successful and inviting to audiences. Starting off with a rough and grainy sound is “Living In Your Hell” while the drum kicks along, promising to be a steady, yet energetic Rock song. Arnold’s voice bounces with the beat, complementing this style well. Slowing things down a bit, “Inside Of Me” is introduced with a somber piano solo. Arnold begins singing with emotion, backed up by quiet secondary vocals and stringed instruments that lend a haunted sound. Acoustic guitars and a simple drum line grace the track, adding the feel of hope to it. Showing they are not afraid of experimenting with different styles, “I Don’t Wanna Know” has a Latin vibe to it. Short, powerful bursts from the acoustic guitar and a choppy drum line contribute to the overall style while the electric guitars add a Rock sound to the song for a successful mix of the two different styles. It is a song some listeners who have seen 3 Doors Down perform in recent years will know, and the studio recording is just as fun.

Keeping the wheels turning, “Pieces Of Me” comes on with a bass line that works with a combination of acoustic and electric guitars to project a feeling of melancholy and nostalgia. Dual vocals echo a theme of trying to be a better person, but still having weaknesses to overcome. With a deep meaning, this is the type of track fans have come to expect from 3 Doors Down. With a more traditional Rock ballad, “Love Is A Lie” see the band going in a different direction. Drawing a picture of burning some rubber and getting away after a furious break-up, it has an enthusiastic beat and straight-forward lyrics. Returning to the rousing feel of earlier tunes, the title track comes on with a gritty electric guitar opening and a beat that will get the listeners’ heads bobbing in time, singing, “Let’s enjoy the ride..” This is before the final track, by the name of “Fell From The Moon,” which has a simple opening on the piano with a slightly raspy first verse followed by contrasting vocals in the chorus. Overall, it is an intricate, yet soothing song, and a distinctive way to end the record.

Us And The Night is reminiscent of the customary 3 Doors Down style, uniquely updated. The album feels like the playlist for a new beginning in life, or just a road trip in the Summer type of soundtrack. A common theme throughout the album is one of overcoming trials with hope for the future. It feels fresh overall – if at times hectic – with the different styles incorporated. Track succession, from one to the next, could leave some fans frustrated with the lack of a consistent flow, but if they stay the course, they will soon see 3 Doors Down have something special to offer. There is no doubt the band wanted to push the envelope with a new sound on some compositions while still being true to the 3 Doors Down technique. Nearly all of the songs are catchy and will have the listener singing along quickly after hearing them for the first time. As a band known for their hit songs which transport the listener back to the moment they first heard them, Us And The Night has more than its share of that quality and power. CrypticRock gives this album 4 out of 5 stars. 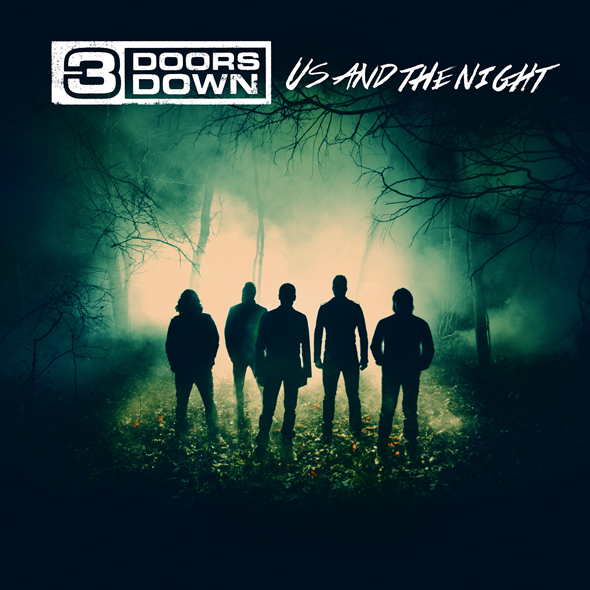 3 Doors Down, Brad Arnold, rock, Us and the Night
Print page
0 Likes