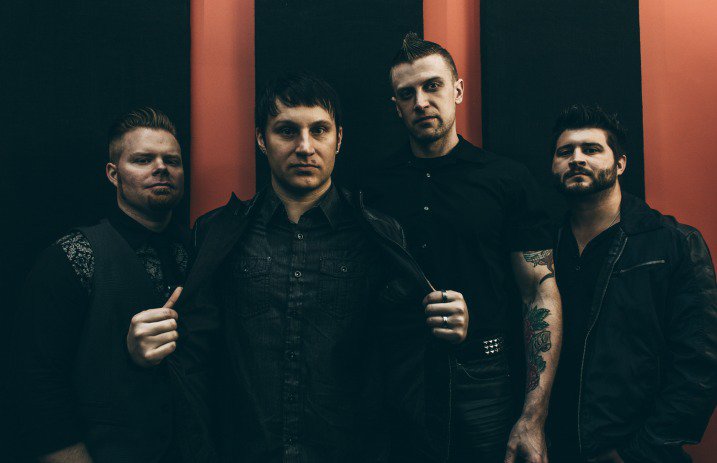 Hard work and determination, the two key elements to success. Subscribing to that notion since 2004, Minneapolis, Minnesota’s 3 Pill Morning are vigilant in their quest. While the road has been paved with lineup changes and shifts in musical direction, it has all paid off as 3 Pill Morning return in 2016 with their sophomore album, Never Look Back. Perhaps reflecting their attitude within the new album title, 3 Pill Morning are coming off 2012’s debut, Black Tie Love Affair, which kicked the band’s notoriety up, gaining a spot on Billboard’s Heatseekers chart. Hitting the ground running as of July 29th via Countdown Entertainment with distribution through The Fuel Music, the 11-track album was funded in help by fans. A testament to the band’s growing following, founder Jeff Stebbins (vocals) along with Jon Stephenson (guitar) and Ryan “Riplee” Lee (bass guitar, vocals) are ready to show that fans’ money was well spent.

Giving everyone a jolt, “Electric Chair” begins the album with gritty guitars and high energy. Complemented by Punk style vocals that glide in, an eerie reverb adds a slight psychotic effect. This is followed by “The Hunted,” which features slightly funky futuristic intro as background chanting lends an Industrial feel throughout the song. This is in contrast with the softer vocals of Stebbins in the chorus, which present a lesson in living in a changing world. Keeping the adrenaline pumping, “The Queen” brings on some diverse instrumentation and featured effects as Stebbins’ voice cements the pride and passion of the lyrics. All in all, it is a complete Rock track that is well-grounded in the modern era.

With guitars that imitate the sound of a lens zooming in, “Escape ” gives way to a steady beat and a gentler vocal approach from Stebbins. Lyrically, the track searches for a deeper meaning in personal relationships and growth as a person, a feeling Stebbins vividly emotes in his singing. Utilizing more effects on the guitar sound, “Never Look Back” quickly dives into a full-fledged Rock sound. Co-written by Charlie Scene from Hollywood Undead, backup vocals add just the right amount of Anthem-like feel to the song that could fit perfectly in a live set for the band.

With an ominous introduction, “Vultures “ comes with acoustic guitars changing the tone of the album dramatically. Quiet, but powerful vocals sing out, “We need a hero…watching the vultures feed on pain…” and the song takes on a desperate feel, but one that shows the multi-layers of the band’s songwriting. Then, kicking things back up, “Bottom of the Barrel” features echoing screaming from Stebbins in the forefront before his strained approach meshes with grainy, ramped up guitars. Conveying a feeling of frustration, it hits hard and seems to find resolve within itself.

Changing things up again, “Out the Door” starts out with an edgy synth before it opens wider for a solid Rock beat. Anthem style vocals return, and yet again, it could easily be hard as a mainstay in a 3 Pill Morning live show. Keeping the peaks and valleys coming, “Tonight I Wrote a Song for You” alters the pace a little with a haunting futuristic beat matched by passionate singing. Joining in are drums and heavier guitars, it morphs into the type of soundtrack that accompanies a life-changing experience. Restarting the muscled Rock, ”Crumbs” builds with killer guitar tone and crashing drums. With a resolute theme, Stebbins’ voice once more is front and center, pouring out his heart to listeners. This leads to the closing of the album with “Kill for You” as the words express a consuming confession of love. Industrial leaning during the verse, ringing guitars serve to illustrate the emotion of the lyrics during the chorus and concludes the record on a high note.

Never Look Back has taken Rock music and mixed it with modern effects, doing it in a way that is very graceful. Each track explores and highlights each element, presenting something different as “the cherry on top.” Each song features techniques used in new ways, while passionate vocals and heavy guitars pull it all together. This is quite refreshing, to hear a band challenge to do something different, and best of all, they can pull it off live. That being said, it will be exciting to hear some of these new tunes as the guys continue to tour in its support on the road with Thousand Foot Krutch, Adelitas Way, and Smashing Satellites. Overall, CrypticRock gives Never Look Back 4 out of 5 stars. 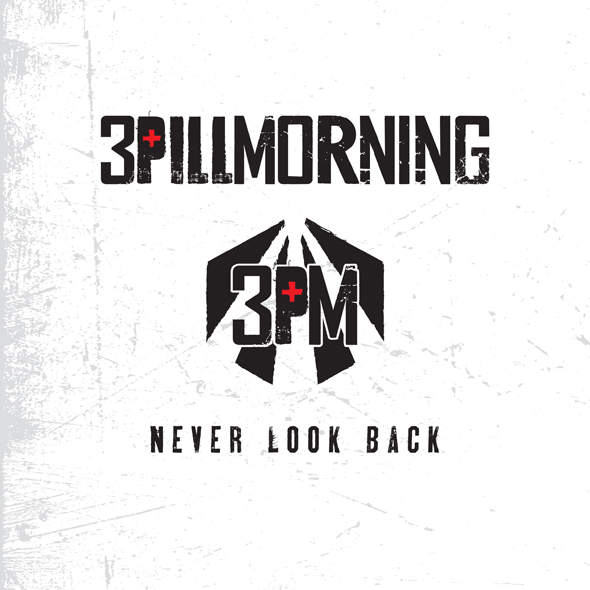