When it comes to Horror films, one name in the community that seems to split fans right down the middle is Rob Zombie. Of course his music has seen its praise, and still continues to, however, his efforts of a filmmaker are either something one fan will undoubtedly love, while being something another loathes. There really does not seem to be much of a middle ground, it is a love it or hate it type of thinking, but Zombie provokes a reaction either way. 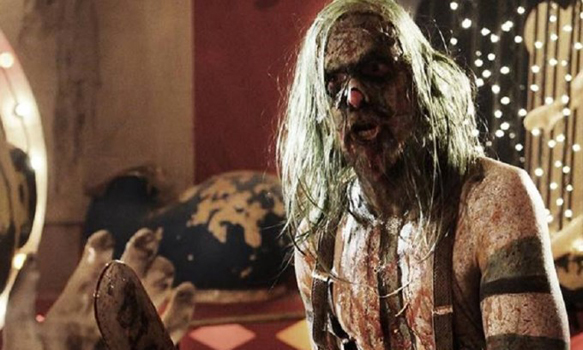 His newest effort, 31, is one fans of his films were excited for – and a majority of those that are not, well, were not. His first written, directed, and produced feature since 2013’s The Lords of Salem, 31’s plans were announced as early as 2014. Compared in a test screening to his 2005 hit The Devil’s Rejects, 31 premiered at the 2016 Sundance Film Festival on January 23, 2016 before Saban Films acquired the rights to distribute the film, giving it a limited theatrical release on September 16th. Since available to the masses via VOD, 31 is a Horror film that deserves some attention.

Taking place on Halloween in 1977 following a group of traveling carnies who are presumably on their way to a show, they are trapped en route and kidnapped to participate in a violent game where the rules are simple – stopped for 12 hours to fight, survive, or die. Inside the “hell,” a trio of rich aristocrats have set up a band of fiendish killers that are as outlandish as they are deadly. As the group dwindles down, they begin to fight back and proceed to play along in the blood-drenched game. 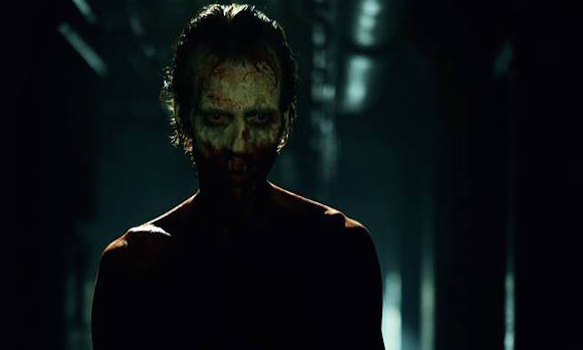 Each killer brings something unique to the table in the sense that none are really exactly alike, they all have their own personalities that are over the top and just flat out fun – for the most part. The most deadly of the group is Doom-Head (Richard Brake: Batman Begins 2005, Thor: The Dark World 2013) who opens the film with an almost poetic monologue while essentially explaining to his next victim, that no matter what happens in that conversation – he is going to die. As far as stand out performances go here, Mr. Brake is really the one that takes it home. Not to be overlooked, Meg Foster (They Live 1988, Lords of Salem 2012) also showcases her chops and pulls some punches as well.

Now the bad, of which there is some. Firstly, this is the kind of film viewers need to turn your brain off to watch. It is a film to just go in and go along for the ride. Some things will make no sense, some things will be too convenient, and some characters will make some questionable decisions. This is no more or less than most Horror movies these days, so that can be overlooked really.

More positive, at times, the writing can be clunky and at other times, it is downright poetic. It does not go for originality or anything that will not seem too familiar. In that aspect, it seems lazy and uninspired. Thankfully Mr. Zombie keeps 31 going with enough gusto that at the end of the day it is still enjoyable. 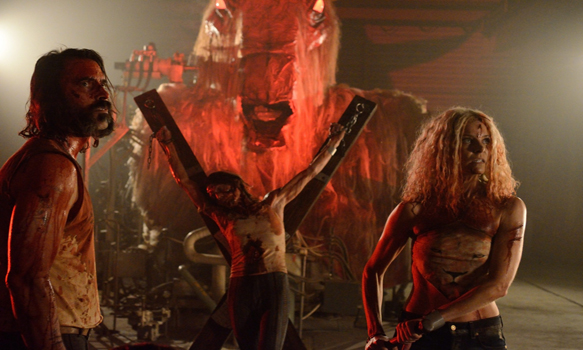 All in all it is a fun carnival ride straight into hell and back. Over the top performances, gore abound, and some wildly unique characters will make 31 stand out. It cannot be stressed enough, those who are not a fan of Zombie’s previous film efforts probably will not enjoy 31, but you never know. Those who appreciate his work, more than likely will dig this one with its simplicity of it and the just flat-out balls to the wall mentality it has zero issues showcasing. With a film that has a Nazi, Latino dwarf as a first killer in the lineup, really, anything goes. Think the first three acts of 2003’s House of 1000 Corpses blended with a bit of The Devil’s Rejects with a dash of 1987’s The Running Man, you essentially have 31. CrypticRock gives Zombie’s latest creation 4 out of 5 stars. 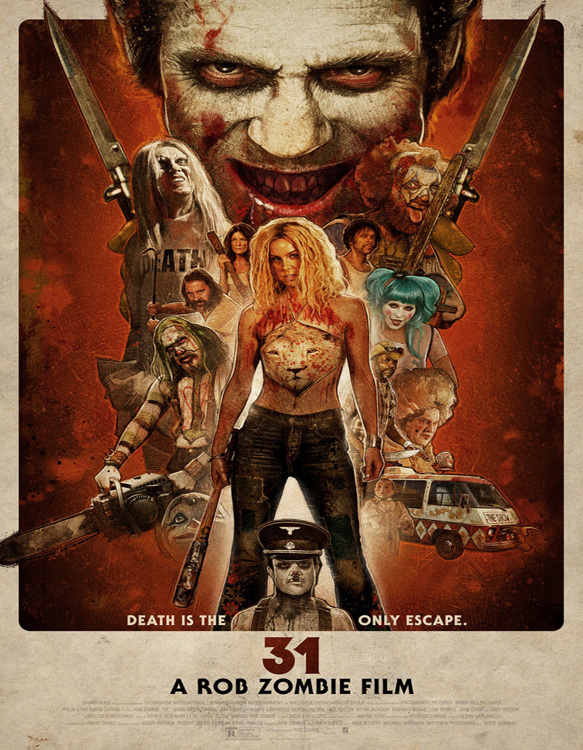