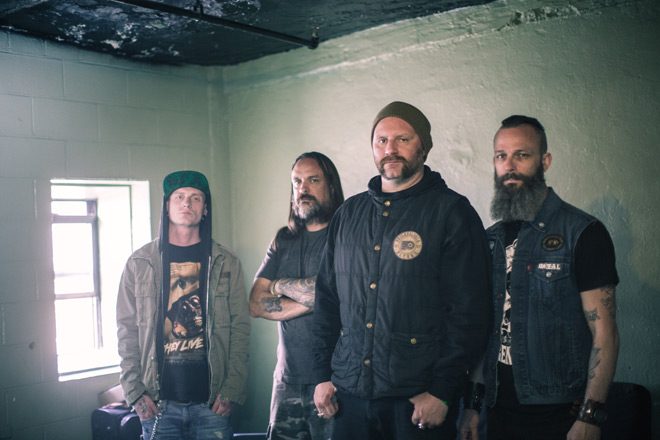 In 2o plus years as a band, you could say that 36 Crazyfists has developed a knack for what they do. For one, the Alaska-based Metallers certainly have developed the ability of delving deep into the soul and enticingly exposing its contents, for all the world to see.

Filled with unbridled honesty, the Anchorage quartet’s latest album, Lanterns, due out Friday, September 29, 2017 through Spinefarm Records, further defines the band’s lyrical ability. A follow-up to 2015’s comeback record Time and Trauma, intensely personal, much of Lanterns’ lyrics were born from a place of darkness – but as the title indicates – even in the blackest of times, hopeful rays can still carry us through.

“Lanterns represent the light we all seek,” explains Vocalist and Songwriter Brock Lindow. “These songs are all about struggling to locate it and trying to find the way to move forward and get past what has mentally hampered you in your life. Everyone deals with depression on some level. It’s a matter of how you’re going to get out of it, put one foot in front of the other, get up, and live in this dark spot.”

To that end, the band joined the Finnish Rock/Metal label after a nearly four-year recording hiatus. Taking their name from a Jackie Chan movie, 36 Crazyfists reemerged with 2015’s Time and Trauma, which landed them a career high, hitting number two on the Billboard Heatseekers Chart. Chief in the band’s catalogue is the definitive 2004 album A Snow Capped Romance, an effort which brought the breakout track “Bloodwork,” featured on the Resident Evil: Apocalypse soundtrack.

As for the latest release, Lanterns opens with an auditory kick in teeth via “Death Eater.” As breakneck riffs and rapid-fire percussion open the chasm for Lindow’s guttural vocals, it is easily the heaviest song in the pack. “Lyrically, it’s about how it feels being on the top of the mountain without a care in the world and having everything crumble,” Lindow says of the track. “You don’t suspect your life can turn upside down in a blink. When that does happen, who is there to support you and help you get back up?”

“Wars to Walk Away From” is the next dog in the sonically driven fight, gnashing its teeth via Lindow’s throaty hooks. Then the gruff guitar grooves of “Wars” give way to catchier openers on “Better to Burn,” but as the infectious intro weaves through you, a sonic beatdown, complements of Whitney’s bass, soon follows.

Among the more intriguing tracks is Lanters’ closer “Dark Corners” where sans crushing guitar and driving drum beats, Lindow’s vocals command less urgently – and take center stage – throughout the haunting melody. It is that song that seemingly brings the album’s cover to life, where we see a man shrouded in melancholy-grey fog clutching a lantern, that metaphorically pulls him from the dark corners of his mind. Another departure from 36 Crazyfists’ gut-punching riffs and percussion comes midway through the album, on the largely acoustic “Where Revenge Ends.” Here, Lindow’s often primal vocals are tempered, while the band’s range is expanded, as a whole.

Entrenched in emotion and fervent sound, Lanterns is a solid effort that showcases 36 Crazyfists’ maturation. For that, CrypticRock gives it 3.5 out of 5 stars. 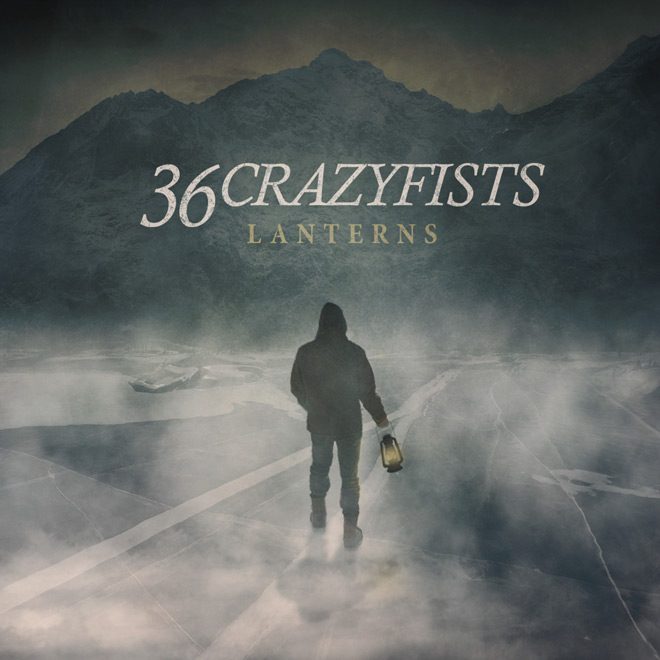 Atreyu – Baptize (Album Review)
Like the in-depth, diverse coverage of Cryptic Rock? Help us in support to keep the magazine going strong for years to come with a small donation.