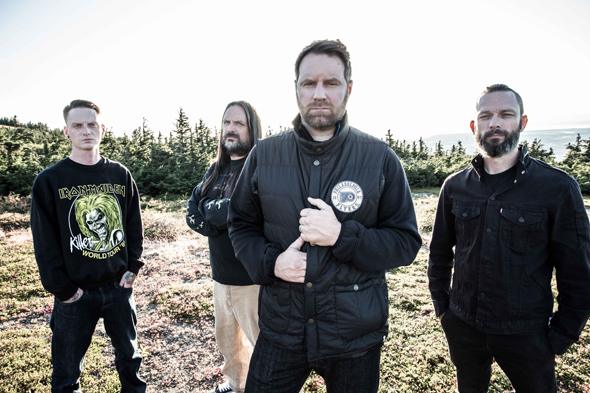 If any band deserves to bang their heads with the greats, it is 36 Crazyfists. Created in Anchorage, Alaska, back in 1994, the band consisted of vocalist Brock Lindow, bassist JD Stuart, guitarist Ryan Brownell, drummer Thomas Noonan, and guitarist Steve Holt.  Sustaining some major struggles, but triumphing with amazing success, the band overcame the tragedy of the death of Stuart in 1996, following through with their independent debut album In the Skin in 1997. With little recognition on the first album, Lindow only grew more hungry to bring fans their sophomore album Bitterness the Star in 2002, released via new label Roadrunner Records. The album blew up, sending this hard hitting band into full motion. After many positive reviews and stunning concert performances, the band threw listeners A Snow Capped Romance in 2004, which included the popular hit single “Bloodwork“ that was featured on the Resident Evil: Apocalypse motion picture soundtrack. Having toured with some extraordinary, well-known Metal acts through the years, 36 Crazyfists bring to aural attention a new addition to the world of Metal on February 17, 2015, releasing their sixth album Time and Trauma. Now signed with Finnish label Spinefarm Records, it is the band’s first album in five years, and the question immediately is raised, was it worth the wait?

Answering the question, Time and Trauma is a very unique and overly gratifying album in its own. The band’s new lineup of mainstays Lindow and Holt is joined by a returning Mick Whitney on bass, and 2012’s addition, Kyle Baltus on drums. Combining their skills, the band put together tracks that bleed massive riffs with a melodic structure that make up their trademark sound. The lyrics are just as positive to hear, as it is a sure look at what this band had to overcome in the past and how they will, and did, prevail. The sound of the album is very reminiscent to their older work, but engage in a more mature and colossal approach. Having already spawned two singles in “Also Am I” and “Swing the Noose,” the first of the two is definitely a track that stands out, showing that maturity can be brought to fans with awesome breakdowns to showcase. It is a powerful song with a motive, to uplift someone to endure the obstacles in life.

The opening song, “Vanish,” paints a dark portrait of loss in a relationship which sets the stage perfectly for the rest of Time and Trauma. Meanwhile, other songs such as “Translator” are fast-paced, fist-raisers that show the therapeutical aspects of Metal. If anyone thinks they have gotten softer with age because of the progression in sound, think again folks. Just turn it to the track “Silencer” and find out the brutality of headbanging that this band continues to bring. The album, overall, has a steady flow with changes as each track comes and goes. One song can be very technical and progressive, while the other can just make the listener want to grind their teeth and throw down.  A prime example that combines the two textures is later album offering, aforementioned single, “Swing the Noose” which is very technical, but crashes through the eardrums with blasting double bass and finely crafted breakdowns. Directly following is “Gathering Bones” which has to be heard to even grasp the delight of it. Listeners are given amazing lyrics and fine instrumentals to complement it all.

Time and Trauma is one of the very few albums that can show a band’s progress while still pleasing their core fan base. The overall mood of the album is very bright, but brought to listeners with an occasional dark premise of lyrics to show the bands former struggles with life and depression. As with any album, the songs can mean whatever the audience wants them to or can relate to. To 36 Crazyfist, these songs mean triumph and overcoming the impossible. It screams that, no matter what tragedy or obstacle, Lindow and the band’s fresh line-up will always conjure up some fine, good Metal. Simply put, Time and Trauma shows that hard work and perseverance can pay off.  Twelve tracks in all, the cohesive effort of the album is seamless. So, boldly answering the question of was it worth the wait, yes it was. CrypticRock gives Time and Trauma 4 stars out of 5. 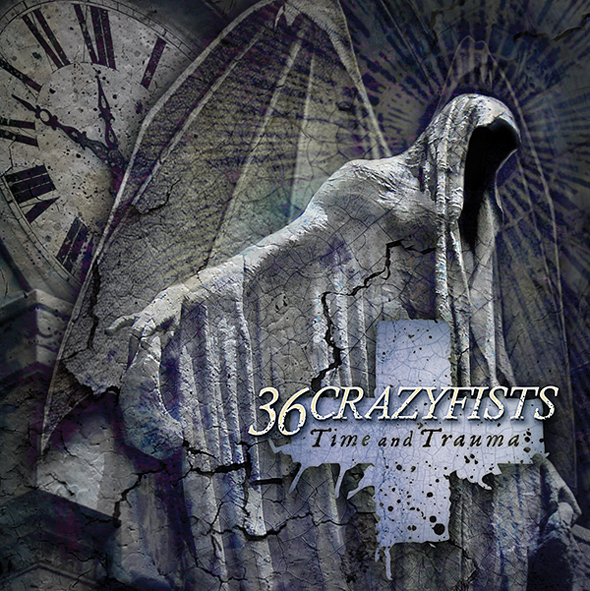