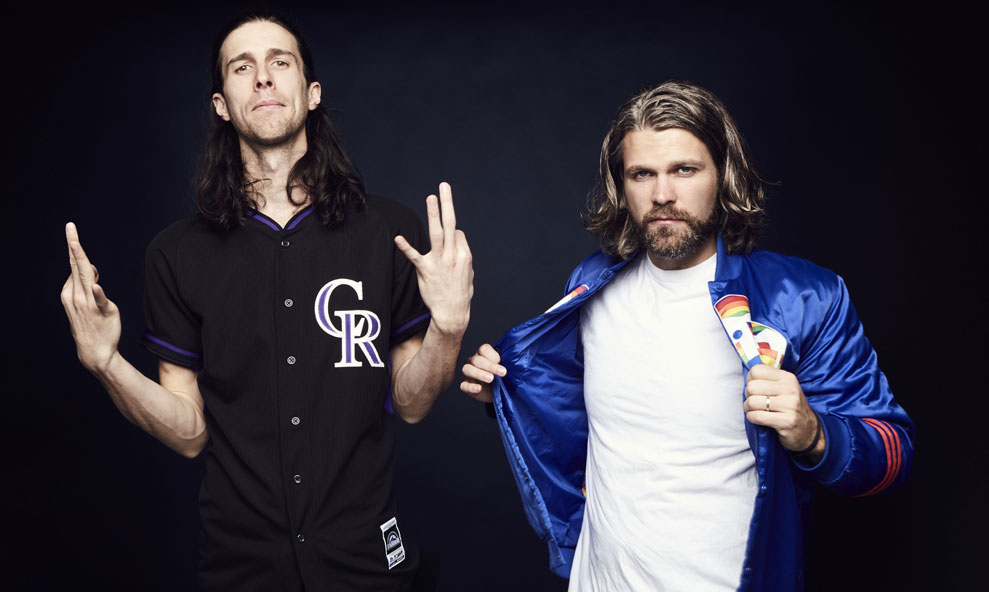 The duo of  Sean Foreman and Nathaniel Motte, out of Boulder, Colorado, otherwise known as 3Oh!3, has made quite a name for themselves over the past decade. Initially releasing a self-titled album independently in 2007, they shortly after signed on with Photo Finish Records and released Want in 2008. Their first album to break into Billboard charts, it was anchored by the hit single “Don’t Trust Me,” which reached # 7 on the Billboard Hot 100. A part of the new generation of Electronic music, 3Oh!3’s sound is a mixture of Pop, Synth, Hip Hop, Dubstep, and everything in between. Some may say it is impossible to categorize, others may even be confused by it, but the best word to describe it would be inventive. Now, after a three year wait, they are back with their fifth studio album, NIGHT SPORTS. Their first under Fueled By Ramen, the album comes with much anticipation to their fans who wondered if new music would ever see the light of day again. Released on May 13th, the new album is here and everyone has a chance to see what the duo has been up to behind the scenes.

Eleven tracks in total, NIGHT SPORTS begins with “Fire In The Heavens,” showing a different sound of 3Oh!3. Somewhat of an upgrade of their original work, the track is repetitive, but a catchy way to start the new record. Following is the very Hip Hop heavy “Hear Me Now.” Their third single off the album, it steps away from the Pop Electronic elements the band is known for, but has some interesting moments placed throughout such as Spanish-like guitar and a thick bassline carries along. Then, “Mad At You” mixes the styles of the first two songs, and it works quite well. Filled with tight raps, a sung chorus, and Synth instrumentals, it is one of the more enjoyable pieces of the album.

Starting off with an electronic instrumental comes their fourth single, “Freak Your Mind.” Extremely catchy, it is one of those songs that will embedded itself inside a listener’s head and not leave. Airy and smooth, it is a fitting Pop tune that could get airplay on multiple platforms. Next comes “Give Me Something To Remember,” and while it is not a single, it definitely has the potential to be one. One of the boldest moments on the album, it is a very emotional ballad coming from the duo with more Pop elements than before. Turning back to their original sound, “7-11″ is filled with Hip Hop, Electronic textures, and very interesting lyrical content.

Continuing on, “BASMF” starts off sounding like a circus. The second single released, like many 3Oh!3 songs, it is very catchy. Continuing to live up to their name with offering comedic lyrics, lead single “My Dick” is the epitome of such. It is the type of song that people will either love or hate, there is no in between. Then, “Inside Boy (Yep)” features the a typical 3Oh!3 sound and it could easily fit on one of their previous albums nicely. Slowing it down once more, “Claustrophobia” is another ballad-like song. A solid cut, it is filled with more Pop and a hint of Electronic to make it worthy of listening to. Keeping with this sound that works well for them, the final track, “Hologram,” is very heavy on the Electronic style. Almost absent of Pop, it is a strong tune and really spotlights what 3Oh!3 are capable of with electronics.

3Oh!3 are definitely a unique band. Mixing Pop, Hip Hop, and Electronic together is a hard thing to do. With that being said, some may feel the duo missed the mark with NIGHT SPORTS. It really all dependent on one’s sense of humor and if they enjoy the more tongue-in-cheek side of 3OH!3 or the more serious side heard within their ballads. In fact, their talents for constructing the latter is so strong, many would hope they do more of such in the future. CrypticRock gives NIGHT SPORTS 3 out of 5 stars. 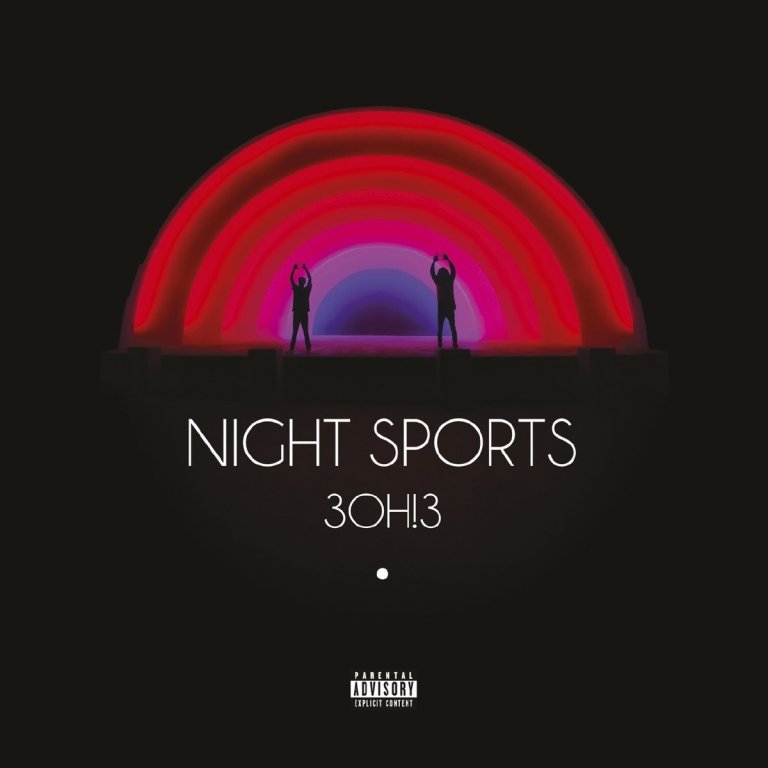