5 Years After the Fall (Movie Review)

Since the dawn of civilization, mankind has been fascinated with what will happen when everything deteriorates and the world as they know it ends altogether. Set sometime in the future, 5 Years After the Fall takes place in a post-apocalyptic world, focusing on two survivors, Jacob (Zorba Dravillas: 21 Brothers 2011, Funny Thing About Coffee 2013) and Grace (Nicole Garrett: debut). Released to VOD/DVD on June 14, 2016 via Sector 5 Films, this Horror/Drama directed by Brent Nurse (An Undertaking 2011, Funny Thing About Coffee 2013) and Steven Spencer (debut film) tells a seriously bleak tale. 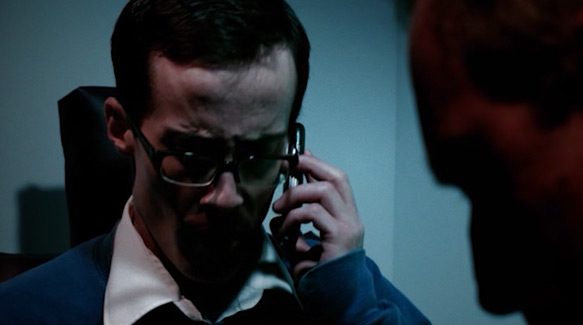 It all begins with Jacob (Dravillas) talking to his wife Melissa (Michelle Parboosingh: debut film) on a high-tech, futuristic cellphone as he boards a train after work, while news reports playing on a television in the background hint at wars and starvation becoming more prevalent. On the train, Jacob discusses the merits of the company he works for with a fellow passenger, and we learn that his company is trying to save the planet.

Flash forward to sometime in the future and a planet-devastating event has occurred: there are very few survivors, all of whom are left to fight one another for the limited non-contaminated food and water. Jacob’s days are now spent simply trying to survive, avoiding being eaten by cannibalistic gangs which now take up much of the earth’s population.

Struggling to stay alive in these impossible circumstances, Jacob one day finds what he thinks is an abandoned building.  Inside he discovers food and tons of weapons, and ironically realizes he’s walked into a gang’s hangout. This particular gang is run by Breckin (Clayton Garrett: Ruby Can’t Fail 2010, 21 Brothers 2011), and, in a cruel twist, Jacob decides to use the building and its weapons to his advantage against the cannibals.

During Jacob’s exploration of said building, he discovers a bound woman named Grace (Garrett) whom he frees and they ultimately join together to fight Breckin and his band of not-so merry men. Days and weeks blend together in a seemingly endless stream of gang members, until one day they must both make difficult decisions; and while it appears Grace and Jacob share similar motivations, both are prepared to kill to survive – even if that means each other. 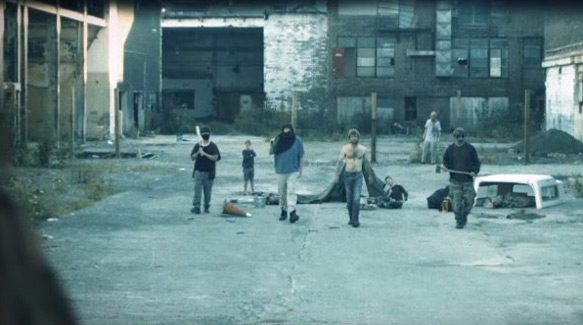 Overall, 5 Years After the Fall is an interesting movie, showing two different perspectives of a world gone straight to  hell. There are two main characters: Jacob – whose perspective the viewer sees for the first half of the film – and then Grace, whose perspective fills the second half. It is an intriguing concept, though having Grace turn up halfway through brings the viewer back into getting to know a new character; while Jacob is pushed to the side right when the action and conflict should be at its greatest for him.

Further, there are a great deal of non-sequential scenes which can be confusing for the viewer, as they switch dramatically between time-frames. Somewhere in the middle of the film – not long after the viewer is introduced to Grace – the plot gets a little lost with only glimpses of it here and there. Unfortunately the cliche post-apocalyptic storyline with flesh-eating survivors has been done a million times, and there isn’t anything outstanding to separate this film from the countless others in the genre. 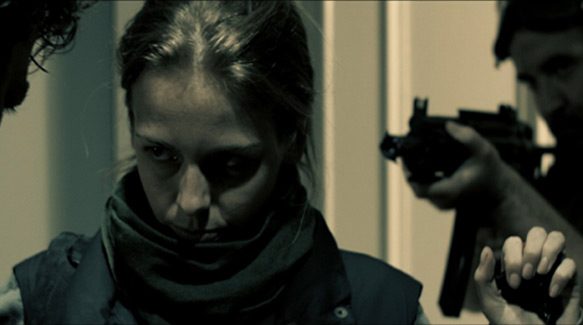 One of the greatest faults that one can find with 5 Years After the Fall is its inability to properly explain what has happened to turn people into cannibals. What has happened to the food supply and water sources, and what is the importance of time stamps? That said, the cinematography by Curtis Campsall (White Elephant 2006, Funny Thing About Coffee 2013) provides an adequate, second person perspective for the viewer, but the screenplay contains massive gaps in backstory.  As far as VOD films go, Five Years After the Fall is not ground-breaking, but it is a decent watch on a rainy afternoon. For all of these reasons, CrypticRock gives 5 Years After the Fall 3 out of 5. 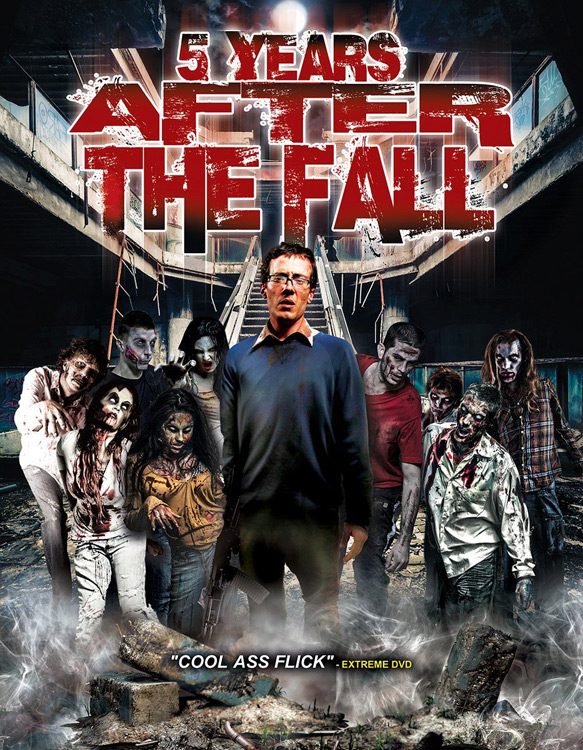