Directed by Jim Klock, 6:66 PM is set for release at the Buffalo Dreams Fantastic Film Festival on Friday, November 3, 2017. Produced by Full Auto Films and Code 3 Films, it is a Horror Comedy that aims to redefine how audiences view both genres. Starring Klock (Scream Queens series, The Whole Truth 2016) as Daniel, Alexis Kelley (Local Attraction 2014, Hell’s Heart 2015) as Sheryl, Autumn Federici (The Blackout 2013, Haunting of the Innocent 2014) as Lorraine, and Chad Ridgely (Massacre on Aisle 12 2016, Bid Big series) as Peter, the film focuses on a team of faux-television-ghostbusters who find themselves face to face with the truly supernatural. 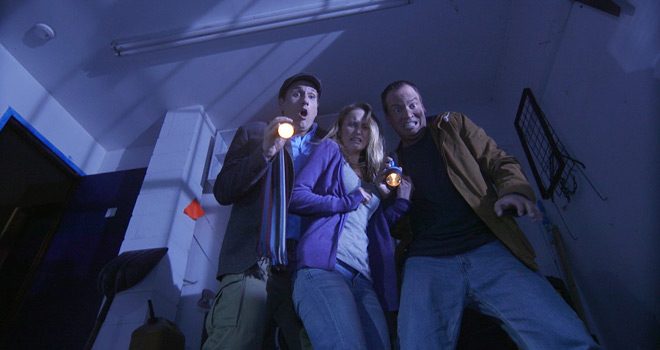 Genre hybrids can be a difficult thing to get right. It eschews both the safety of established tone and structure that you get from sticking with the conventions of a particular genre and lacks the explorative license of going your own way entirely without one – instead, the creative team is burdened with merging two established styles that often could not be more different than each other. The eventual creative output does not just have to do what is best for its own story, but figure out how different elements of the genres it is fusing either complement or detract from each other. It makes the tonal tight walk that all films walk that much more difficult, and the end product that much more risky.

This is doubly true for Horror Comedy hybrids, which have to balance two styles of storytelling that could not be more tonally different, even as they share a lot of comedic similarities. Considering that the best parodies are always effective executions of the form they are parodying, for a film like 6:66 PM, to succeed it must work as both a Horror film and a Comedy, or it works as neither. Unfortunately, it leans further towards working as neither than working as both.

While the silly and offbeat tone is a welcome change of pace for movies with this plotline, it is simply too broad about it to be effective. The film feels like every wacky idea the writers could think of stuffed into a script that is trying to parody Horror films, but without thought for how effectively these gags work as a whole. It makes the film feel unfocused and flimsy. Going too far in this tonal direction also undercuts the part of the equation that could make the comedy more impressive; the horror. 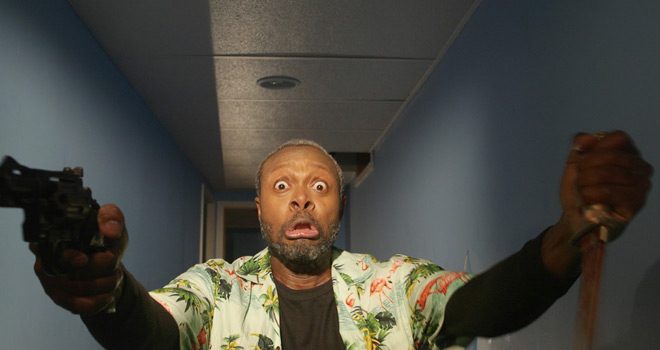 Instead of feeling like a film that catches you off guard and gets you with both unexpected scares and laughs, 6:66 PM is simply too goofy to deliver much in the way of Horror at all. It would be unreasonable to ask for a film to be both terrifying and hilarious (even if this is certainly possible), but by being too goofy, the film at times is robbed of any narrative tension, thus being entirely reliant on its jokes. Unfortunately, the jokes are not weighty enough to make up for this, and are often more deserving of an eye roll than a belly laugh. They are too obvious and too transparently choreographed.

The performances unfortunately do not elevate the material, as the actors go too far in playing broad “types.” In a film going for parodic comedy, one might make the argument this is unavoidable – but the best examples of parody color these archetypes with flashes of distinct personality to better round out the world and make the finished project feel unique. Parodies do best when they add as well as satirize.

Every element of the production in fact feels like it is entirely utilitarian; the actors, the shooting style, the music… it does few creative or impressive things with all of these, instead just phoning each part of the craft of filmmaking in as though the film’s dialogue alone could reliably let it stand. Unfortunately, this can lead to the film occasionally feeling like a collection of related sketches, especially in its first half. 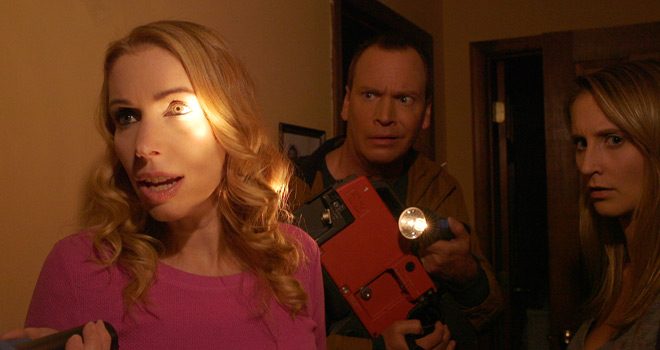 That is not to say that it is ultimately plotless though – in this, 6:66 PM is to be commended. It gets right to its plot, not wasting its audience’s time. In fact, at first it seems like the audience is in for a much more focused film than what is ultimately delivered. The characters are defined quickly and the central conceit rapidly established. Unfortunately, it never progresses much beyond this initial promise. For that, CrypticRock can only give 6:66 PM 2.5 out of 5 stars. 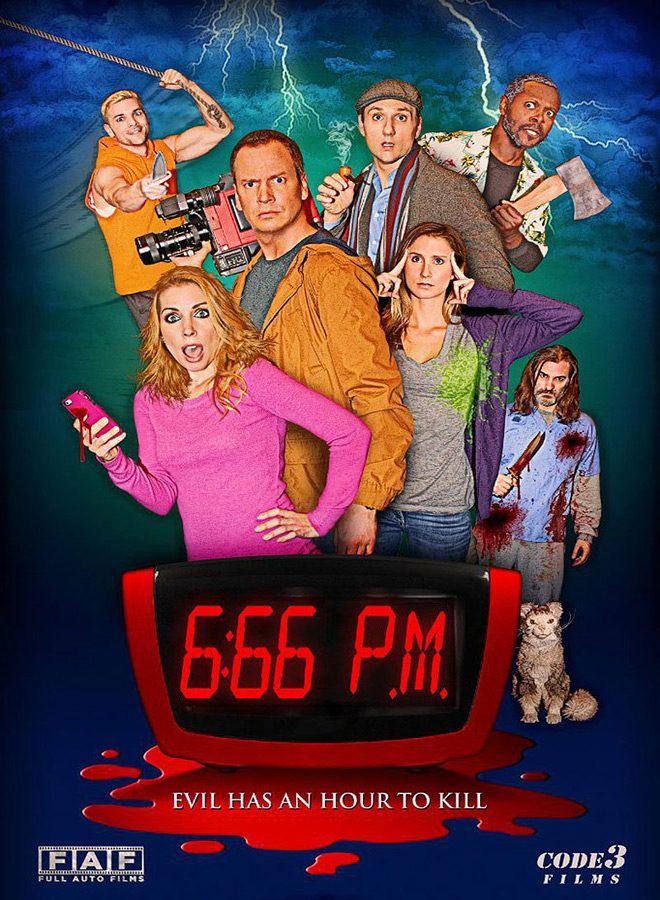