Ever wondering what a mashup of 1994’s Natural Born Killers and the series My Name Is Earl might look like? Well ,Director and Writer Trent Haaga (Citizen Toxie: The Toxic Avenger IV 2000, Cheap Thrills 2013) accepts that challenge with his latest film 68 Kill. 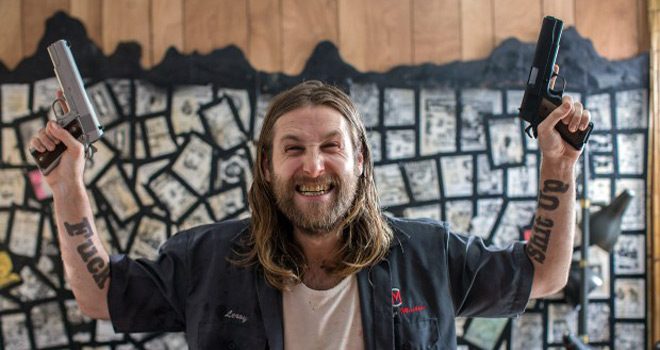 It revolves around Matthew Gray Gubler (Criminal Minds series, Alvin and the Chipmunks 2007) who plays Chip, a bumbling wuss who pumps septic tanks for a living and makes terrible life choices. His girlfriend of six months, Liza, is an ambitious stripper and prostitute played by AnnaLynne McCord (American Heiress series, 90210 reboot series).

After Liza drags Chip along to boost $68,000 dollars from a client, he finds out she makes Lizzie Borden look demure. On his path of self-discovery and unceremoniously ‘growing a pair,’ he bumps into a variety of eccentric and unsavory characters. 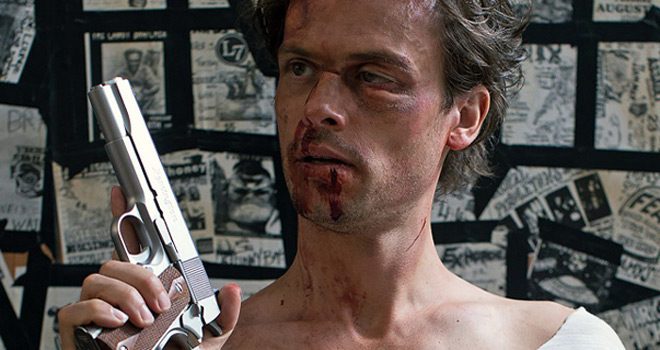 Liza’s brother Dwayne, played by Sam Eidson (Zero Charisma 2013, Arlo and Julie 2014), is a lazy creep who performs experimental surgery, Hostel-style, on girls his sister sells him. Sheila Vand (Argo 2012, Whiskey Tango Foxtrot 2016) plays Monica, an emo-girl who leads a Manson-esque group of trailer trash in crimes ranging from rampant drug use to murder. Violet, played by Alisha Boe (Paranormal Activity 4 2012, 13 Reasons Why series), shines as the film’s only redeeming character, who offers Chip a different choice than forced violence.

A frenetic ride, 68 Kill touches on themes from abusive relationships to female empowerment. Strong female characters drive the film, flipping typical gender roles as Chip is an effeminate male both pushed around and rescued by badass women. In the end, he learns to rely on himself, an empowered male. Despite the effort to give legitimacy and meaning to a variety of femme fatales, the film ends up using the women as Manic Pixie Dream Girls–just a lot more psychotic. Even Violet, meant to redeem Chip and provide thematic resolution, is tossed aside and rendered irrelevant. Nihilism and the pointless efforts of pathetically weak humanity win in the end. Themes backfire, and the vicious cycle continues.

Despite the depressing mishandling of themes, 68 Kill is a movie that pisses on semantics and demands the audience’s attention through wild action, humor, sex, violence, and gore. On these levels, it succeeds brilliantly. Continuity and logic have no place in this Grindhouse film. Instead, it relies on visceral reaction and rapid-fire absurdity to propel the viewer through stunned suspension of disbelief. It punches you in the face and makes you love it—just like Liza does to Chip. As a viewer, you cease to ask why, and as the transitions work, you surf the movie like a decadent wave of orgasm and death. 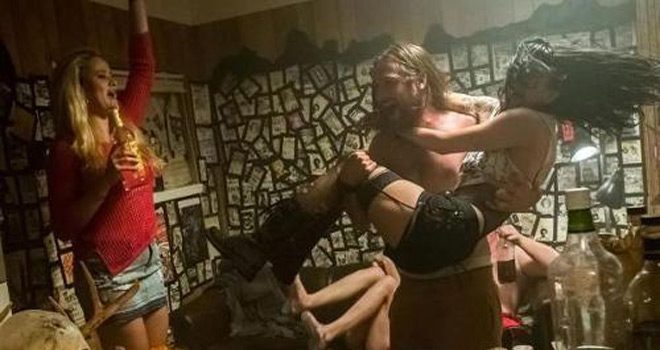 Beyond Comedy, the film delivers violence more than anything else. A healthy dose of exaggerated blood and gore highlight the action scenes, with nods to classic horror genres Torture-Porn and Survival. Sex is everywhere, but between both literal and figurative screwing around, nudity is low-key and scarce. It all takes ass-end to the story, rarely interrupting and always acting to advance and poke fun at characters and plot.

Destined to become a cult classic, whatever shallowness 68 Kill has is made up for in deranged narrative that is both fun and intense. That is why CrypticRock gives 68 Kill 4.5 out of 5 stars. 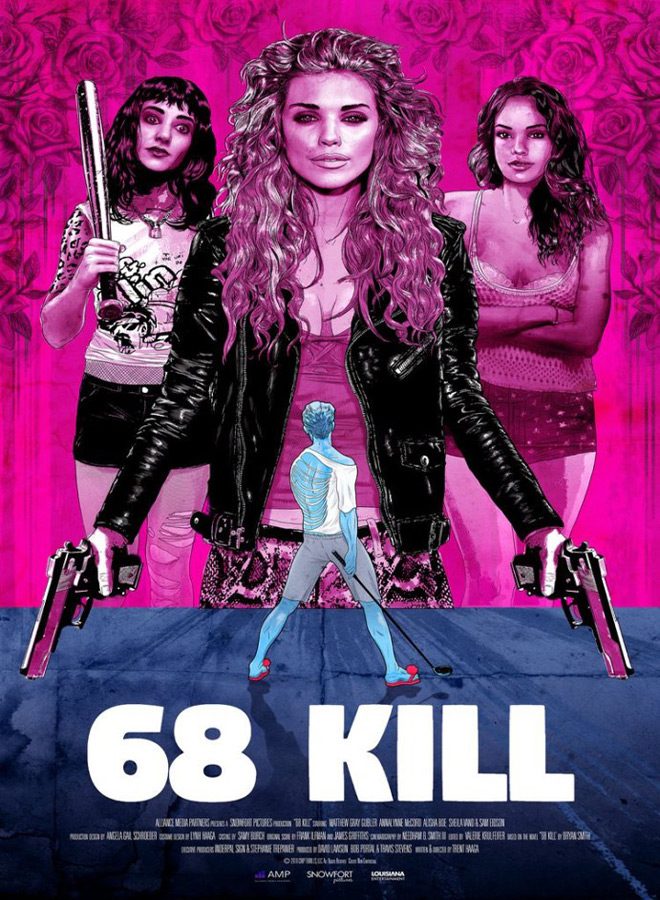