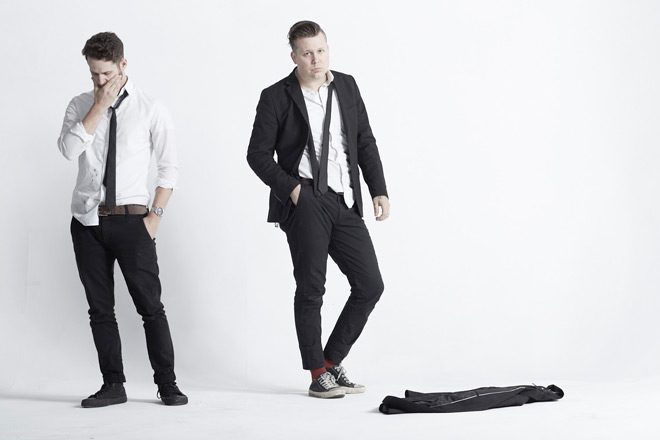 As the ancient prophets Semisonic once proclaimed, “Every new beginning comes from some other beginning’s end.” Such is the case for Atlanta, Georgia duo ‘68. The band’s existence was announced only a month after the demise of Vocalist/Guitarist Josh Scogin’s beloved Metalcore band The Chariot in late 2013. Partnering up with Drummer Michael McClellan, ‘68 released their first album, In Humor and Sadness, in July of 2014. Their debut album garnered some well-deserved high-praise for its mix of Grunge inspiration and the wild abandon that Scogin became so well-known for -anyone who has ever seen him perform can attest to his insane on-stage acrobatics.

Now ‘68 are back at it to charm listeners with Two Parts Viper, a killer sophomore record that manages to both deliver a sonic punch to the face and inspire solemn reflection. Set for release on June 2, 2017 via Cooking Vinyl, the album was recorded over a period of seven months with Producer Matt Goldman whenever Scogin and McClellan found themselves with a spare moment in their hectic touring schedule. Two Parts Viper may have taken a long time to come together, but it was well worth the wait.

Scogin says that the name Two Parts Viper was inspired by a dream he had, and oftentimes the album itself can feel dreamlike. Opening track “Eventually We All Win” kicks things off with a bang. Though the song starts off with what seems like a programmed beat from your old ’90s Casio keyboard, once Scogin’s faraway voice gives way to the explosive slam of heavy guitars and drums, it becomes immediately apparent that listeners better buckle up -you are in for a wild ride.

Keeping the momentum going, “Whether Terrified or Unafraid” is one of the album’s hardest-hitting tracks with vocals reminiscent of The Black Keys’ Dan Auerbach, but McClellan’s crashing cymbals and Scogin’s fuzzy guitars take any Arena Rock influence and bring it back down to the dingy underground club where it belongs. A repeated sentiment that screams “I could have been anyone from anywhere, but I chose to be me, from right here” just begs to be shouted back to Scogin by a sweaty crowd.

Following that banger is one of Two Parts Viper’s best tracks, “Without Any Words (Only Crying and Laughter).” Channeling Kurt Cobain, Scogin’s vocals are equal parts gritty and bluesy, matching the Grunge-inspired rough simplicity of his guitars. This track shows off Scogin’s unique vocal abilities more so than any other, and it manages to be catchy in spite of itself.

One of the album’s first singles was “This Life is Old, New, Borrowed, and Blue,” giving fans a first taste of what they were in for. It is another track whose punchy guitars seem to be pulled from Scogin’s appreciation for bands like The White Stripes while still pulling from his Hardcore roots. The song, like many on Two Parts Viper, plays with structure and will keep you guessing as to what is coming next. It is unpredictable and wild, driven by McClellan’s pounding drums and Scogin’s drawn-out “woahs.”

There are very few moments to be found on Two Parts Viper that are less than killer, and even those stranger moments like middle tracks “No Montage” and “No Apologies” do not detract from the overall tone of the album. Two Parts Viper winds down with the melancholy “Death is a Lottery” and the exasperated, pleading “What More Can I Say,” which features Scogin screaming “we can love each other” over an ethereal guitar. The song may not be the hardest-hitting musically, but lyrically is one of the album’s deepest tracks. The song sees this killer album end on a hopeful note, putting an unexpected finish to Two Parts Viper.

Overall, Scogin and McClellan prove that less is more, as ‘68 have created an explosive Rock album as a duo. For these reasons, CrypticRock gives Two Parts Viper 4.5 out of 5 stars. 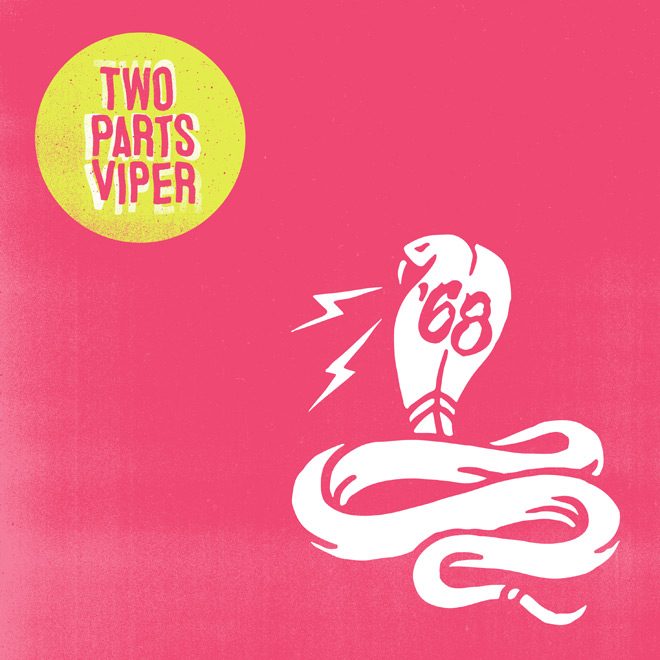