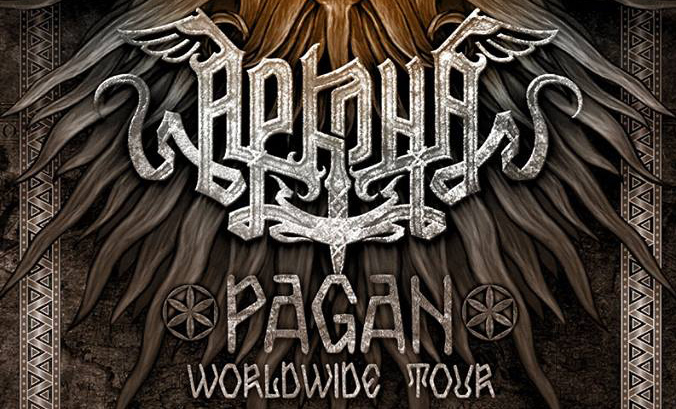 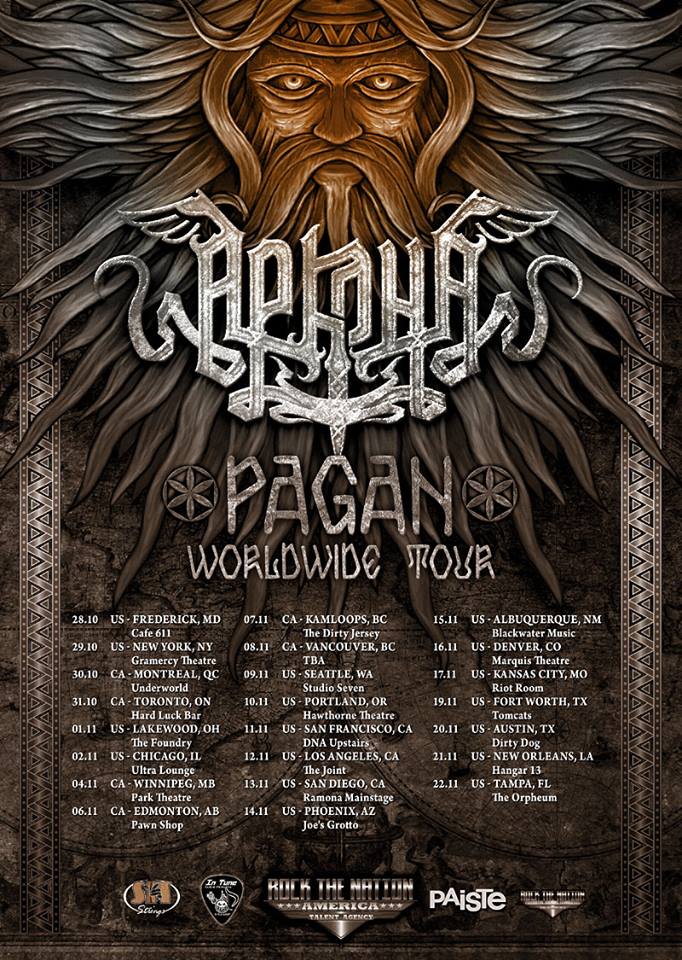 Russian Pagan Metallers ARKONA are set to hit North America for a full headline tour this fall. The band will be hitting the road beginning October 28th in Frederick, MD and wrap things up November 22nd in Tampa, FL. A complete list of dates can be found below.

ARKONA’s lyrics are heavily influenced by Russian folklore and Slavic mythology, and their music incorporates several traditional Russian musical instruments. The name of the band ARKONA refers to the last pagan Slavic city-castle.

The beginnings of ARKONA date back to 2002, when members of local pagan community “Vyatichi”, Masha “Scream” Arhipova and Alexander “Warlock” Korolyov, decided to form a band that mirrored their individual philosophy and musical tastes. The band, at the time still known as Hyperborea, comprised Masha “Scream” Arhipova (vocals), Eugene Knyazev (guitar), Eugene Borzov (bass), Ilya Bogatyryov (guitar), Alexander “Warlock” Korolyov (drums), and Olga Loginova (keyboard), but it wasn’t until February 2002 that ARKONA surfaced from the depths of Russia’s underground scene.

Today the band is continuing to rock and bring their style of Pagan Metal to the masses and they plan on doing this on their upcoming North American Tour.