7Horse – Livin’ in a Bitch of a World (Album Review) 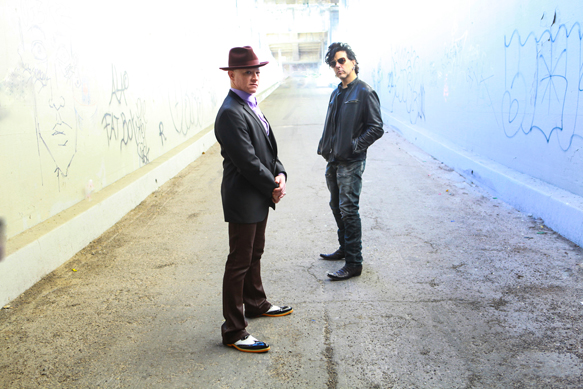 Riding in at full speed in 2011, American duo 7Horse pulled up with their song “Meth Lab Zoso Sticker,” which was featured in Martin Scorsese’s film The Wolf of Wall Street, and used for Fox Sports pre-game NFL playoff season. Founded by Phil Leavitt and Joie Calio of the Los Angeles, CA band Dada, the two united to create a unique Blues Rock driven sound. The challenge thrown down by longtime bandmates Calio and Leavitt with 7Horse was, can Rock-n-Roll be rediscovered back to its own roots? Can a band play music that reveals the truths of what is really on a man’s mind and not all this ‘feel good’ stuff? As Leavitt puts it, “I’m a grown man with wants and needs and temptations and faults, and I’m not gonna be afraid to write about any of it.”

He went on to say, “Everybody now wants to tell you how sensitive they are. Enough of that. Where’s the attitude? Where’s the swagger? If we can be a two-man Rolling Stones, I say we go for it.” It seems with each album released, this is where Leavitt and Calio keep reaching for, those influential storytelling lines that came from the hearts of Cash, Jennings, and such likes. Releasing their debut album, Let the 7Horse Run, in 2011, they began that journey. Moving forward, in 2014 they stayed the course following up with Songs For A Voodoo Wedding, and now two years later 7Horse has jockeyed in once again with their third Livin’ in a Bitch of a World. Released on April 15th, the latest collection of tunes sees 7Horse continuing to grow in the right direction; that direction, shredding the bones of Rock.

Their stripped down approach is exactly where 7Horse’s newest ride takes the listener in their opening number, “Livin’ in a Bitch of a World.” The album’s title-track, it holds clairvoyant sound that feels the channeled gutter of some older Social Distortion. With that in mind, it is a great number and immediately scratches the grooves deeply with a hook to take the listener steadily into the flow of the next track. Spinning in with a motorcycle reference, “Two Stroke Machine” is a tune that creates a stick-shift pedal to the floor thump and layers of discordant Rickenbacker guitar sounds, all presenting a tale of an insignificant weed dealer.

With two solid cuts opening the album, 7Horse’s rendition of The Bee Gee’s “Stayin’ Alive” detour into la-la-land. An interesting choice to include on the record, Leavitt keeps the vocals in a range he is comfortable with and he does not find it necessary to torment his own prowess to reach the Gibbs brothers. Thereafter comes another fast Pop Rock tune entitled “One Week,” which leans toward a relished brood of ZZ Top. This is before the mellow sounding “Dutch Treat,” where the mood is steady and relaxing.

Picking the pace right back up, “400 Miles from Flagstaff” is the quintessential driving down the highway song with tight slide guitar work. Then, with a little bit of Funk, 7Horse move quickly back to that sultry Rock with “Answer the Bell,” featuring some catchy vocals and a flang effect on the guitars that will have many tapping their toe. Later on comes kiss-off anthem “Stick to the Myth” with highly compressed vocals almost as if Leavitt is speaking right in the ear of the listener. Then, slowly burning on the back stove, the elements of “Drift” stings with a 6/8 timing of blissful Stoner Blues before the album concludes with “She’s So Rock n Roll.” An interesting way to close out an album, the latter is a quirky, predictable little number spun, which seems to finish off a backstretch try at the races. 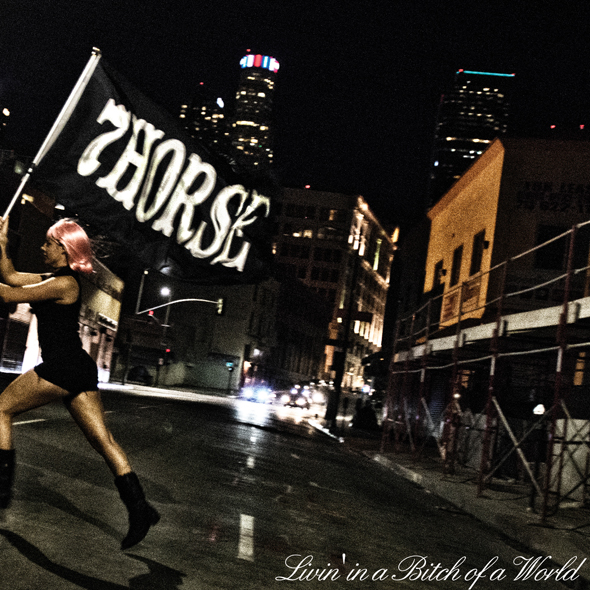