Copperheart Entertainment’s A Christmas Horror Story does for the Horror lover’s Yuletide holiday what Trick ‘r Treat did for All Hallows’ Eve back in 2007. Taking place in one night, A Christmas Horror Story follows four separate groups of people as they prepare to make some bloody, unforgettable Christmas Eve memories. Ginger Snaps’ series Directors Steven Hoban, Brett Sullivan, and Grant Harvey regrouped a few of their Werewolf family members for A Christmas Horror Story, including producer Mark Smith and composer Alex Khaskin. The four stories in this anthology are told piecemeal throughout the movie, jumping back and forth along a script co-written by James Kee (Universal Soldier II: Brothers in Arms 1998, Blackfly TV series), Sarah Larsen (Darknet TV series, Permaculture Dance Project 2012), Doug Taylor (They Wait 2007, Splice 2009) and Pascal Trottier (Darknet TV series, Hellions 2015). The fantastic, snow-encrusted practical effects were expertly handled by The Colony’s Ben Borean and Raymond Mackintosh while the computer generated images were taken care of by Darren Cranford’s (X-Men 2000, Zombieland 2009) crew at Keyframe Digital Productions. 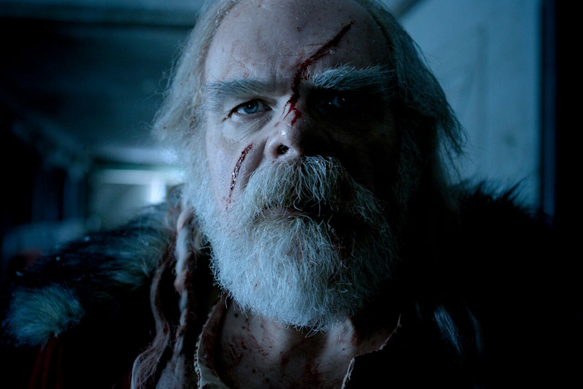 Still from A Christmas Horror Story

A Christmas Horror Story weaves its tales together much like Trick ‘r Treat, with radio DJ “Dangerous” Dan (Shatner) keeping the residents of Bailey Downs updated on wintery news and full of the Christmas spirit. Meanwhile, teens Molly (De Grand Maison), Ben (Alex Ozerov), and Dylan (Shannon Kook) begin a video documentary of the murder of two of their classmates that had taken place at their high school on Christmas Eve the previous year. They find evidence that, not only were the teens brutally slaughtered, but that Scott, the cop previously in charge of the investigation (Holmes), has since quit the force. 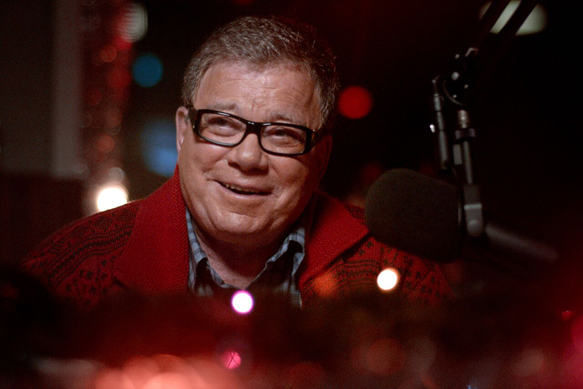 Still from A Christmas Horror Story

The budding reporters break in with keys stolen by Dylan’s girlfriend, Caprice Bauer (Forsythe), who then leaves with her family (Nolden, Jeff Clarke, Percy Hynes-White) to visit her father’s rich but uncompromising aunt Edda (Corinne Conley). They pass an SUV driven by the same cop who had investigated the high school murder, but now he is with his family (Olunike Adeliti, Orion John), looking for the perfect, albeit illegal, Christmas tree to cut down in some farmer’s back lot. They find a gorgeous tree but temporarily lose their son, whom they find hiding inside a hollowed out oak. Or do they? At the same time, up in the North Pole, Santa Claus (Buza) has noticed that his normally merry elves seem a bit angry, and maybe even a little… undead.

As Santa sharpens his spear and starts kicking Zombie elf butt, the Bauers face off against Saint Nick’s Yuletide nemesis, the white horned Krampus (Archer), a demon that punishes those a step or two above getting a lump of coal in their stockings. The teens find that their high school holds more secrets than they had ever imagined, and Scott must decide if the mute, hungry child in his kitchen really is his own flesh and blood. All the while, “Dangerous” Dan drinks eggnog and wonders why Christmases in Bailey Downs never seem to be a jolly as they are everywhere else. 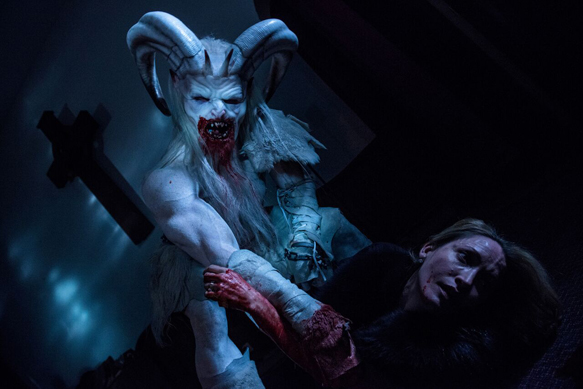 Still from A Christmas Story

A Christmas Horror Story is an imaginative, action-packed thrill-ride loaded with bloody, holiday fun. The stories are exquisitely intertwined, and the fact that the tales are told concurrently, rather than as separate features, keeps the watcher on their toes and makes for a much more interesting yarn. The transitions are tight, smooth, and perfectly spaced. The twist at the end was completely unexpected, although not too far out in left field. Fans of Black Comedy will love the tidbits offered by Shatner and his ever present eggnog mug, while genre fans will get a taste of everything else from Ghosts and Zombies to supernatural hellions and fairy Folk tales. A Christmas Horror Story is an excellent addition to any genre-lover’s DVD collection and is sure to become a staple in many Horror fans’ Yuletide celebrations. CrypticRock gives A Christmas Horror Story 5 out of 5 stars. 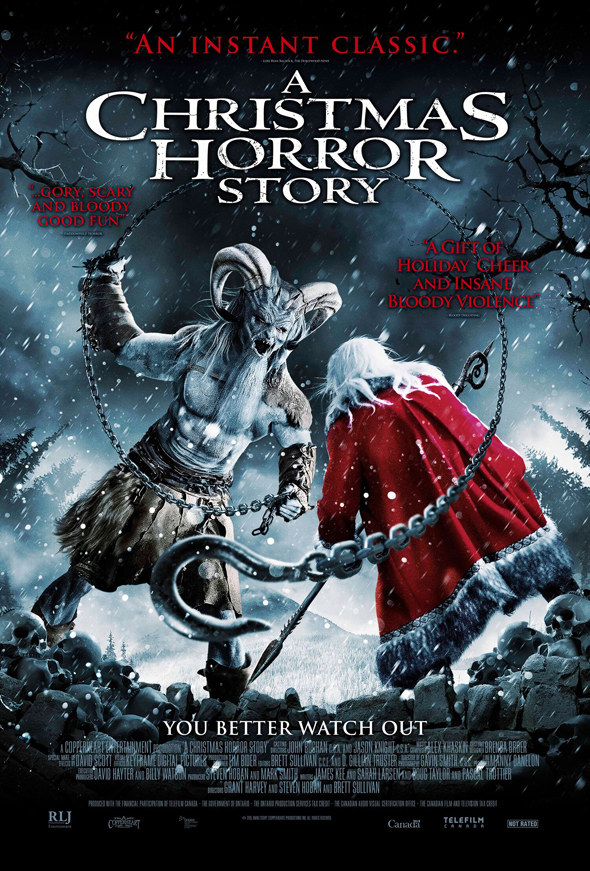