A Look Back At Almost Famous 15 Years Later

September 22nd sees the fifteenth anniversary of the theatrical release of Director Cameron Crowe’s (Vanilla Sky 2001, Jerry Maguire 1996) 2000 coming-of-age Drama, Almost Famous. The film is a semi-autobiographical tale based on Crowe’s own experiences writing for Rolling Stone as a teenager in the early 1970s (1973 to be exact). It tells the story of fifteen-year-old William Miller (Patrick Fugit: We Bought a Zoo 2011, Gone Girl 2014), who dreams of becoming a Rock journalist while touring with the band Stillwater, in an attempt to get his first story published, so that he may have his big break. It boasts an immensely talented cast which includes Academy Award winners Frances McDormand (Fargo 1996, Moonrise Kingdom 2012) and the late, great Philip Seymour Hoffman (Boogie Nights 1997, Hunger Games series), as well as Billy Crudup (Big Fish 2003, Watchmen 2009), Kate Hudson (The Skeleton Key 2005, The Reluctant Fundamentalist 2012), Jason Lee (Mallrats 1995, Vanilla Sky 2001), Anna Paquin (X-Men 2000, X2: X-Men United 2003), Zooey Deschanel (The Hitchhiker’s Guide to the Galaxy 2005, (500) Days of Summer 2009), and Fairuza Balk ( The Craft 1996, American History X 1998). It was shot on a budget of $60 Million and was distributed by Columbia Pictures in association with Dreamworks Pictures. 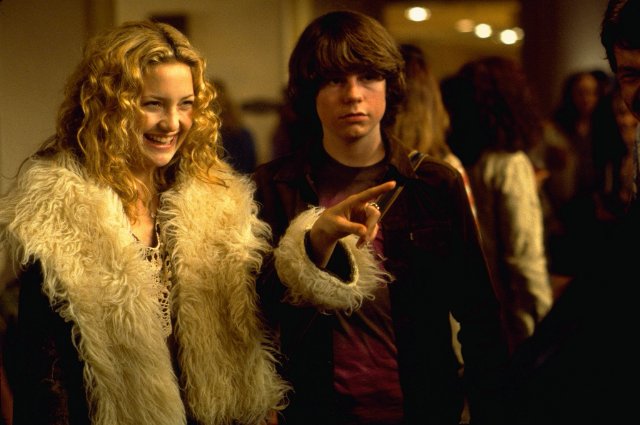 William Miller is a fifteen-year-old suburban child with dreams of making it big as a Rock journalist. He lives with his overbearing mother, Elaine (McDormand). His sister, Anita (Deschanel), left him a considerable amount of Rock albums under his bed as a gift on the day she left home to become a flight stewardess. This was where his love of Rock music began. William then sends Rock journalist Lester Bangs (Hoffman) some copies of his work, and gets interviewed by him. Bangs gives William an assignment to write a review for an upcoming Black Sabbath concert. It is here where he meets the band, Stillwater. They bring William backstage. The band’s guitarist, Russell Hammond (Crudup), starts to like William because of his feelings of affection towards Penny Lane (Hudson), one of the band’s groupies, or “Band Aide” as they prefer to be called.

William is soon called by Ben Fong-Torres, the editor of Rolling Stone. Torres believes that William is older than he really is and wants him to do a story. William convinces Torres to let him go on the road with Stillwater after requesting to do a story on them. William continuously attempts to interview Russell.  A new manager, Dennis Hope (Jimmy Fallon) soon arrives. It is then revealed that Penny must leave the tour before New York, where Leslie, Russell’s ex-wife, is to join them. During a Poker game, the band’s groupies are put up as a stake. Stillwater loses the groupies to the band Humble Pie, for $50 and a case of Heineken. When William tells Penny what happened, she acts calm but is devastated. Penny goes to New York on her own. William then finds Penny back at her hotel, overdosed on quaaludes, and calls the paramedics to bring her back. 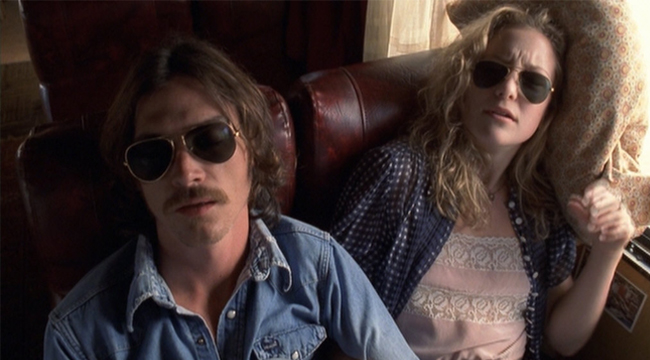 On a bumpy plane ride in which they believe they will all die, each person in the group confesses their secrets. To their surprise, the plane lands safely. William continues to San Francisco to complete his story, and breaks up with the band at the airport. The Rolling Stone editors then ask the band to verify its validity. Since they are afraid of how they will look, the band makes William’s story seem like a fabrication.

William then runs into his sister at the airport, who has become a stewardess. She tells him that they can take a trip to anywhere he wants, and William chooses to go home. Backstage at the Miami Orange Bowl on the Stillwater tour, Sapphire (Balk) talks to Russell about Penny’s overdose and how someone saved her life. Russell calls Penny and asks for her address, telling her that he wants to meet. Penny gives Russell William’s address. Russell then goes to the house and is surprised to learn that it is William’s house. Russell and William reconcile. Russell then informs William that he called Rolling Stone and explained to them that his story is true. For the first time, Russell gives William a proper interview. Penny buys a ticket to Morocco, and William’s first story is published, with Stillwater on the cover of Rolling Stone. 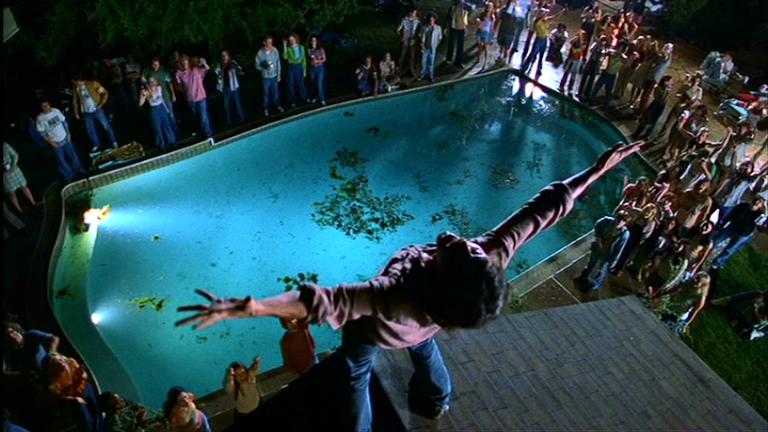 Rock journalism is the main theme of the film. It is Director Cameron Crowe’s most personal project, since William Miller is a fictionalized version of himself. William’s experiences with Stillwater in the film are based on Crowe’s experiences touring with Lynyrd Skynyrd, Led Zeppelin, The Allman Brothers Band, and The Eagles in an effort to get his first story for Rolling Stone published. Furthermore, the film captures the life of a music journalist perfectly and their struggle to remain unemotionally attached to the acts they are covering. Too often one can become biased one way or another to a musician, but the question remains is that honestly unavoidable?

Seventies Rock legend Peter Frampton worked as a technical consultant on the film. Russell Hammond was based on Glenn Grey of The Eagles, and Penny Lane on a woman named Pennie Lane Trumball, the founder of a group called The Flying Garter Girls, who traveled across the country promoting various bands throughout the era. Elaine Miller, was of course, based on Crowe’s own overprotective, overbearing mother, who ended up visiting the set and to Crowe’s surprise, getting along very well with Frances McDormand. All the bands Crowe toured with served as the basis for Stillwater, and many of his experiences with actual bands are echoed in the events of the film. For example, Crowe almost actually got into a plane crash while touring with The Who.

Initially making its debut at the 2000 Toronto Film Festival, it was given a limited release on September 15, 2000, and then a nationwide release on Friday September 22, 2000. Overall the film was met to rave reviews from critics and audiences alike. In fact, Roger Ebert hailed it as the best film of the year. It  is still a film which any fan of Classic Rock should be familiar with. Best of all, it FEELS like it actually takes place in the early 1970s. This is largely due to the stellar soundtrack, which features songs from Simon and Garfunkel, The Who, The Beach Boys, Rod Stewart, The Allman Brothers Band, Lynyrd Skynyrd, Led Zeppelin, Elton John, and David Bowie, among many others. Interestingly enough, $3.5 Million of the film’s budget went to securing the rights to its songs. All all proved to be well worth it, winning the Grammy Award for Best Compilation Soundtrack for Visual Media. 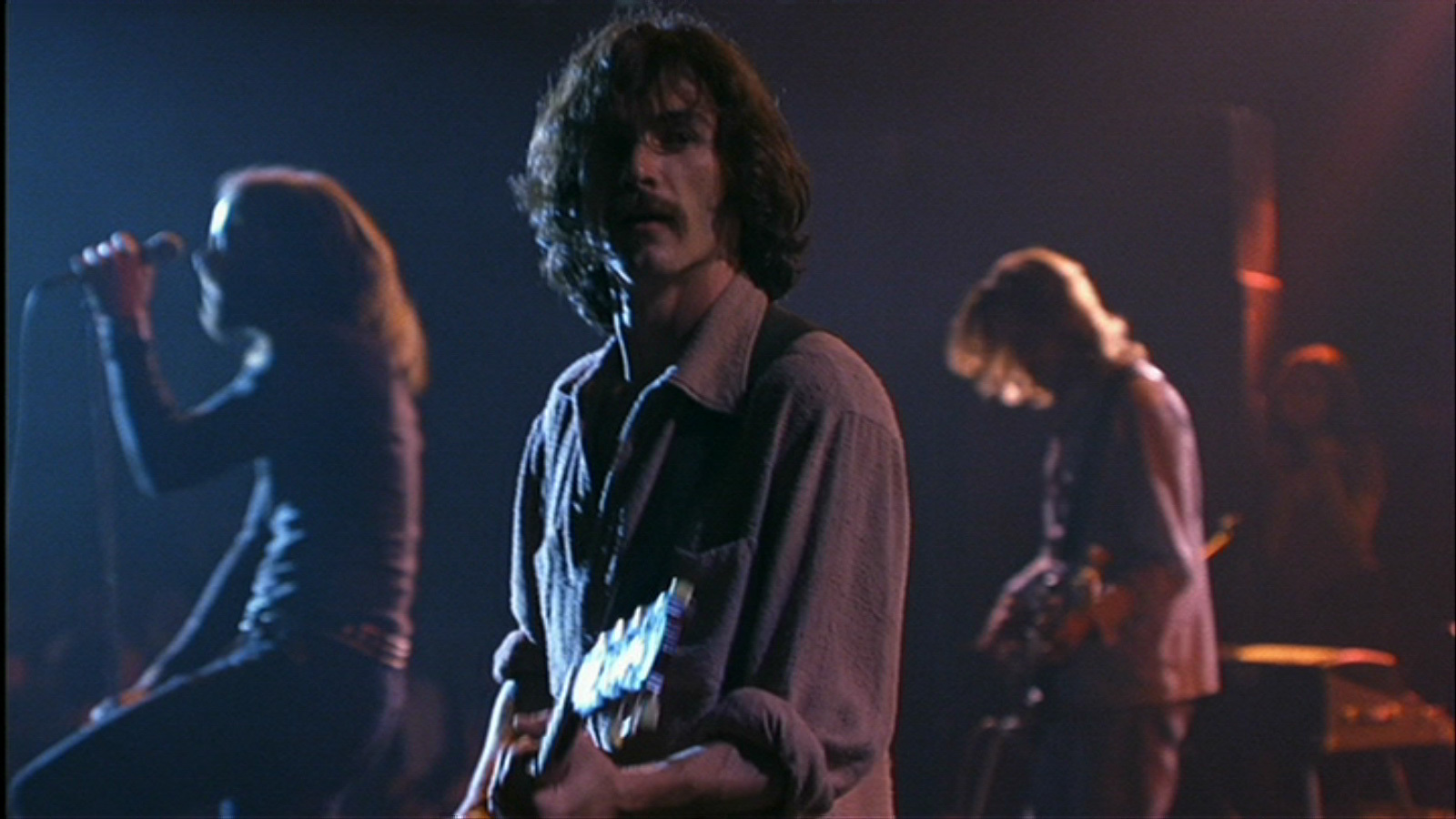 Almost Famous really showed its worth among critics when it garnered a total of four Academy Award nominations, with Cameron Crowe himself walking away with the Best Original Screenplay award. It also won two Golden Globe Awards, one for Best Picture, and Kate Hudson for Best Supporting Actress.With high ratings across the board, Almost Famous is still an intriguing, dramatic, and occasionally funny look at the Rock music industry in the 1970s. Crowe’s script was dynamite, every actor was superb in his or her role, and after fifteen years, the film is still indisputably a classic all must see. 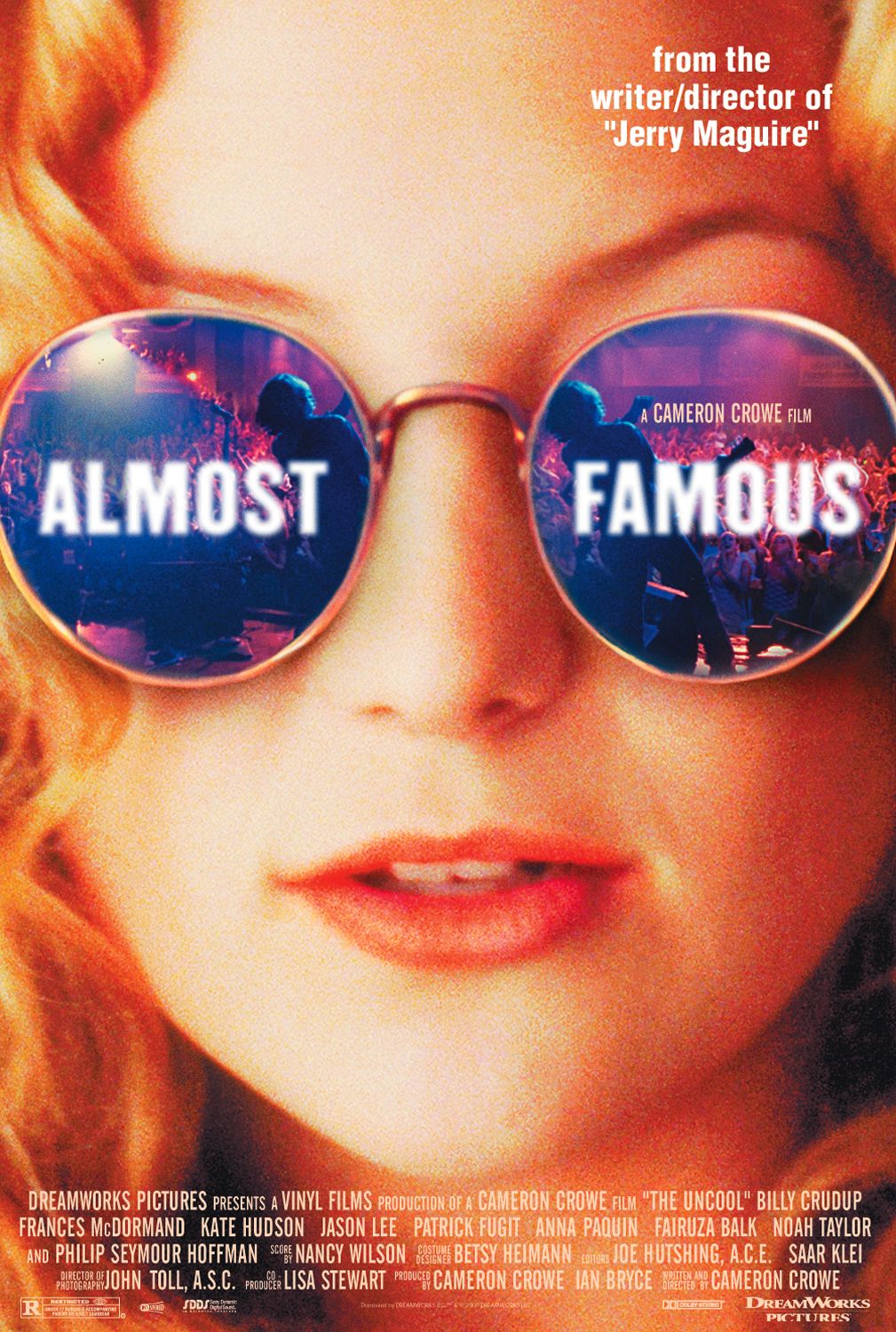