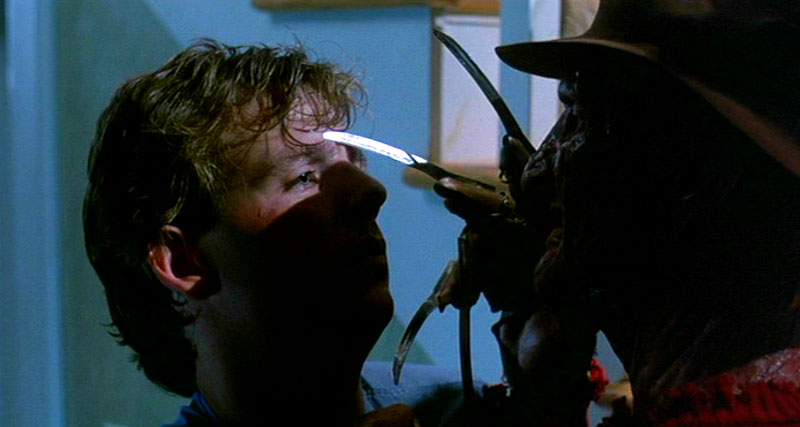 Wes Craven declined to be involved with any sequels because he became disinterested in Slasher films, and wanted to expand his ideas further rather than be stuck associated with one franchise. In fact, his intention was not for A Nightmare on Elm Street to become an ongoing series, and originally intended the first film to have a happy ending. Freddy Krueger become a Pop culture icon rapidly and the birth of a franchise was inevitable without or without the wonderfully talented Craven on board. Although not on as a writer/director, Craven did provide some input in the second film by suggesting changes to the main character Jesse. Moving on, Robert Shaye and New Line Cinema brought writer David Chaskin (The Curse 1987, Love Hurts 2000) as well as director Jack Sholder (Tales from the Crypt 1990, Wishmaster 2: Evil Never Dies 1999) on board for the creation of the this second chapter of Freddie.

The story begins five years after the events of the first film, with Freddy defeated by Nancy and life returning to normal. The Walsh family looking for a new start, have moved into the Thompson’s former house on Elm Street. Teenage son Jesse (Mark Patton: CBS Schoolbreak Special 1986, Hotel 1986), has disturbing nightmares about being stranded on a school bus with a psychotic killer, Freddy (Robert Englund: Lake Placid: Inkubus 2011, The Final Chapter 2012). At the same time he experiences the dreams, strange things begin to happen in the Walsh house.

Despite this, Jesse continues to attend school with his love interest Lisa (Kim Myers: Key West 1993, Hellraiser: Bloodline 1996). Uncovering details of Freddy Krueger, Lisa and Jesse are lead to the abandoned factory Krueger worked, only to find nothing. After receiving detention one day, he and Lisa discover Nancy Thompson’s diary. The discovery of the diary escalates the unusual events surrounding Jesse, both he and his family struggle to come to terms with the changes in his behavior. 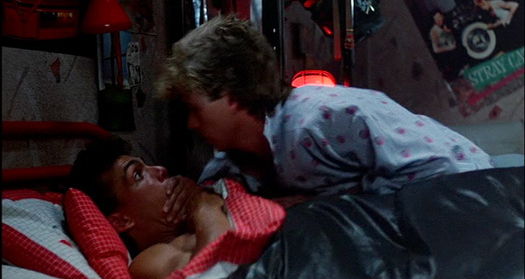 Jesse’s nightmares continue to intensify, and what happens in Jesse’s dreams begins to ripple into his waking life. Those around him begin to die in violent ways, with all leads linking back to Jesse. His mental state deteriorates, and he soon suspects that Krueger has taken over his mind and body. Bloodshed and mayhem ensue, and Jesse finds himself wondering if he wants to fight Krueger.

When the film was released, it opened in only 614 cinemas, however, the limited release as mentioned above did not affect its commercial success. Within the US, it has made upwards of approximately thirty million dollars on a budget of only of approximately three million. Critical reactions to the film were mixed, particularly given the detour from the original film. However, this has not prevented the film from garnishing and maintaining cult status. Subsequent to the release of A Nightmare on Elm Street 2: Freddy’s Revenge, film commentators have drawn reference to several homoerotic themes within the film. They elude to a subtext within the story revolving around Jesse suppressing his alleged homosexuality, using particular scenes to reinforce this view. Robert Englund, in a February 2010 interview in the Attitude magazine, suggested that he was in fact aware of the subtext, and it was intention. 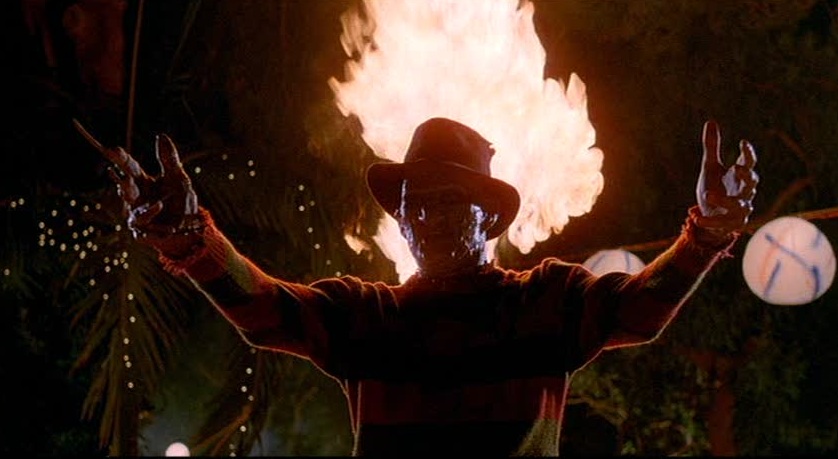 The addition of Mark Patton to the cast, who had recently come out, was again with that concept in mind. This was indeed confirmed in an interview by Chaskin for the documentary Never Sleep Again: The Elm Street Legacy, whereby he admitted the homosexual theme was purposely written into the script. Being Chaskin’s debut film, he was able to produced a fifteen page script in only three days, which as a result, got him the job. It then took ten weeks and three drafts until he had a finished a final script for production. Above all the changes in direction, A Nightmare on Elm Street 2: Freddy’s Revenge diverts from the original by having Freddie attack victims in both the waking and dream world.

Adding to the tension in the atmosphere, the music of A Nightmare on Elm Street 2: Freddy’s Revenge was composed by Christopher Young, whose has a great deal of experience within the Horror genre. Freddy’s makeup was handled by  accomplished Special Effects Artist Kevin Yagher who went on to work on the HBO series Tales From The Crypt, among other things, and now does the makeup effects for the television series Bones. Up for the challenge, his work on Freddy took a labor intensive three hours to complete. Interestingly enough, nine separate sections were used for the burnt areas on Freddy’s face. Yagher attended to make the makeup less bulky than the original film, and it allowed more facial movement by Englund, which in term created a more natural, yet terrifying look.

Regardless if A Nightmare on Elm Street 2: Freddy’s Revenge is one’s favorite in the series or not, the film certainly has a lasting impression and gave audiences a more open glimpse into the persona of Freddy Krueger. This was developed to broader extents two years later when A Nightmare on Elm Street 3: Dream Warriors was released in 1987. Above all, A Nightmare on Elm Street 2: Freddy’s Revenge holds some of the series most memorable scenes like when Freddy breaks through into the real world and terrorizes a High School Party or the amazing special effects of when Freddy tears right through Jesse. Those who have not watch the Nightmare series in a while, now is a great time to stay up late and refresh their memories of Freddy’s revenge. 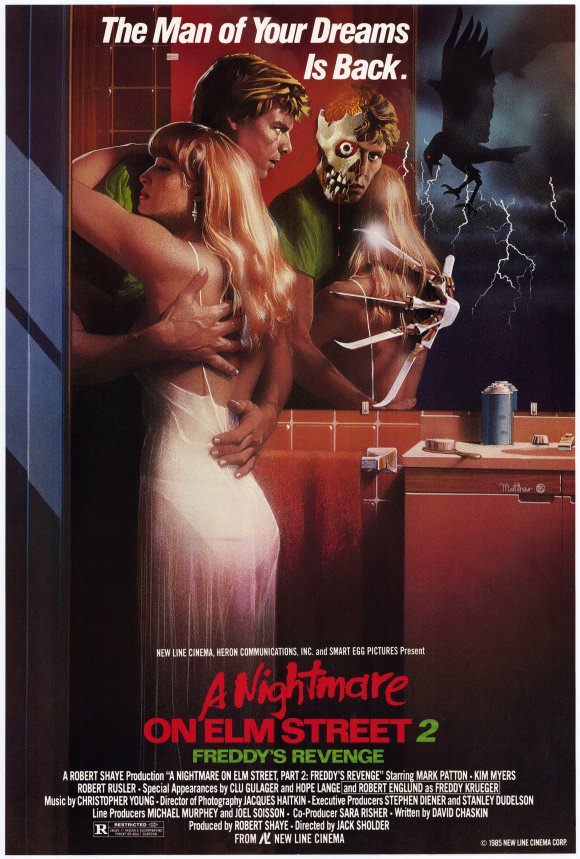 Purchase A Nightmare on Elm Street 2: Freddy’s Revenge on Blu-ray/DVD on Amazon