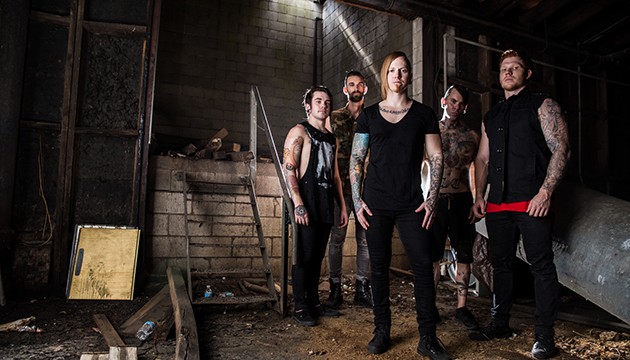 Formed in 2006, the band A Skylit Drive has not only modified their lineup over the years but their sound as well. Known as an American Post-Hardcore band from Lodi, California, they initially started with five members, but later, settled to only four members. With Michael Jagmin on clean vocals and some unclean backing vocals, Nick Miller on lead guitar, Kyle Simmons on bass, and Michael Labelle on rhythm guitar and unclean vocals, these four guys have come a long way the past nine years. Releasing five studio records in that time, along with an EP and DVD, the band really wowed fans with 2013’s Rise, making it their highest charted album to date. Now as busy as ever, they return with a brand new full-length effort as of October 9, 2015 entitled ASD. Simple in title, it is also the first record without Bassist and unclean Vocalist Brian White, along with founding Drummer and backing Vocalist Cory La Quay. Interestingly enough, each record the band has put out has featured a different producer, and ASD sees them come full-circle and call on Kit Walters for the first time since 2008’s Wires…and the Concept of Breathing.

For big A Skylit Drive fans and big heavy music fans, ASD is a completely different sound from their past material. Kicking off with “Bring Me A War,” which begins like a Hardcore band with vocals screaming into the listener’s’ ears, “Bring Me A War,” along with guitar riffs. The next track, “Self/Less,” is a song that sends a powerful message to those who are looking for someone. The song is very catchy when it comes to the chorus, but less heavy than the opening. The third track on ASD is by far the best of the album, and it is called “Falling Apart In a (Crow)ded Room.” Featuring very relatable lyrics, those who have ever felt alone or depressed will find the powerful connection with this song. With lyrics such as, “I shouldn’t stay but I can’t let you go/ We’re face to face yet stand alone/I’m just a slave of a life split in two/ Falling apart in a crowded room,” it is enough to pound anyone in the heart with emotion.

In contrast, “Shock My Heart” is probably the weakest of the album. In no sense is it a bad song, it is just very repetitive on the lyrical content and listeners cannot help but feel perhaps the band could have done more with the overall composition of the song.  Then, A Skylit Drive brings the heaviness back in with “Risk It All,” which while the lyrical content is kind of like the track before, the song itself hits hard. Uniting a mix of unclean vocals, the instrumentation make an average song a much more above average piece worth listening to. Then there is “Running in Circles,” which is very upbeat, however, it is not as heavy and upbeat as the other tracks of ASD. Yet agian repetitive, the beat is very nice to listen to and the lyrics are engaging as well.

Starting off slow and like a ballad is “Oblivion,” which all of a sudden punches the audience with a big mix of forceful and vicious vocals, resulting in them being heard loud and clear. Short in length, it is a great tune to block out everything around that may be causing stress. Like many tracks on ASD, “Symphony of Broken Dreams” features a theme of depression and despair. Speaking the words of how depression can be a very morbid, dark place if you let it be, and if you let it, it will consume you. Simply put, it is a powerful song that will rave up anyone’s emotions. Moving along, “I’ll Sleep When I’m Dead” showcases very strong and amplified unclean vocals while the crushing guitars mix with synth sounds in the backdrop. Potent with a full-speed-ahead approach, the song is a strong offering late in the album. Continuing that is “Find a Way,” which is another highlight of ASD. With a very glittery harmony and primary clean vocals, it is a song that will get stuck in the listener’s head for days. Finally, “The Son Is Not the Father” closes out the album on a very emotional note. With the lyrics, “You didn’t even try to survive/ you didn’t even care, you left us all behind,” it really shows the truth in that, while forgiveness is achievable, it is pretty much impossible to forget.

A Skylit Drive fans that have been here from the start may be a little taken back by the band’s direction, but like anything, progression is essential. Their sound is pretty divergent from their older material and that is not necessarily bad, depending on who is asked. ASD is a good album that could be looked at as a stage of growing for A Skylit Drive. The sound production is not as heavy as previous work, but there are still some elements of heavy music included throughout. Those who are more into heavier music should go into ASD with an open mind, and those who are simply looking for something different, ASD is a good choice. CrypticRock gives ASD 3.5 out of 5 stars. 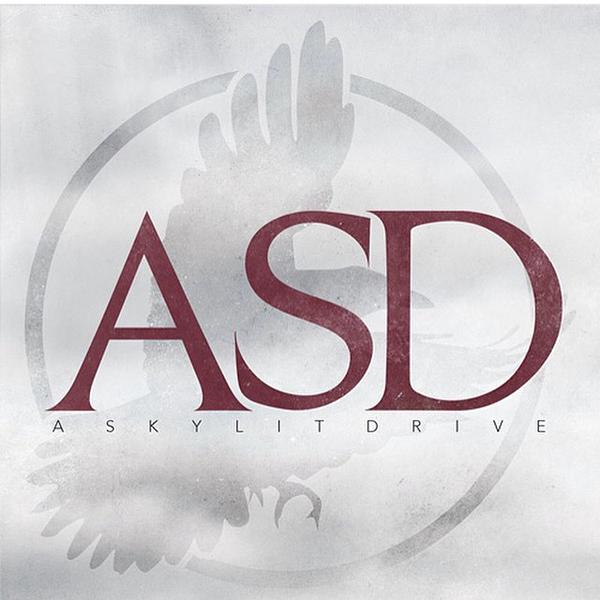