Lodi Californians A Skylit Drive came together while the members were still in high school a decade ago. Lead by vocalist Michael Jagmin, the line-up has changed a few times through the years, but the mission has remained the same, that is to deliver honest, passionate music. In January, the band released their fifth studio album since their formation, but instead of new material, the album features the same songs that appeared on 2013’s Rise. However, while Rise was recorded with the band’s familiar electric Metalcore sound, Rise: Ascension reworks each song acoustically. Testing the songs’ dynamics by producing videos of Jagmin and guitarist Nick Miller performing tracks acoustically, the overwhelmingly positive response from the fans convinced the band that their followers wanted to hear more. Rather than just play each song with acoustic guitars instead of electric, they created new standalone compositions complete with piano, cello, and various other instruments to create a fuller sound on Rise: Ascension. With the platinum producer Jim Wirt (Incubus, Something Corporate, The Rocket Summer), who had worked on the pre-production for Rise, the album was released through Tragic Hero Records.

Rise: Ascension opens with “Save Me Tragedy” which feature very youthful vocals from Jagmin. “Unbreakable” is a break-up song that has tons of teen-girl appeal with its catchy Pop style, but a piano melody lends it some substance. With cellos that cut through beautifully, “Crash Down” is enthralling, and it suits the acoustic style well. Title track “Rise” is a more hopeful, less aggressive song. The original is far more angry than this rendering. Also featuring a stunning cello break, “Crazy” has a vibrancy and urgency that makes it great. The electric version is also excellent, proving that good songwriting will always stand out.

Another break-up song, “Said & Done” suggests that the band’s demographic is younger females, who would certainly find the vocal style here very attractive. The atmospheric cellos on “Just Stay” create emotion, resulting in a softer ballad which also features enchanting guitars and a dramatic buildup from the drums. “Pendulum,” as an acoustic track, is a radio-friendly Pop song. The vocals here are saccharin sweet at times, and as it strums along without its characteristic screams, the song loses momentum. “I, Enemy” is also better electric than acoustic. The original has power and emotion that are lost by removing the screaming part of the vocals. One of the songs that really suits this new acoustic style, “Wide Awake” features harmonies that make it feel light and summery, while “Shadows” is another song that loses its anger and meaning unplugged. It works well on the original album, but here it becomes vapid and bland. Finally, “Dreaming In Blue” is a standard Pop song, and while the additional instruments give it a new depth musically, the vocals are lackluster in comparison to the original.

In recreating these songs acoustically, A Skylit Drive does give the listener a chance to really appreciate the unusual vocal style of Jagmin, but although the character of each song has not been drastically changed, some fans might miss the clean/scream dynamics of the original album. At times, Rise: Ascension feels like a throwaway album created to fulfill a contract, rather than a full-fledged recording. This especially seems like a possibility since the band has already released a single from the next album so soon after this album’s release. Rise: Ascension is one for collectors and avid fans. While it is very pleasant to listen to, it does not break any new ground or excite in the way its electric forerunner does. For some songs the acoustic works brilliantly, but for others, it strips the melody of the emotion and interesting contrasts of the originals. Ultimately, Rise: Ascension takes a great Metalcore album and turns it into an quality, respectable Pop album.

Meanwhile, on March 6th, A Skylit Drive released the first single from their next album, a song called “Within These Walls.” Following the song’s release, the band announced more changes: Michael Labelle (Of Reverie, Preeminent) will be joining them on rhythm guitar and “unclean” vocals, and Kyle Simmons will be trading his guitar and keyboards to take on bass duties, replacing Brian White. Former drummer Cory La Quay will be replaced by Brandon Richter (Motionless in White), so keep a look out for the new record on the horizon. CrypticRock give Rise: Ascension 3.5 out of 5 stars 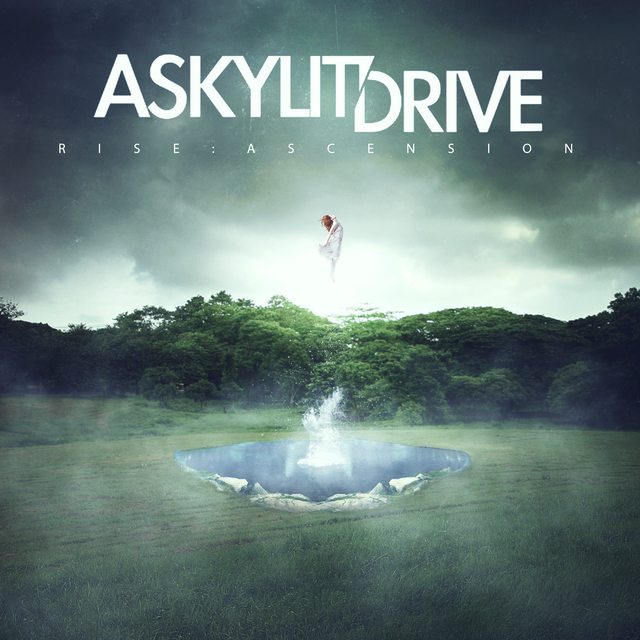