Asian horror has known to be slightly obscure, psychologically thrilling, and very artistic. Many films based on folktales have been remade over and over again. We see this with The Ring (2002), The Grudge (2004),and Shutter (2008) in the past years. In 2004 Korean writer/director Kim Jee-Woon brought us his adaptation of the Korean folktale Janghwa Hongryeon Jeon, or in English, The Story of Rose Flower and Red Lotus. A Tale of Two Sisters was released on December 17, 2004 and became available on DVD March 29, 2005. 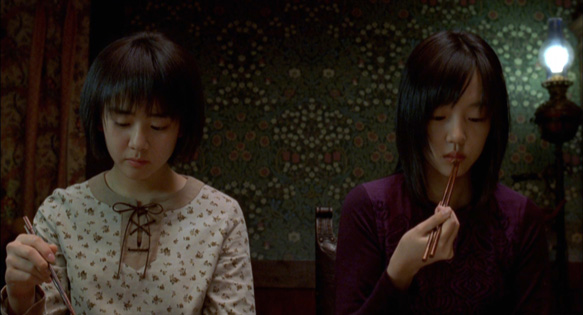 Long overdue, a US Blu-ray release was announced for October 2013, but to fans disappointment, it has been delayed with no further information. CrypticRock recently discovered this little gem of a tale on DVD and could not help but share.

Setting the stage for psychological trickery, the movie opens inside a mental institution with a doctor talking with Su-Mi (Su-jeong Lim); a teenage girl suffering from mental illness. With no answer from Su-Mi, the story unfolds as to why she is here. We are shown a beautiful house by a lake with Su-Mi’s father (Kap-su Kim), her sister Su-Yeon (Geun-Young Moon), and herself pulling up in a car. The father exits the car and asks the girls to come out as well. Reluctantly they do, take a look around, and run to the nearby lake. Upon returning to the house they encounter an unnatural and overwhelming welcome from their stepmother Eun-Joo (Jung-ah Yum). Questions are asked as to how they are feeling and the girls show a discomfort with her presence. It is apparent the two sisters share a strong bond as they hold hands, almost over-protectively.

During the first night in the house Su-Yeon has frightening visions of someone entering the room and runs for comfort to her sister’s arms. Later, Su-Mi also has visions of a long black haired woman crawling on the floor. She watches as this woman then slowly makes her way to Su-Mi’s bed and stands above her as a hand reaches down from under her gown. When she finally awakens she finds Su-Yeon has gotten her period and goes to get sanitary napkins from her stepmother’s room. The stepmother stops her to ask why and comments that she too has her period.

After cleaning up the bed and dressing, Su-Mi goes to a storage room to search for items of their mother’s. She finds shoes and old pictures, among other items. She finds Su-Yeon to show her and notices bruises on her arms. Su-Mi shakes her and demands to know who did this to her. She asks if the stepmother did it and Su-Yeon does not answer leaving the room. Events unfold and it now appears that the stepmother is violent and cruel toward the girls, torturing them in any way possible. After finding pictures of herself apparently crossed out by the girls and her beloved bird dead in Su-Yeon’s bed, Eun-Joo angrily locks Su-Yeon in the wardrobe and demands an apology. It is later discovered in the film that the girls’ mother had hung herself in this very wardrobe. Su-Mi finds her sister locked in the wardrobe and comforts her, telling her that she will not allow this to happen to her again. 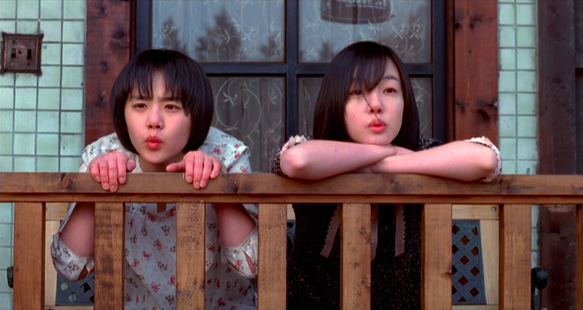 Later in the film a confrontation between Su-Mi and the father occurs. He blames her for the odd happening in the house and asks her why is she doing this and to please not continue or she will get sick again. Su-Mi retorts with disbelief that he does not know why she is acting this way and tells him that the stepmother is abusing Su-Yeon. The father shockingly reveals to her that Su-Yeon has been dead for quite some time now.

After a more violent confrontation takes places between Su-Mi and her stepmother, Su-Mi is knocked unconscious, later found by her father. This is the part of the movie where the all questions come together. The father moves Su-Mi to the couch and goes to check on Eun-Joo. As Su-Mi awakens, the door opens and Eun-Joo enters with no signs of the incident ever happening. It is then revealed that Su-Mi has been alone in the house and that she has a multiple personality disorder. She has been playing three parts; Eun-Joo, Su-Yeon, and herself.

The real stepmother only makes an appearance for a short time in the movie. A flashback shows that the girl’s mother was sick and hung herself. Su-Yeon had found her and tries to shake her to revive her. The wardrobe is pulled down with her mother upon her; suffocating her. Su-Mi develops these personalities as a way to cope with the loss of her mother and sister. The personality of Eun-Joo gave her someone to blame while the personality of Su-Yeon helped her deal with the guilt of not being there for her sister. 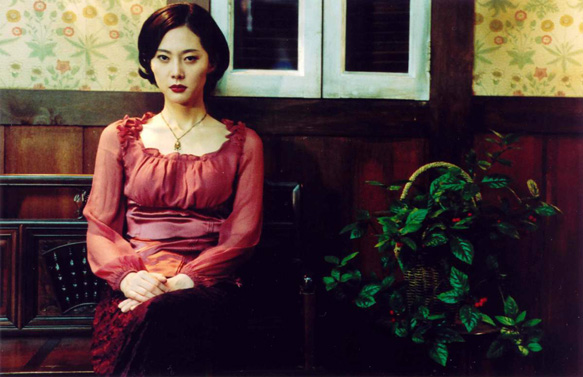 At the closing of the film you are perplexed with many questions about the events, making you want to watch the film again because of this new found information. This review purposely has left out some nice tid-bits of detail to encourage you to pick up the film and experiencing it for yourself.

A Tale Of Two Sisters is definitely one for the collection since you can watch it multiple times and uncover something new at each viewing. Shot with careful attention to detail and deep rich colors, the English subtitles are almost unnecessary. This type of talent for writing and filming is what many new horror films lack and is quite refreshing to see. With a good amount of jumps, and just enough detail left out through the course of the film to keep you interested and watching. A Tale Of Two Sisters is definitely a conversation starter. CrypticRock give A Tale Of Two Sisters 4 out of 5 stars. 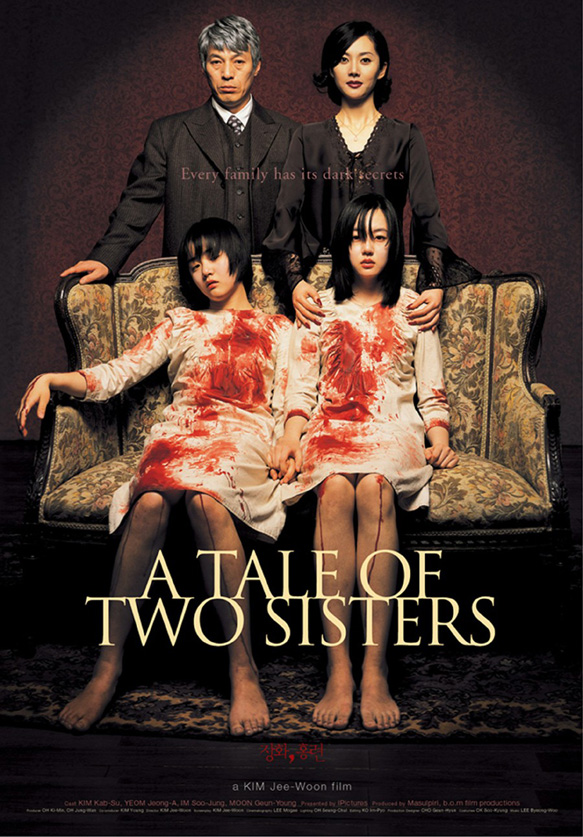