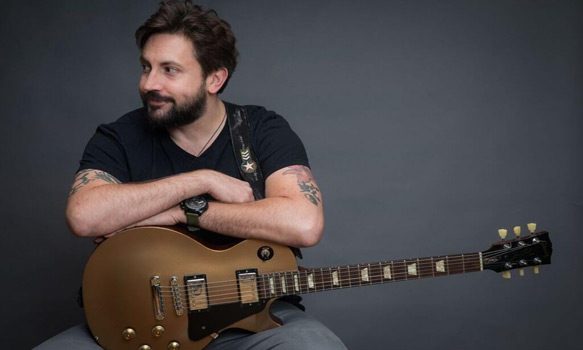 Known by many as former lead guitarist of famed heavy Alternative Rock outfit Breaking Benjamin, Aaron Fink has returned with a new solo act that may catch some by surprise.

A veteran rocker, Fink’s history dates back even further than the aforementioned Breaking Benjamin, dating back to a Nu-Metal band some may recall named Lifer. Now older, wiser, and more well-rounded, the Pennsylvanian musician has endeavored to find his flair and true sound as a songwriter, pooling time and effort into releasing his best for his fans.

Having released two previous solo albums back to back,  2015’s Saint Sylvania and 2016’s Heavy Feathers, Fink is back in 2017 with his third effort, Galaxies. Released on January 20th via Woodhenge Records, the new collection of songs are heavily influenced by Led Zeppelin, seeming to draw inspiration from psychedelic, melodic, and Classic Rock sounds. This in mind, Galaxies shows a very different side of Fink to listeners.

Opening with “Serpentine,” it is a journey through a completely Blues and Classic Rock inspired instrumental. The song is both an onslaught of cool groove and melancholic waves of a story, which seems the perfect choice to begin this journey.

Then, “Lovelight” lends a more Thrash-esque sound mixed with smoky ’70s era vocals, creating a track that is both dirty and clean sounding. Following up is an immediate dive into Funk Rock with “Left it Alone.” Featuring impassioned vocals, bumping instrumentals, and a little edge of cowbell, the song leaves listeners swaying to the music. “Should have left it alone, but I ate the apple” is part of the chorus that Fink drones out, implying that curiosity may have become sin somewhere along the line, followed up by a killer guitar solo.

Moving on, “Beautiful Creature” is completely reminiscent of Classic Rock, from the chord progression, to singing, and all the way down to the pacing. Featuring slurring guitar and Soft Rock chords, the song is a feel good invocation of a golden musical era. Then, seeming to be more of a love song, “Beautiful Creature” is perfectly placed and tempered. This is before Fink changes the album’s direction with the soft piano on “The World Has Other Plans,” which morphs into a Rock ballad in a well-timed transition. Preaching the Blues, the cut tells the story of how the world can truly have other things in store for life since directions change and so do people.

Taking on a Country approach, “Skies Above” comes in with a twanging guitar and slower, drawing rhythms. Simple titled “Blue,” this follow-up song has a similar direction in mind, but with a bit more attitude and deeper Rock vibes. Thereafter, Fink offers the album’s title-track, “Galaxies,” which comes in like a soft storm of Funk and Zeppelin inspired smoothness. Easily the most obvious nod to his idols, Fink has crafted a song that really makes his album standout.

Keeping the record strong, with drudging Hard Rock notes, “Echoes” trails in with a whisper of acoustic guitar and clear smooth vocals. This lead into “Echoes” melds together equal parts Tom Petty and Pink Floyd, forging a trippy and emotional composition that comes in full force, ending the way it began with soft waves of sound. Switching up the style once more, “Long Live the King” takes on a more Contemporary Rock approach to its style and pacing. “So give up your throne, just leave it alone, stop casting your stones,” demands Fink of the King, who seems long-lived in loneliness and judgment. Compelling, it calls to arms of abandoning one’s ego and moving past the self-exalted throne of “King.”

Lastly, “Lady in Peace” is a reflection of everything that was beloved of Zeppelin, but with Fink’s own edge. Peaceful and relaxed, the song has a sudden lapse into a guitar solo that is constructed in playful melody and feel-good undercurrent. Following the solo is a brief pause before solo rhythm drums and a dog barking plays the album to its conclusion.

Overall, Galaxies’ genre hops in the best way possible, showcasing the craftsmanship of Aaron Fink. With meaningful lyrics and deep instrumentals, the whole album is its own galaxy; constellations of songs that reflect both brightness and darkness in an all encompassing way. Not only did he write all of his songs, but he has also produced them as well, adding another layer to the innovation of the album being entirely his own. An album any music lover can enjoy, from Metal to Bluegrass, CrypticRock gives Galaxies a 4 out of 5 stars. 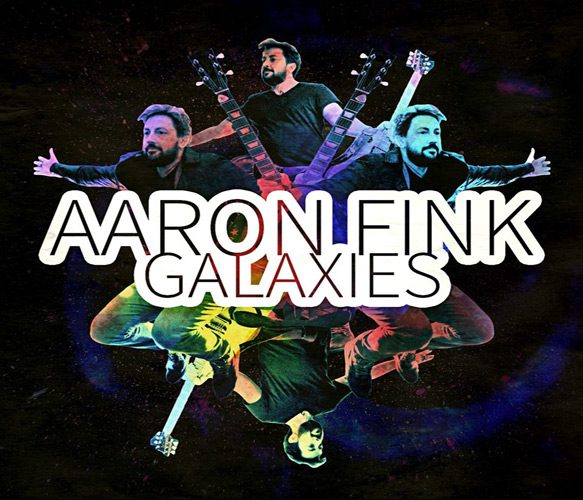