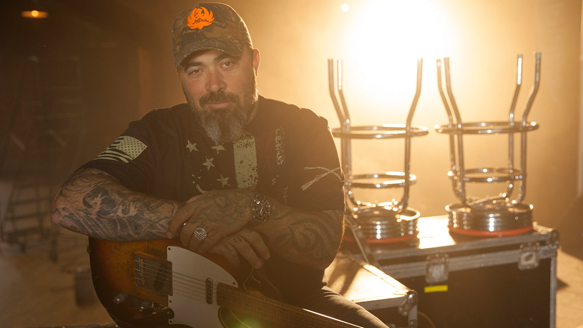 Singer-Songwriter Aaron Lewis earned his start in the music business back in 1995 with the Alternative Metal act Staind. A highly successful band, they would cross over into the Hard Rock world relatively seamlessly, go on to make seven hit studio albums, while touring the world over through 2014. Then, they went on an indefinite hiatus, thus allotting Lewis the time to explore other musical avenues. While one would expect him to shift into a Staind-like type project, he surprised the masses, switching gears to try his hand in the Country Rock genre.

A form of music Lewis states had a big influence on his youth, in 2010, he released his debut Country EP, Town Line. It would top the US Billboard Top Country Albums, anchored by the single “Country Boy” featuring legends Charlie Daniels and George Jones. A good start, in 2012, Lewis followed up with his first full-length album, The Road, one that made it to #7 on the U.S. Billboard Top Country Albums. Devoting much time and passion to honing his craft in Country Rock, Lewis is back with his sophomore album, Sinner, released on September 16, 2016 via Dot Records. Produced by Buddy Cannon (George Strait, Reba McEntire), the new album is an 11-track feast of Country cooked up with a bend towards the way Lewis grew up.

Beginning with the album title track, “Sinner,” featuring Willie Nelson, it has a traditional Country vibe that will make listeners want to headbang to the driving beat. This is all while Lewis’ vocals are strong and unapologetic and Nelson, in his eighties, still offers a strong, distinct voice. Next, “That Ain’t Country” has a fun Honky Tonk feel as Lewis sings about the Country he grew up with, and that today’s “Country” ain’t Country. Moving on to “Whiskey and You,” the tempo slows as Lewis gets contemplative, comparing his feelings about whiskey and his loved one. Strumming, he sings that he drinks to drown his loneliness of missing his love, but the drink makes him emptier. Lewis’ emotion comes through with his delivery. Then, “Northern Redneck” kicks the tempo back up to another Honky Tonk dance floor tune that pays homage to the working man many refer to as the redneck.

Later on, “Mama” has all the sentimentality the title would make listeners think of as the guitar lightly twangs as Lewis reminisces about lessons his mom instilled in him. Then, bar church is in session with “Sunday Every Saturday Night” as the congregation swig their first rounds to the sway of Honky Tonk Gospel music as Lewis’ drawl paints the picture in sound. Thereafter, “Lost and Lonely” is a song that lends itself to being a slow dance, or the lonely trucker at the bar thinking as the song is about a trucker’s life.

Keeping the lyrics thoughtful, Lewis asks the questions everyone asks themselves in their lives: “How are we making it? What is our purpose?” Well, on “Story of My Life,” Lewis ponders these thoughts with a laid back melody that has a playing on the porch feel. He continues to tap into universal emotions. Emotions such as the ones where people feel like they are in a rut in life, like they are “Stuck In These Shoes” as Lewis sings about being no-one special. In this telling track, there is a sadness to the melody, even while Lewis is resolute in his delivery.

The resolute sadness continues on “I Lost It All” where Lewis sings he is going to Heaven, because he has done his time in Hell. Finishing Sinner is “Travelin’ Soldier,” a sentimental, political piece that Lewis duets with his daughter, Zoe. The topic of Staind’s 2003 track “Zoe Jane,” his daughter coming of age, sits with dad to sing about about the soldier that leaves and comes back…and the one that does not. A beautiful way to end the record, like her dad, Zoe’s voice is full of emotion.

Lewis’ head-on approach to his topics and the ease of his delivery makes Sinner an album that lends itself to multiple listens easily without interruption. Furthermore, the duet with his daughter is heartwarming. Like Lewis has said, he has come full circle musically, proving he can do whatever he sets his mind to. CrypticRock gives Sinner 5 out of 5 stars. 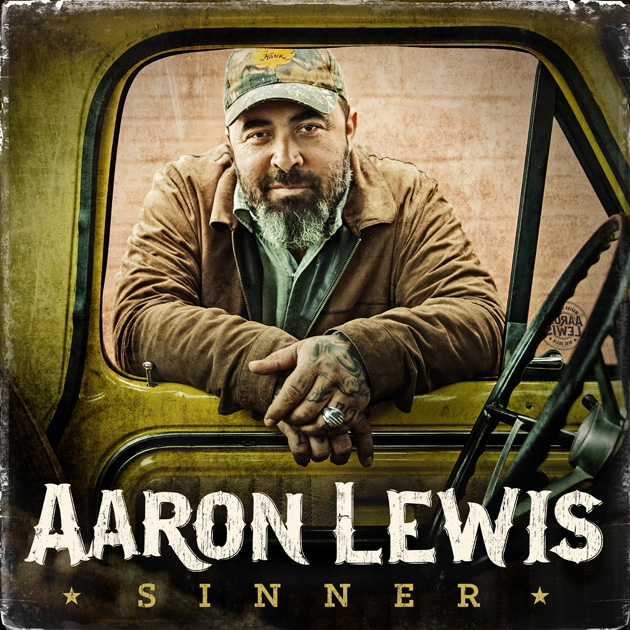