To what lengths would a parent go to help a sick child? This heart-wrenching debate is the central thesis of the Paranormal Thriller Aaron’s Blood, which arrived in select theatres on June 2nd and was released to On Demand and VOD platforms on June 6, 2017 thanks to Gravitas Ventures. 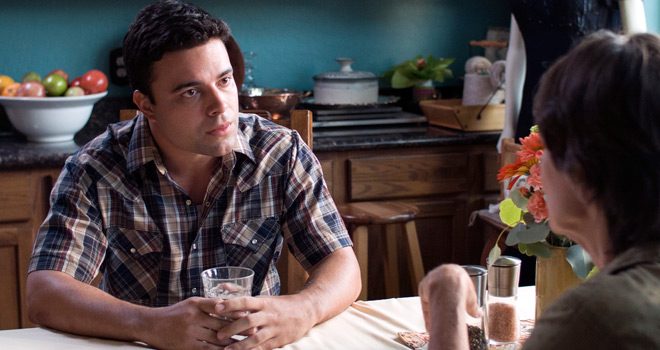 Aaron’s Blood is the tragic tale of Tate “Tater” Diaz (Trevor Stovall: Hate Crime 2005, Sedona 2011), an apathetic 12-year-old who recently lost his mother and is being bullied at school. Oh, and the poor kid is a hemophiliac as well. When Tate acts up in school and ends up suspended for a day, widowed dad Aaron (James Martinez: House of Cards series, Run All Night 2015) is forced to take notice that all is not hunky-dory in Diaz land.

Aaron literally sees the proverbial writing on-the-wall and forewarns his son that the bullying will only get worse; and when it does, Tate finds himself hospitalized for a broken nose with serious complications due to his hemophilia that lead to a necessary, life-saving blood transfusion.

Back home and recovering quickly, Tate begins to exhibit some curious symptoms. In fact, he wakes up in the hospital only to declare that he feels perfectly fine and wants to head right to school so that he does not miss his scheduled math exam. If this is not a sign of a sick teenager, what is? Though the true symptoms begin to add up: he no longer needs his glasses; he is unable to keep down solid foods; the sun leaves him burnt to a crispy critter; and his resting heart rate is 45 (while the average teen clocks in at 55-85 beats per minute). As the story unfolds and Tate’s situation becomes ever more precarious, a mysterious duo – bartender-cum-priest Earl (Michael Chieffo: L.A. Confidential 1997, Argo 2012) and the school janitor Mike (Michael Peach in his acting debut) – break into the Diaz home and hold a double bit axe to the teenager’s sleeping neck. 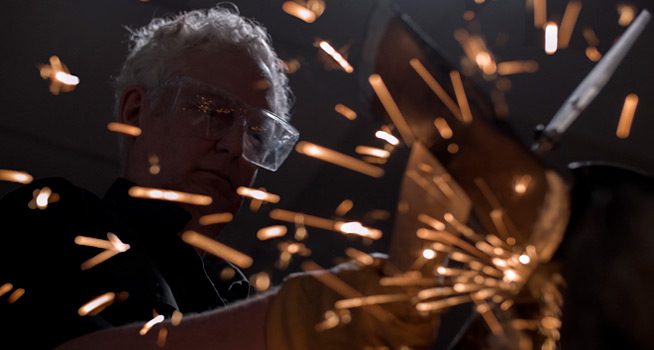 Aaron is thereby forced into a paranormal world of mysterious intrigue that quickly becomes his sadistic reality. If he wants to save his son, he must figure out what is truth and what is fiction, how the two collide, and how to save Tate before the hourglass runs dry. The entire plot plays out like a Paranormal Drama steeped in classic Horror traditions, but seriously lacking in anything that is decidedly horrifying. The characters here are largely ironic, from the incompetent police duo of Officer Lopez (Michael Lopez: Sedona 2011, Eyes on the Road TV series) and Officer Vaughn (Luke Barnett: Fear, Inc. 2016, The Walking Fred TV series) to the mysterious hospital chaplain, Father Kane (David Castellvi: Hello Herman 2012, Sedona 2011). The role of Aaron’s elder sister Karen (Farah White: The Ladies of the House 2014, Miss Congeniality 2000) is utterly superfluous, though done fair justice by White’s acting skills.

Clocking in at approximately 80 minutes in-length, Aaron’s Blood was written and directed by Tommy Stovall (Hate Crime 2005, Sedona 2011). Overall, the film is a mixed-bag that presents both good and bad approaches to modern Horror. It is, at its core, a film that follows the recent trend of placing vampires into the real world, the characters realistic individuals – not monsters who avoid garlic and religious objects.

Due to this real world, anti-coffin approach to our villains, the Special FX throughout Aaron’s Blood seem to ultimately work counter to this underlying realism; eyes change to wacky colors as Tate confronts his enemies, while movements are blurred to give the effect of superhuman speed. In fact, in one particular scene, Tate’s movements read like something out of 1973’s The Exorcist! The dichotomy between these exaggerated effects versus the realistic feel of the overall film detracts from what could have been a truly stellar, re-imagining of the classic Horror villain. 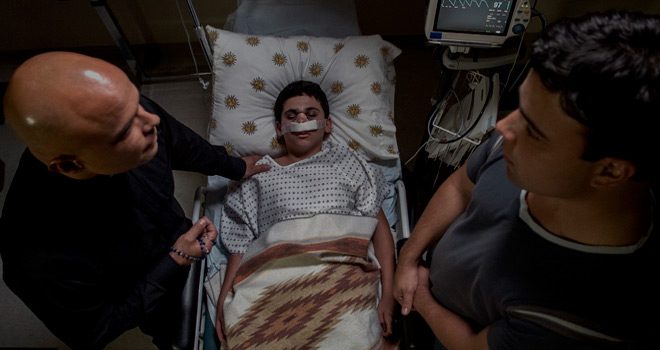 Another bizarre inclusion throughout the film are recurrent depictions of nightmares as reality, lacking a clear delineation until after the scenes have played out; ultimately just a technique employed by Director Stovall to mess with the viewer’s mind and attempt to lead watchers astray for a moment. This neither ruins the film nor adds anything worthwhile, and the time could have been better spent developing some of the flat characters and building more intensity. On the opposite side of the spectrum, there is some attention paid to quirky details, including one hospital soda machine that dispenses “Acula” cola. Cue the snorting giggles.

Aaron’s Blood is made enjoyable by the stellar, entirely believable acting of Martinez in the lead role, as well as the solid offerings of young Stovall as Tate. Full of irony, the film is many things, though ultimately a tale of a father and son and the lengths to which a parent will go to save a dying child. It is a film that reads more like a Paranormal-themed Drama than anything Horror; yet it is wholly watchable, somewhat enjoyable, and places an intriguing, real-life spin on the age-old tale of vampirism. For these reasons, CrypticRock give Aaron’s Blood 3.5 of 5 stars. 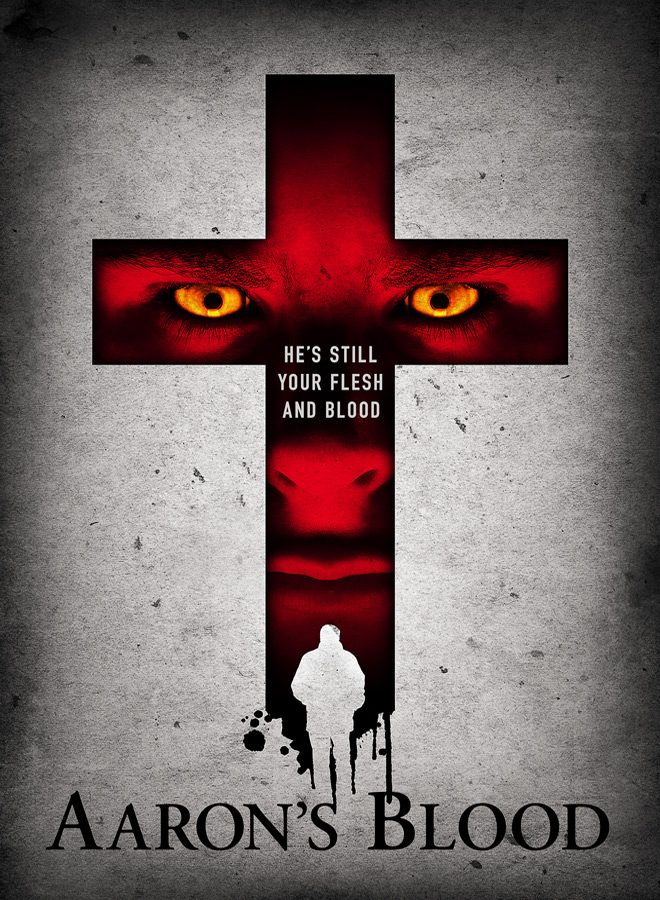