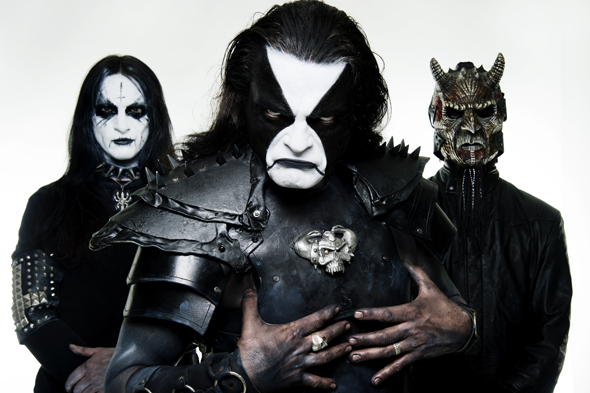 At the dawn of the ’90s, a second wave of Black Metal rose across the European continent with bands such as Marduk, Burzum, Emperor, and of course, Norway’s own corpse-painted Immortal. Arguably one of the most important bands on the scene at the time, Immortal has stood strong since their 1992 album, Diabolical Fullmoon Mysticism. Mesmerizing many with the melodic bliss their sound offers, their fans have especially been bewitched by the band’s vocalist/guitarist known as Abbath Doom Occulta or simply, Abbath. A signature part of the Immortal dominance over the course of their eight studio records, 2009’s All Shall Fall being their last, the announcement in the Summer of 2015 came down that Abbath would be parting with the band and he would pursue a solo career.

Confessing he had no plans to ever part ways with Immortal and pursue a solo band, Abbath moved forward in order to pursue his passion. Kicking off his new musical exploration at the Tuska Open Air in June and Heavy Montréal in August, rumors began to swirl that Abbath had been working on a new album. Making it official in November, the self-titled debut album, Abbath, was slated for release on January 22, 2016 via Season of Mist. Featuring Abbath on guitar and vocals, the recording lineup was rounded out by former Gorgorth bassist King ov Hell, Lead Guitarist Per Valla (Vredhammer), and Drummer Creature. Interestingly, just a month prior to the album’s release, Creature, revealed as veteran drummer Kevin Foley, and Per Valla departed from the band. Leaving an unforeseen gap, American drummer Gabe Seeber came on to fill in for live duties as Abbath tour across Europe in early 2016 to support the new album.

Nonetheless, Abbath compiles a total of eight ruthless tracks that fans have been dying to hear. Setting the tone, “To War!” comes on as a brutal awakening as evil slowly emerges with hints of Abbath’s grunts. Building tension, the melody comes in before a thunderous drumming storm, atmospheric distorted tones, and a fitting guitar solo by Ole André Farstad. This is followed by the turbulent “Winterbane” as the drums hammer before a razor-sharp guitar riff that holds a Thrash to Black Metal style before Abbath’s voice erupts with a catchy aggression. Bringing on more organic and acoustic tones later on, this is merely a dynamic deterrent before all hell breaks loose, revealing a hidden satanic possession until the bitter end. Slowing the mood down slightly with the opening of “Ashes of the Damned,” Abbath fools the audience again into a sense of false comfort before detonating into complete and utter chaos. Complemented by a coarse, yet Gothic atmosphere with distorted bass lines, Abbath belts out dark lyrics, reminding all that worldwide apocalypse can always be near.

The album progresses with “Ocean of Wounds” as drums and bass initially come in before a monstrous guitar riff glides through. Here, Abbath’s vocals stand out heavily as he annihilates the listener with tales of torment and self-destruction. Reaching the halfway mark, there is no let down, and the captivating single “Count the Dead” opens with crackling thunder before more blistering guitar riffs. Faster than the prior two songs, it is instrumentally stimulating throughout as Farstad returns for a screaming guitar solo. Driving in with Thrash vibes, “Fenrir Hunts” quickly pummels the audience with relentless blast beats. Entrancing the audience with sheer force, Farstad returns as final guest guitar solo midway through the track, and it plays out flawlessly.

As Abbath travels into its final two offerings, “Root of the Mountain” slowly burns in as a mellower, more melodic instrumental piece. In fact, it is not until over a minute into the song there are any sign of vocals. Capitalizing on its eerie tone, it is a calmer song that one may dare say is soothing.  Then the eighth and final track, “Endless” arrives, full speed ahead.  A fearless conclusion, it consists of Punk Rock elements that make up the foundation of Black Metal, and it is no doubt a masterful piece that will have listeners yearning for more.

With Abbath’s storied history, many were curious what he would do outside the world of Immortal. With this debut, he has proven his timeless legacy is intact as he channels his unique style that Black Metal followers have grown to love. In enough words, Abbath is a total of approximately forty minutes of mayhem that many veteran fans would praise and newcomers would enjoy as well. The album stays true to what Abbath is as he captures the atmosphere of an earlier Immortal delivery with a modern twist. CrypticRock.com gives Abbath a 4 out of 5 stars. 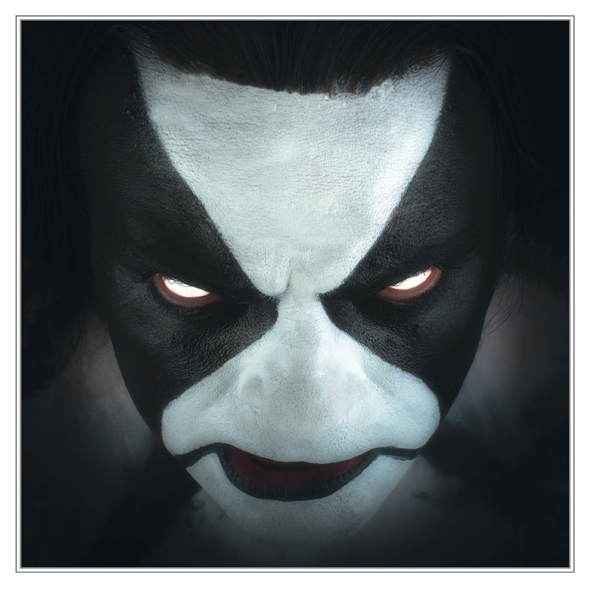