It is not uncommon for siblings to have acrimonious relationships and different perspectives on their childhoods. Premiering on VOD as of November 8, 2016 and DVD as of December 6th via Uncork’d Entertainment, Abbey Grace focuses on the relationship between a brother and a sister after the death of their mother. Written by David Dittlinger (Cleetus Redbone: Apparition Apprehension 2012, The Butchers 2014), and Stephen Durham (Bloodlines 2007, The Butchers 2014), who also directed, the events of the story take place in modern day. 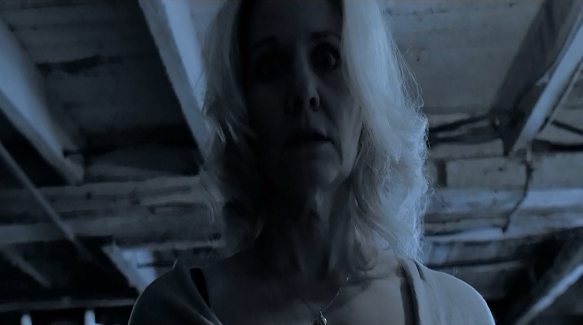 Stacey, played by Actress/Casting Director Debbie Sheridan (My Haunted House TV series, A Bird Named Peter 2016), is a psychiatrist whose forced to take time off her successful practice to take care of her brother Ben (Jacob Hobbs: Surge of Power 2004, Death Factory 2014) after the death of their mother (Kirbi Mason: Gone Girl 2014). Ben has not left the house in over twenty three years and suffers from a number of phobias including OCD and agoraphobia. While he likes the house meticulously clean, he does not clean. The presence of Stacey’s dog Duke (Roach: debut film) is a bone of contention between the siblings, one Stacey is not willing to back down on.

Stacey has difficulty understanding Ben’s bond with their late mother considering the mental and physical abuse she inflicted upon both of them. Given the complexity of the situation in psychiatric terms, Stacey uses Ben as a research subject. After a particularly bad day together, Stacey takes Duke for a walk through the woods where she stumbles upon a cemetery. While she finds a headstone for a little girl named Abbey Grace (Maggie McNabb: Chicago Fire 2013), Duke digs up a girl’s shoe and a strange box. He carries the items inside and dumps them on Ben’s bed.

Almost immediately, Duke’s behavior changes. Where once Duke tolerated Ben’s dislike of him, Duke now taunts Ben and becomes aggressive. After he almost attacked Stacey, she is forced to chain him up outside. Ben begins seeing a young girl around the house, and Stacey is so concerned for Ben’s mental health she asks her friend and co-worker Bridget (Amber Gallaway: My Fair Wedding 2012, Death Factory 2014) to assess him at their home. 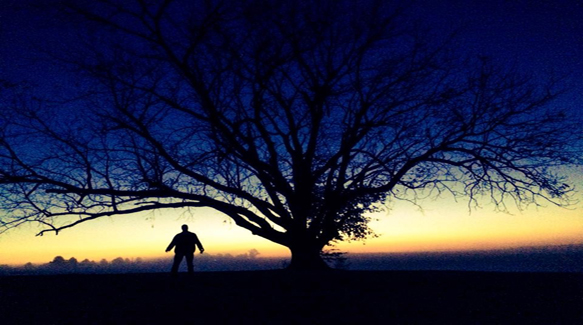 Simultaneously, strange events start around the house and yard, and the girl appearing more, which leads Ben and Bridget to do some research on the property. They discover it once was a boarding house for girls run by an abusive headmistresses (Jamie Hickman: Ginny & Martha 2013, The Boy Who Cried Fish 2016). It does not take them long to realise Abbey is the ghost Ben is seeing and the likely cause of the house’s haunting. Stacey’s behavior likewise changes and she acts as if possessed, but by whom? Bridget and Ben grow closer together and they uncover the past in the hope of saving Stacey, them, and Abbey’s soul. What they do not expect is what happens when they succeed. 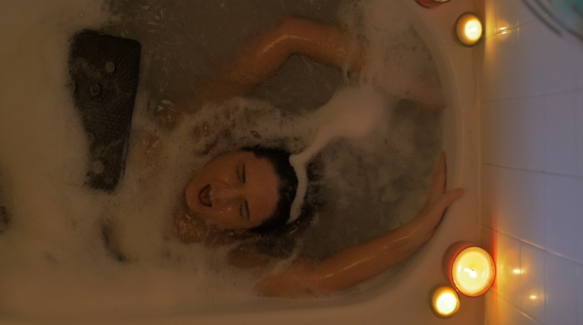 Filmed in New Hamburg, Missouri, Abbey Grace is an interesting take on the haunted house scenario. While there are many cliche moments, and the acting is shaky in patches, it holds enough unique twists and turns to keep the viewer watching. The title sequence intrigues the viewer and provides some necessary backstory. In addition, the cinematography by Jon Schweigart is smooth and creates an eerie atmosphere. Overall a decent movie for Dittlinger’s writing debut, CrypticRock gives Abbey Grace 3 out of 5 stars. 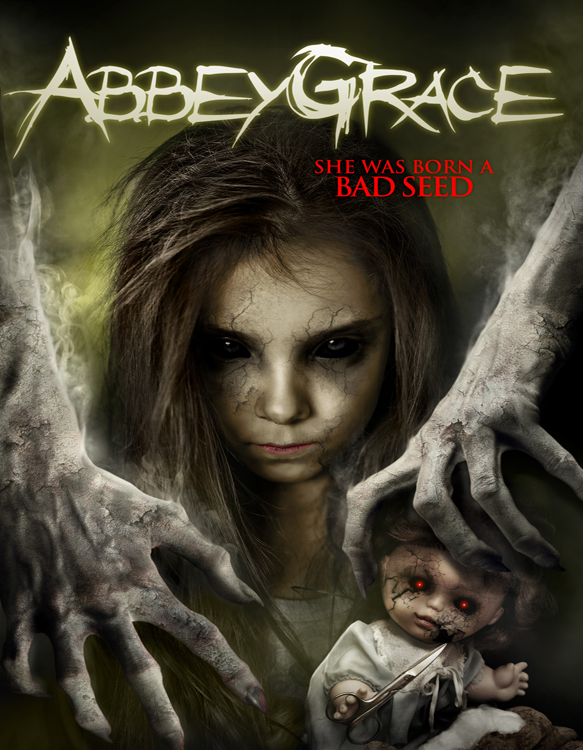