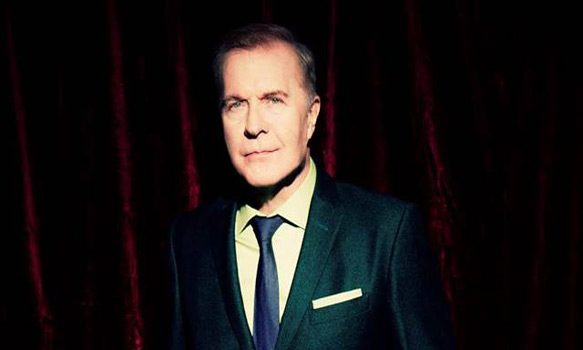 Many fans and music journalists have been praising ABC’s new album, The Lexicon of Love II,  for being the ultimate comeback masterpiece by the English New Wave band. Arguably a valid compliment, listeners may simply slip in the disc, or spin the record for that matter, and get sucked back into the time of polished, shiny, and slick dance-floor worthy orchestral Synthpop/New Wave music.

Formed in Sheffield, England, in 1980, ABC ultimately became the musical vehicle of the classy singer Martin Fry. To date, the English band has nine albums in its legacy, from 1982’s The Lexicon of Love to this year’s well-anticipated The Lexicon of Love II, whose overall sound and theme returns to the humble but grand beginnings of its original predecessor.

Released on May 27, 2016, The Lexicon of Love II opens with the classic Blue-Eyed Disco sound of “The Flames of Desire.” The same full-on orchestral concept flows flawlessly into “Viva Love,” where Fry’s smooth, soulful voice soars into a cracking passion in likely places. The wistful ballad “Ten Below Zero” slows down the mood, harking to a similar sentiment once felt in ABC’s very own “Ocean Blue,” from 1985’s equally legendary album How to Be a … Zillionaire! Another ballad, albeit slightly mid-tempo, follows in the form of the beautifully titled “Confessions of a Fool.”

With “Singer Not the Song,” ABC is in classic Synth-pop mode, and Fry is in his best confident predisposition. Closing his eyes while being swept away by the big sound of the song, the listener can easily visualize Fry on a big stage, with the spotlight reflecting on his sparkling golden suit. And then there is the Sophisti-Pop sway and swing of “The Ship of the Seasick Sailor”—a typical ABC style, in which one finds Fry’s vocals in its best form. This song fits on a playlist that includes A-ha’s “Living a Boy’s Adventure Tale,” John Mellencamp’s “Jack & Diane,” and The Lotus Eaters’ “Out on Your Own.”

The groovy “Kiss Me Goodbye” stands out with its piano arrangement and catchy chorus, that can leave the listener still humming the tune long after the album is done. The ensuing “I Believe in Love” is a change of style; with its jangly and springy guitar works, ABC is exploring Guitar Pop / Alternative Country territory. The cinematic orchestration of “The Love Inside the Love” will not surprise the initiated when told that this was co-written by Anne Dudley, one of the orchestrators behind the iconic soundmeisters Art of Noise (“Moments in Love”). The penultimate slow pulse of “Brighter than the Sun” is another Fry-Dudley collaboration that features lush instrumentation that combines string-laden ’70s R&B and ’80s New Wave sensibilities. Finally, The Lexicon of Love II closes with a short instrumental reprise of “Viva Love,” emulating the same reprisal concept done with “The Look of Love” in the original The Lexicon of Love.

In terms of uniqueness, each of ABC’s albums could stand on its own without paling in comparison with another. After all, the primary goal of most artists, more often than not, is to be able to release a string of works, while connected with each other by a trademark sound, each of which has a distinct character of its own. However, if the goal is to wrap up an almost quarter-of-a-century discographic career with a defining return-to-form magnum opus, then Fry with the rest of ABC has succeeded on high notes, orchestral flare, and soaring melodies. “You came, you saw, you conquered me,” sings Fry. Actually, it was the reverse. With The Lexicon of Love II, ABC has arrived and conquered once again the fancy of both old and new enthusiasts of well-engineered Pop music. CrypticRock gives ABC’s new album 4 out of 5 stars. 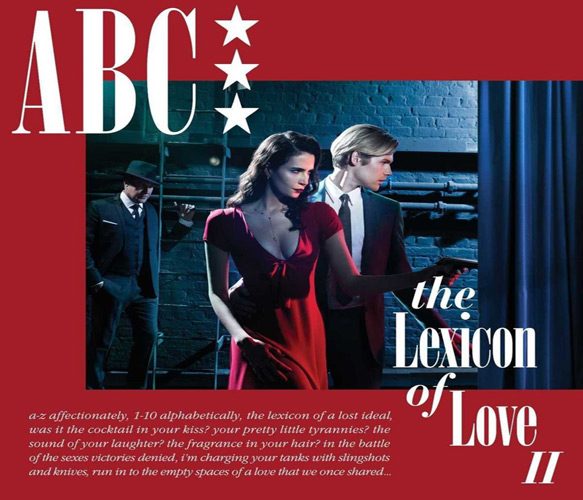