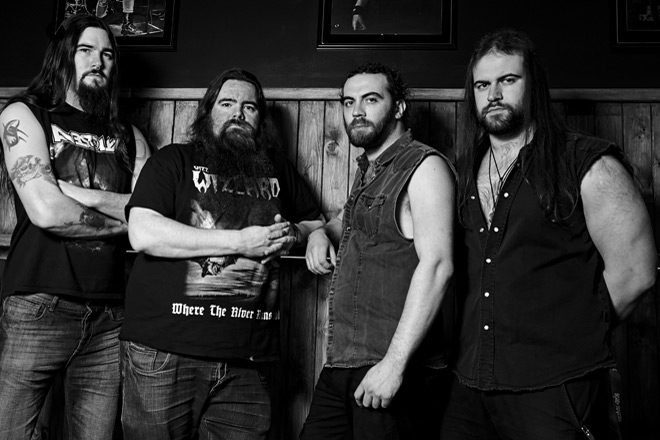 Rising from the ashes of Fury UK after brother Luke Appleton joined the mighty Iced Earth to tour the world as their bassist, Absolva became a new vehicle for talented Guitarist/Vocalist Chris Appleton to conquer his own musical empire.

With Martin Mcnee remaining loyal behind the drumkit, Karl Schramm takes on the bass duties, but in a twist of serendipity, touring schedules have enabled prodigal brother Luke to return to beef up the sound with his rhythm guitar wizardry. In addition, Absolva are the band who also provide the musical mastery behind Blaze Bayley formerly of Iron Maiden and their credibility extends far further than the Manchester scene they grew up in.

To put it mildly, Chris is a creative genius, with a heart of Metal and a soul of a guitar hero. Defiance, out July 28, 2017, is album number 5 since Absolva’s inception just 5 years ago. A follow-up to 2015’s Never A Good Day To Die, Defiance is also released on family run Rocksector Records.

Excited to offer the world more, Absolva bring forth additional delight with this double album consisting of 12 new tracks plus the bonus of 8 more tracks on disc 2, 2016’s single “Harsh Reality,” 3 acoustic tracks, 3 live tracks, and a live drum solo, this is bumper value for money to reward their growing army of fans. It is also a fitting tribute to Wizz Wizzard who passed in 2016, a friend who supported Absolva from their early days, and is a great loss to the European Metal music community.

Recorded in Axis Studios, Doncaster with Matt Elliss in charge of mixing, mastering & production, Absolva retain their classic British NWOBHM feel. This in mind, Chris’ vocals have developed with age, maturing to a richness that suits their style; his guitar playing is breathtaking.

Starting with disc one, a generous helping of 12 new tracks begins with “Life On The Edge,” which was released as a tempting free download to whet the appetite for the full album release. A brutal, heavy track straight out of the early ’80s, this would sit well among bands like Helloween, Iron Maiden, and Saxon. Chris’ fingers work the frets at lightening speed, while the drums pound you into submission; it is a classic NWOBHM track that stands proud amongst the band’s own heroes. Title-track “Defiance” has a higher pitch – whereas the opener is quite doom-laden this is more exhilarating and fast tempo, you could even dance to this live, it has the sort of beat that drives you to move. Then, “Rise Again” demonstrates their more melodic side, gang vocals bolster the chorus and some sensual harmonies deliver a contrast that generates interest from opening chord to final note. its guitar solo is certainly worth taking note of.

Moving on, “Fistful Of Hate” has the swagger of a Spaghetti Western with attitude and bravado, while sending a message of warning to those who cross the Appleton clan. Picking up the pace to Metal speed, the drumming intensifies noticeably and dominates the music with its unrelenting beat, matched in the solo by breakneck riffing, “Never Be The Same” is a philosophical wonder. Thereafter, a classy rhythm marks “Alarms” as a well construed refrain, a track about heeding our own warnings and not trusting too much; wise advice for bands in this day and age.

With stirring acoustic strains, as well as poignant hushed vocals, “Connections” feels agonised and emotional. With tender chords and delicate sentiments, the song is an oasis of passion in an album of fury. In direct contrast, “Midnight Screams” is a demonic scream, a fast and furious anthem of vitriol, a picture of fear and nightmarish visions. This is while “Life and Death” is a rockier gallop through fascinating vocabulary and intense guitar work. Thereafter, “Eclipse” adopts the mantle of descriptive symbolism through song, its rhythms lure the listener in, while the chorus will make this a live classic.

Based upon the famous slogan of the Special Air Service, “Who Dares Wins” takes a manly stance, while the drums batter you to submission, in a frenzy of heroism. To bring disc one to a close, they chose to include “Reflection,” in memory of the aforementioned Wizz Wizzard. It is a song he and Chris would sing together, making it one fans will really connect to while understanding the sense of loss felt within it.

Continuing to disc two, the final eight tracks commence with “Harsh Reality,” which is a brutal onslaught, fierce and heavy, with a sense of resentment and their trademark guitar master-class solo. The next tracks are all recorded live at Husqvarna Festival Sweden in the summer of 2016 including “Hundred Years,” which is weakened by the sound not being up to the studio quality, which reveals a vocal that is stretched. However, it does show how far they have come in Europe compared the home scene. The same applies to “Live For The Fight” before a short blast of one of Mcnee’s characteristic episodes from behind the kit which points the spotlight at the drummer briefly before returning to focus on the guitar genius in “Code Red.”

The final few offerings are all re-imagined as acoustic tracks. The Appleton’s are well known for stripping back their songs and laying them bare acoustically and it shows on the acoustic renditions of “Never A Good Day To Die,” “It Is What It Is,” as well as “Never Back Down.” All hugely popular songs from their back catalogue, they have a live feel; these are no wishy washy, gentle acoustic tunes because acoustic guitar has never sounded bigger, beefier, or angrier.

With Defiance, Absolva have created a strong album which varies in styles while providing depth. The international Metal world would be remiss not to catch onto these talented brothers. All this in mind, the first disc is certainly a triumph of songwriting and showcases the amazing guitar work which never fails to impress when seen live and should entice new fans. Disc two is more for the dedicated followers. One thing is for sure, Wizz would certainly be proud. For this, CrypticRock gives Defiance 4.5 out of 5 stars. 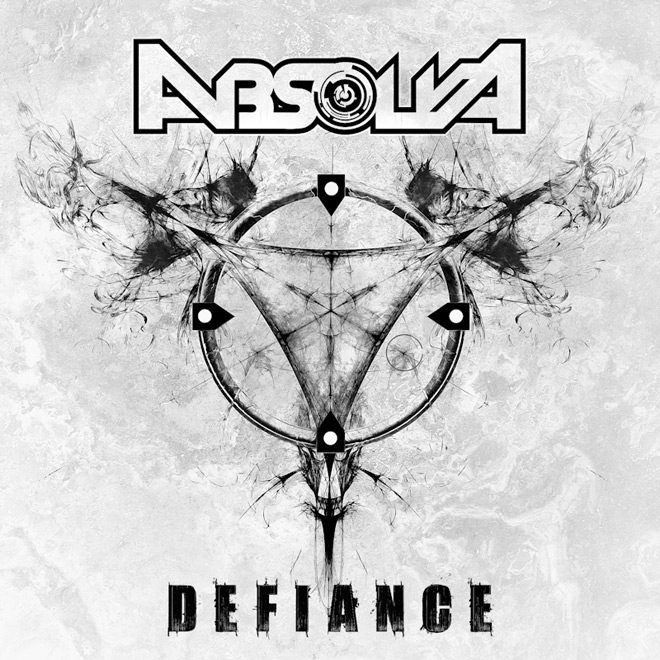