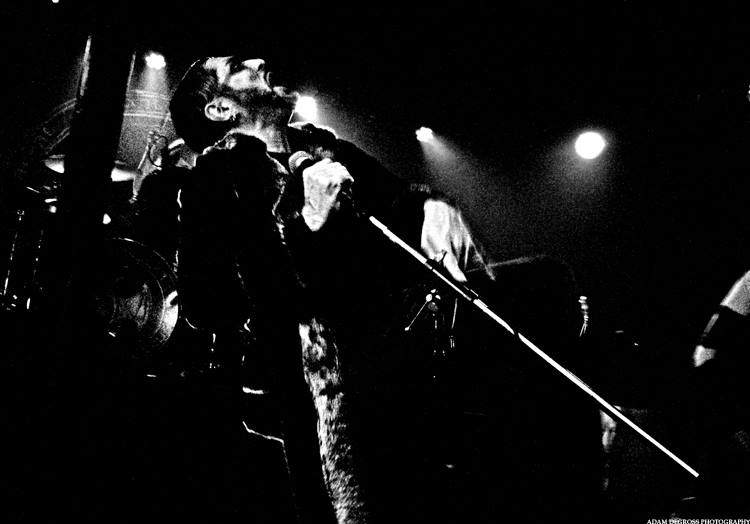 ABSU today announce details on their upcoming tour, titled North American Connexus Continuation. The ten-city tour will see the band perform a complete set with music spanning throughout their twenty-two year recording career. This excursion is a follow-up mini-tour by the Texas-based mythological occult metal trio since the release of Abzu – the second of a planned trilogy of recordings.

Vocalist/drummer Proscriptor shares, “Since the release of our latest recording, Abzu, the response has been extremely vehement and now is the perfect moment to continue spreading the album’s essence throughout unchartered regions the band did not perform in earlier this year. We purposely waited until the timing was ideal to embark on this additional journey, as we shall continue contaminating the communities with our craft of Mythological Occult Metal.”

Proscriptor also adds, “We have begun the composition/arrangement process for the next album, suitably titled Apsu, which is the Sumerian-Akkadian spelling of the band moniker. We shall wait until the new album is released before we present any of the new material in a live atmosphere.”

Abzu, the band’s seventh studio album, was released October 2011. The album was recorded/mixed by J.T. Longoria (King Diamond/Solitude Aeternus) and features original works by Polish artist Zbigniew Bielak (Ghost, Watain, Entombed, Behemoth, Destroyer 666, Vader, Etc.) Proscriptor commented, “With this record, we appended dirtier elements of psychedelia and fusion. Lyrically, it descends deeper into Enki’s lower world as well the Thelemic Magic(k) System.” He added, “This album is not a ‘natural progression’ from previous releases, but a feat of metaphysical conquest and murkiness.

ABSU came to prominence with the release of their 1993 debut, Barathrum: V.I.T.R.I.O.L. Each album saw continual expansion of the band’s now highly regarded artistic vision and international fanbase. It was with 2001’s Tara that the band truly arrived. The album reached top lists of countless magazines worldwide. Years, however, would pass before any new material would be recorded. In late 2007, the band finally announced their re-awakening. Now teamed with London-based Candlelight Records, the band would take nearly sixteen months writing/recording their sixth album. Absu, featuring contributions from members of King Diamond, Mayhem, Melechesh, Firstborn and Enthroned, was released early 2009.