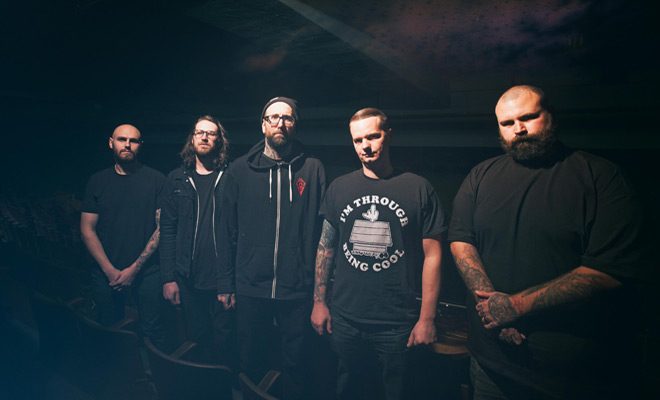 Spawning from the flames of hell, The Acacia Strain are a Deathcore act with staying power. Together since 2001, the Massachusetts based band have endured a couple of seismic shift upheavals over the years. Through it all, they have huddled over the cauldron of creativity and painstakingly stirred it to yield a slew of studio albums – seven in all. The latest, Gravebloom, is set to be released via Rise Records on June 30th.

Led by Vincent Bennett on vocals along with Kevin Boutot on drums, Devin Shidaker on guitar, Gravebloom is the first studio album to feature newest members Griffin Landa on bass and Tom “The Hammer” Smith, Jr. on additional guitar. Following the band’s progressive step forward with 2014’s Coma Witch, what does Gravebloom offer? Well, to start off, it is a sonic feast for any full-fledged black leather wearing Heavy Metal headbanger!

The tracks themselves writhe with ass-kicking energy of defiance and in your face finger pointing type of aggression. The music prompts one to plunge deep within the recesses of the brain and release their inner dark persona with a vengeance.

Eleven songs in total, “Worthless” is the first bone thrown to the minions and it is a piece that is hypnotic, mind-numbing, and intermittently pulsating with guitar wails. Next comes “Plague Doctor,” a song which can be best described as fast-paced dirge with waves of  rhythms sinking into the center of shark infested waters awaiting a gnashing feeding frenzy of endless rows of teeth.

Moving on, “Bitter Pill” is delivered with a deep throated growl reminiscent of an angry dog and is full of grit and gut-spewing lyrics. This is before a guest vocal appearance from Kublai Khan’s Matt Honeycutt joins in on “Big Sleep,” offering up a taste of the metallic forbidden fruit with its tugging and pulling array of heavy tones. Then, the album’s title-track is unveiled like a snippet of time-lapsed photography speeding up the course of the development with Hardcore sounds. On the other hand, “Dark Harvest” conjures the vision of a black-clad Grim Reaper ready to snatch his unfortunate victim to the other side where death and darkness prevails. Thereafter, “Abysmal Depths” comes in with a soft and subdued tone before crashing the listener over the head like a guitar being swung down repeatedly.

As described, Gravebloom is thrashing, brazen, and raw to the bone. Furthermore, the raspy booming vocals of Bennett are both intense and fiercely demanding like a predator on the prowl. The combination of frenetic guitar strumming and adrenaline rush is a recipe for a heady kinetic experience.

All this said, there is no question The Acacia Strain is one heavy hitter not to overlook. So… if you are ready to strike up a match and set your brain cells on fire with the aural flames of The Acacia Strain, think Gravebloom! This is why CrypticRock gives this album 4 out of 5 stars. 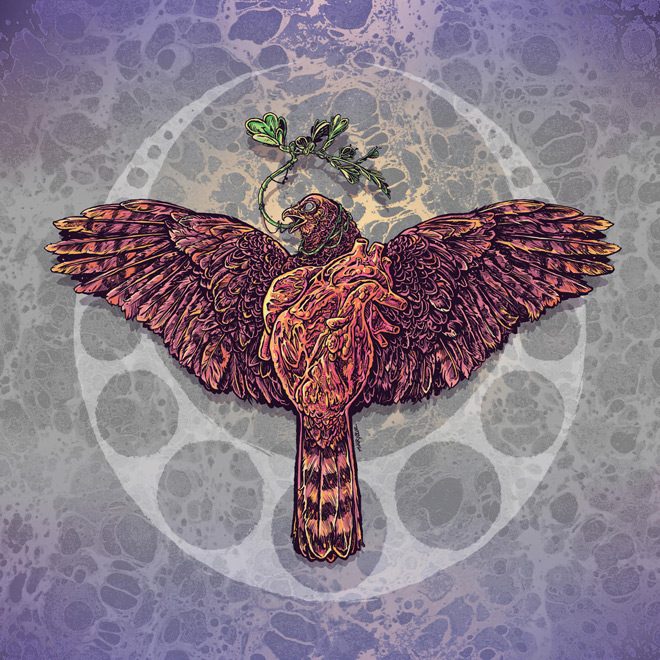 The Acacia Strain will spend their summer as part of the Van’s Warped Tour. For more information click here.