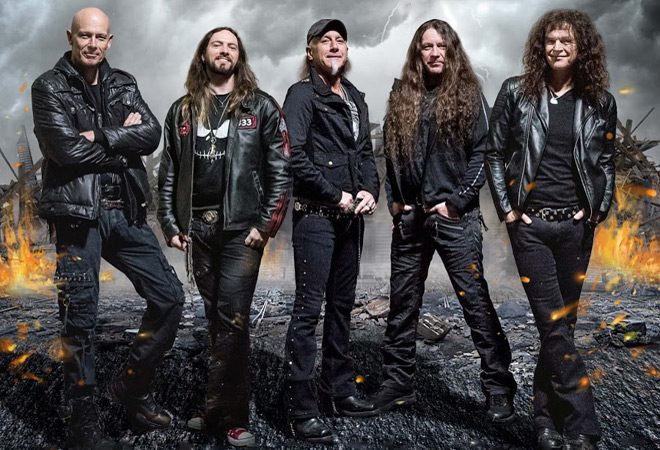 In Heavy Metal, it must be expected that despite the diehard survival rate of the genre lasting over forty years, one should always expect changing times and unpredictable circumstances to come into play.

In the case of German Heavy Metal icons Accept, there have been many member changes, including the departure of vocalist badass Udo Dirkschneider, who has since been replaced by the talented Mark Tornillo. Through it all, there has remained only one constant with Accept, Guitarist Wolf Hoffmann carrying the torch since their origin.

Still going strong in 2017, others members currently in Accept are Uwe Lulis on guitars, Peter Baltes on bass, and Christopher Williams on drums. The aforementioned guitarist and drummer are both brand new to the band and their contributions are felt on Accept’s latest effort, The Rise of Chaos, which hit airwaves August 4, 2017 via Nuclear Blast Records.

What is important to note about Accept is that they are high on the classic Heavy Metal chain of importance, and in Deutschland, they are definitely among the top of the Heavy Metal food chain.

Although everyone has their personal opinion, it seems to be among the popular opinion that both Accept and U.D.O., which are currently active in their own ways, are both extremely successful, and in no way downgrade the other as they seem to represent an equal divergence. That in mind, the speedy, Thrash based classic Heavy Metal anthems started by Udo, and carried forward by Tornillo, are the essence of Accept that remains timeless.

On The Rise Of Chaos, Accept offer ten new tracks full of lighthearted fun. This is while boasting serious riffs to tunes that are filled with some of the most amusing lyrics imaginable for this band. Then again, it must be remembered that they marked their claim to fame with a song called “Balls To The Wall.” As for Tornillo’s vocals, he is every bit as powerful as Udo and the style is remarkably similar as well. Now, before blowing a fuse, nothing can replace old school Accept sung by Udo himself, but Tornillo is the one creating the future of this band now and he should be respected for doing so.

All this mind, the album begins with “Die By The Sword,” which for a topic of discussion, seems to be such a literal repetition among Power, Speed, Folk, and Thrash metal. Its cheese factor is plentiful, yet it is a very catchy tune possessing some originality as well. As far as a marketable album goes, this one hits the nail on the head with an irresistible and simplistic theme. The common thread seems to be an ode to the problems humans create for themselves and throwing them into the ring of fire to sort it all out while the audience mocks. Next, “Hole In The Head” is another laughing pot of fun with catchy riffs and playful lyrics saying, “I need you like a hole in the head,” yet it should not be underestimated since the song is done very well.

On to a more serious note, the title-track has a nitty-gritty heavy undertone with domineering vocals that bring out the best from Accept. The epic nature of this powerful tune drives the theme home and reminds the listener that this band means business. Right afterward, “Koolaid” opens with some fancy solo work and then pours into the craziest lyrics yet, “don’t drink the koolaid.” Although, there is much more than meets the eye in these tunes that take multiple listens to really comprehend and appreciate, even if it could be quickly written off. The guitars can do no wrong and the lighthearted mixture with the serious fast riffs are no joke.

Other noteworthy songs include “Analog Man” with its anthem qualities, “What’s Done Is Done” featuring some of the catchiest classic heaviness, followed by the tortured efforts of “Worlds Colliding,”and then the ironic closing of the tune “Race To Extinction,” speeding to the final halt. There is not much in this world more satisfying than seeing chaotic upheaval blossom and flourish into a new breed of fresh life, and that is Accept in a nutshell.

The tour in support of The Rise of Chaos will bring much love and enjoyment to an unordinary table. If there was ever a time to lighten up the world’s problems with witty Heavy Metal, it would be in 2017, and what better band to deliver it than Accept? In conclusion, CrypticRock gives The Rise of Chaos 4 out of 5 stars. 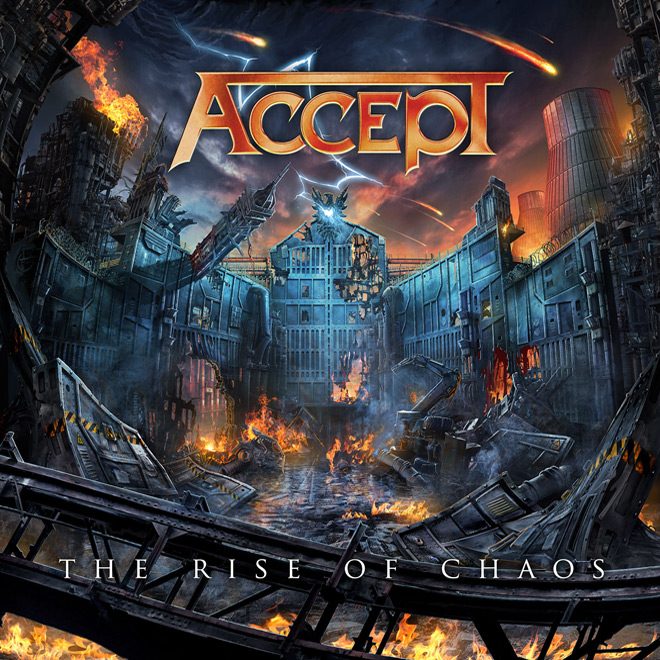