What happens to the man who is able to save others’ soul but not his own? Among a plethora of low budget Horror films comes a true gem entitled Accidental Exorcist, which takes a deeper look into the life of a reluctant exorcist man, Richard Vanuck, played by the film’s Co-Writer and Director Daniel Falicki (The Joe Show 2014, 13 Demons 2016). 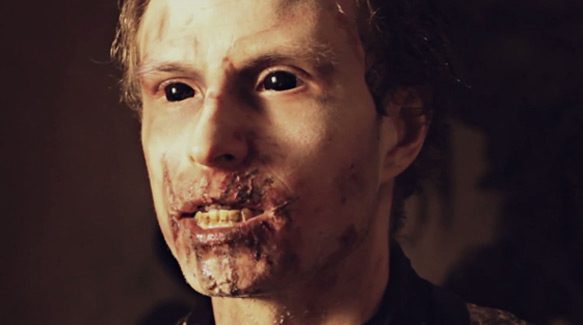 Co-written by Warren Croyle (Ancient Alien Question 2012, The Last Vampire on Earth 2013), initially released in June of 2016 via Sector 5 Films, while supported by a talented but small cast, multi-talented Falicki carries Accidental Exorcist largely on his own.

In modern times, evil continues to grow and the number of people getting possessed by demons likewise grows each year. For a long time, Richard Vanuck has single handily evicted these dark forces using his own unconventional yet effective method.

Despite successfully saving these people, the exorcisms and constant contact with evil incarnate takes its toll on Vanuck. In his everyday life, Vanuck struggles with keeping things together – he has no money to eat properly; he is behind on rent, and his landlord, Burgess Belle (David Higbee: The Phone Number 2009), constantly asks him for it; he is a raging alcoholic; and he owes money to some gangsters. All of these issues complicate Vanuck’s existence, and with the demons growing stronger, Vanuck spends each night with a bottle. It is almost as if the demons he expels leave scars upon his soul he cannot hide from or make go away. 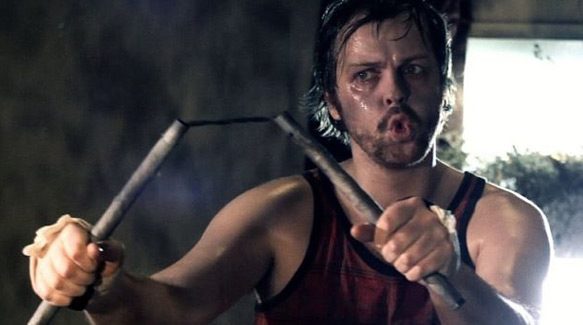 Vanuck’s brother Kenneth (Michael McCallum: Lucky Jay TV series, Silver Platter 2016) offers Vanuck an sales job in an attempt to help his brother back on his feet. Like staying sober, Vanuck does not last long in the outside world and goes back to doing exorcisms and spiralling out of control. Even a young woman (Kara Joy Reed: A Parent’s Worst Nightmare 2017, Seth and Tia 2017), cannot break Vanuck out of his funk. Being constantly inebriated not only puts Vanuck in poor health, but it also affects his instincts, and he begins making mistakes. This lack of attention soon puts Vanuck and his own soul in grave danger without no one more capable than he able to save him.

While there are tons of films about possession out there, they do not have the depth of characters that Accidental Exorcist does. Vanuck is a visceral character full of flaws, yet likeable enough to create empathy within the audience. Watching Vanuck’s disintegration scene by scene is captivating, and his unique exorcism approach is a delight, adding some dark humour to the bleak situation. Falicki and Croyle have created an innovative, enjoyable story with an indelible, enthralling main character. Falicki puts himself totally out of anyone’s comfort zone when playing Vanuck and bared his soul. All that said, Falicki is certainly one to keep an eye out for in future, as an actor and a filmmaker. 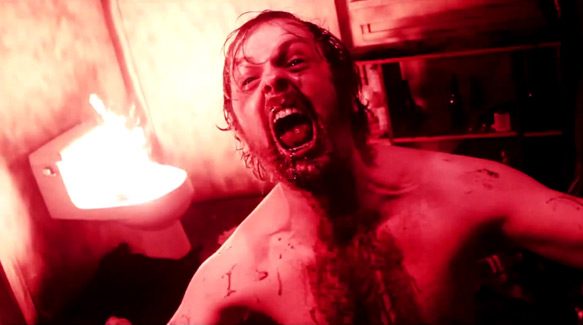 The only downside is there are a couple of scenes in the middle that slow down the pace a little, but overall, Accidental Exorcist is a solid movie. In addition, the cinematography by Scott Baisden (13 Demons 2016, Soft Core 2017), creates a creepy almost dream-like feel surrounding the events, and the special effects are outstanding considering the small budget. Accidental Exorcist puts bigger budget Horror films to shame, and delivers an entertaining watch from beginning to end. A clever and insightful story, CrypticRock gives Accidental Exorcist 4 out of 5 stars. 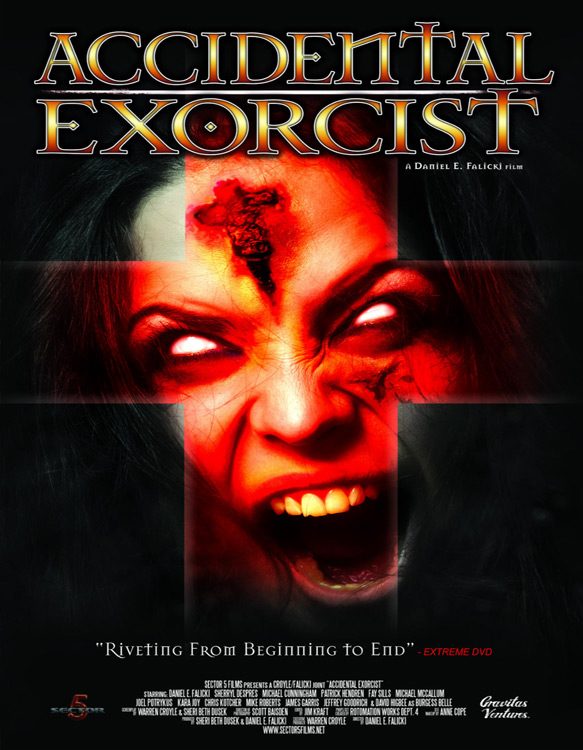