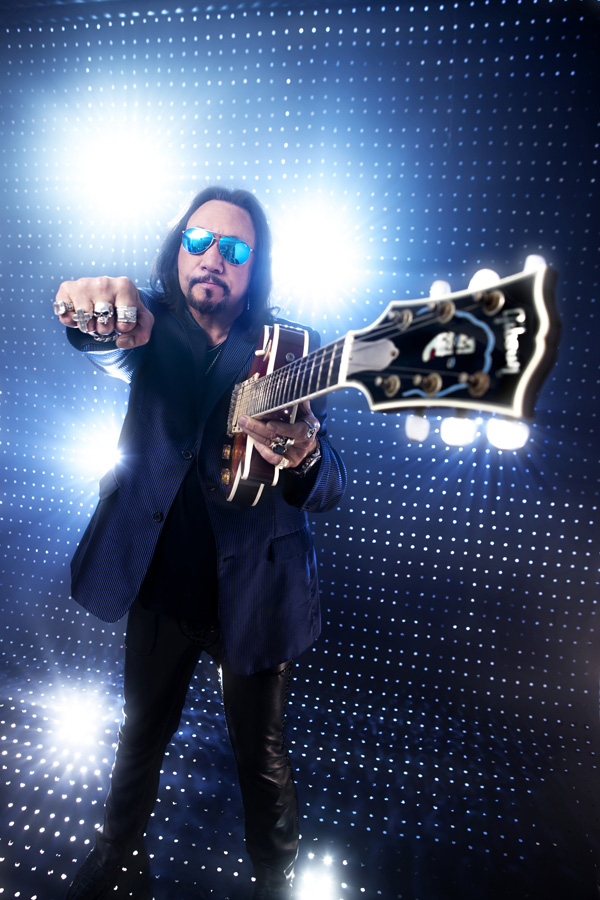 Ace Frehley. The name conjures images of face paint, platform shoes and pleather pants. Even though it has been 32 years since the Spaceman originally left KISS to become a solo artist, after spending a total of fifteen years with the band (1973-82, rejoined 1996-02), one cannot help but remember where he got his big start. Now in 2014, Frehley releases his first album since 2009’s Anomaly and sixth overall album, titled Space Invader.  Released by eOne Music on August 19, 2014, Space Invader was recorded at The Creation Lab (Turlock, CA) and produced by Frehley himself. The album debuted at No. 9 on the Billboard 200, making it the only time a solo album from a member of KISS, past or present, has ever landed in a US Top Ten Album position. Supporting cast consists of Matt Starr taking the place of Anton Fig on drums, The Cult’s Chris Wyse on bass, and taking up his usual helms, with Frehley himself on vocals and guitar, of course.

Upon listening to Space Invaders, listeners immediately notice the record is a lot more KISS-centric than his others in the past.  Frehley really lets himself loose, pouring himself into the vocals and letting Starr tear into the drum solos. This album is pure 70’s style rock for the sake of rock, tied together with a space-tinged ingenuity that only Frehley could pull off. The energy in the title track, “Space Invader” is palpable.  Frehley kick starts this album with a chorus of screaming guitar riffs and a heavy drum beat. “Gimme A Feelin’” starts off with classic a Frehley Whammy bar and rolls right into a fast, pumping backbeat that makes you want to cruise on down the highway with the windows down and the volume up. The beginning drumbeat in “I Wanna Hold You” rears right up to a nice, tight rhythm, turning over into a bit of a pop chorus that will keep the listener bobbing along until the very last note. “Change” slows it down a bit, a heavier tune that would sound right at home on “Frehley’s Comet”. Starting off with a sweet, spastic guitar trill, “Toys” brings us into the ‘80s for a bit, Starr’s drumming backbeats reminiscent of bands like L.A. Guns and Motley Crue in their prime. Once again dipping into the Southern rock sound, “Immortal Pleasures” rests right on the edge of being twangy, at least until the chorus where he flows right back into a heavier rock sound. “Inside the Vortex” – classic Frehley – reminds you why you first began to love him. A no holds barred, hard and heavy riff, “Inside the Vortex” is sprinkled with those amazing guitar solos Ace is so well known for. Another trip into the 1980’s is with “What Every Girl Wants”, where the audience may expect to hear Brett Michaels “Whoo-hooing” upon its opening. The rock Ballad “Past the Milky Way” feels like it could be a bit heavier in the chorus, but as the only really slow song on this album, perhaps Frehley wanted to keep it on the softer side. “Reckless” stays pretty even-keeled until the chorus, where the drums pick up and Frehley follows through with harder hitting vocals. Then follows the cover of The Steve Miller Band’s “The Joker”, which is decent with a somewhat subdued Frehley.  The album wraps up with “Starship”, an up-tempo, flowing instrumental that feels like a jam session’s perfect storm, winding up and dropping off with the roll of the tides.

Overall Space Invader is a screeching, thumping, whirlwind of nostalgia that will make Frehley fans want to grab their skintight jeans, black fingernail polish, and roll on down to the nearest stadium concert with devil horns ablaze.  CrypticRock give this album 3 out of 5 stars. 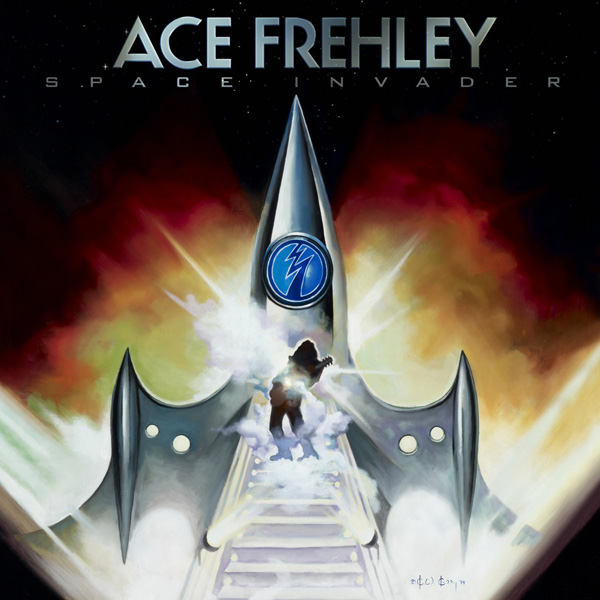