Not content with being one of the original and most creative television chefs (Taste This TV 2003), Multitalented Writer/Director/Actor Joe Ciminera (6 Minutes of Death 2013, Venial 2015), has now delved into acting, writing, producing, and other aspects of the film production process by releasing Horror movie Acedia on the December 20, 2012 in the United States. The definition of Acedia describes the “state of being apathetic, bored, listless, of not caring or being concerned with one’s position in the world and can lead to a state of being unable to perform one’s duties in life.” Funnily enough, it was originally considered a problem among monks, priests, etc who live a solitary life. Acedia is the theme underlying its namesake. Filmed in Glen Cove, Long Island, New York, Acedia is set on a run down country estate, some time in the past, which houses a number of families including Erick (John Basedow: Tales from the Dark 2013, 6 Minutes of Death 2013), and his daughter Marcella (Julia Gregorio: Purification 2012, 6 Minutes of Death 2013), Charles (Larry Costa: Havana in Bushwhack 2012, Apex Rising 2015), his wife (Tiffany Browne-Tavarez: Apex Rising 2015, Girl on the Ledge 2015) and daughter, who is currently very ill and bedridden. Her parents are concerned she will die and have limited options, but Charles insists he knows how to take care of it. 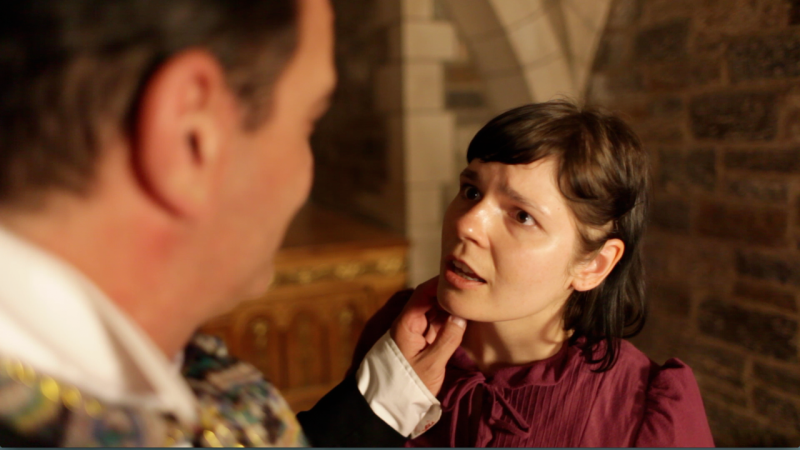 Four middle-aged Priests and two young monks, Brother Marcus (Matthew Burns: Larry Ravioli 2012, Apex Rising 2015) and Brother Jonathan (Frank Riano: Tales from the Dark 2013, Apex Rising 2015), arrive at the estate, admiring the expansive gardens surrounding the mansion. Along their way to the main house, they discuss the reasons they have been called to the estate; to perform an exorcism on Charles’ daughter. Brothers Marcus and Jonathan are scared of the consequences of the ritual, concerned about their safety. Gossip in the nearby town surrounding the estate is rife with sinister and unexplained disappearances, which does not help matters. Erick and Marcella play in one of the gardens and Marcella also becomes ill, vomiting blood. Marcella has been sick a number of times, but has recovered. A panicked Erick talks to whoever he can about how to fix his daughter, including the priests which angers Charles. With sick children, strange parents, and even stranger gardens, the priests seem to have walked into a situation even they cannot control. Amongst the building tension, one of the priests hears mention of a special box; made from the wood from Noah’s Arc. It can grant wishes, but at what cost, and how is it tied to the dark history of the property and its occupants? The mysterious box complicates the approaching exorcism, the darkness within it seeps into every part and person of the estate. 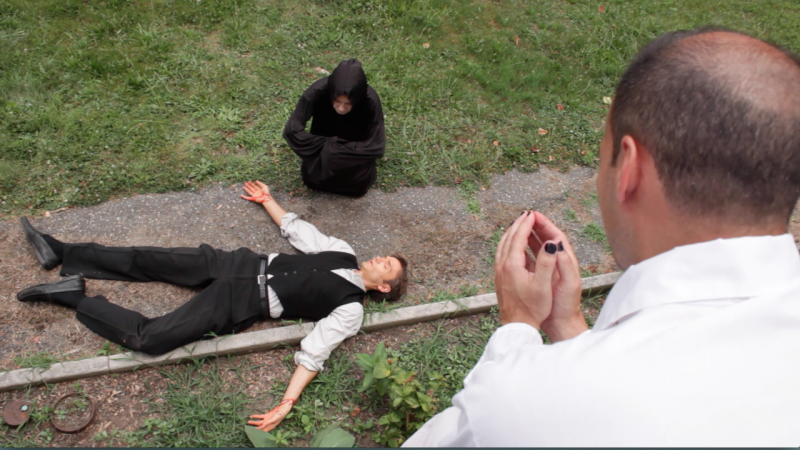 Scene by scene, the characters are lead down the garden path, but cannot be sure they will make it back again. The growing evil tries to deter the priests from their important mission by making them question their own motives, but do they have a strong enough faith to survive? The gardens come alive, mysterious terrifying ghosts start appearing, along with an unseen man. What will it mean for the sick children? As Marcella gets sicker, Erick goes to extreme lengths to protect her, while Charles tries to keep the priests on target and help his own daughter. Not only are they fighting to save the children, but they also fight for something much larger? Torment takes terrifying physical forms, and the people of the estate are pushed to reveal their true selves. What is this box and will it save them all or do something much worse? Tormented and tortured by the past and present, each character is faced with making difficult decisions and facing somewhat immediate consequences. Will the sins of the fathers again affect their children? 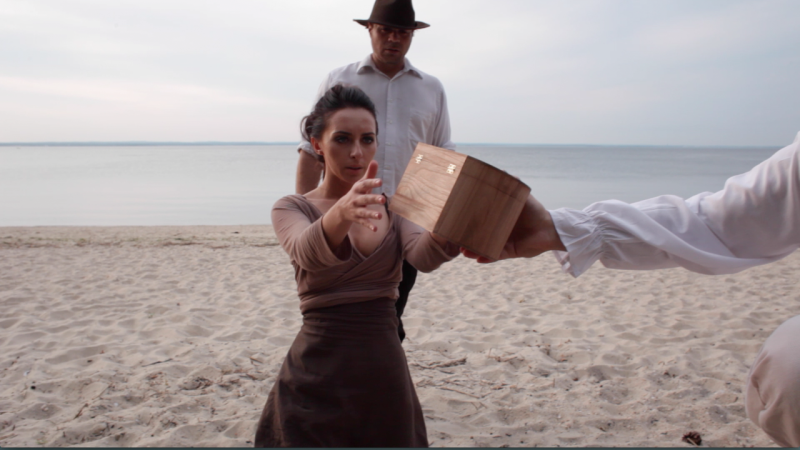 Ciminera likes to push the envelope, offering another unusual and unique storyline. It is a little hard to tell which time frame the current scene is in until it gets closer to the end of the movie, but this is not enough that the viewer will not want to keep watching. Cinematography by Mike Abela (Venial 2012, E19 Virus 2015), George Lajara (Victory 2011, The Double Con 2011), and Ciminera successfully encompass the large expansive grounds, making good use of the run-down, creepy, natural scenery. Costa as Charles may benefit from a bit more experience, and his attempt at speaking French is distracting to the viewer. Occasional shaky acting and camera work does not detract from the interesting storyline. The box itself would make an interesting storyline just on its own. Ciminera makes a surprising and interesting cameo during the film, so keep an eye out. CrypticRock gives Acedia 3 out of 5 stars. 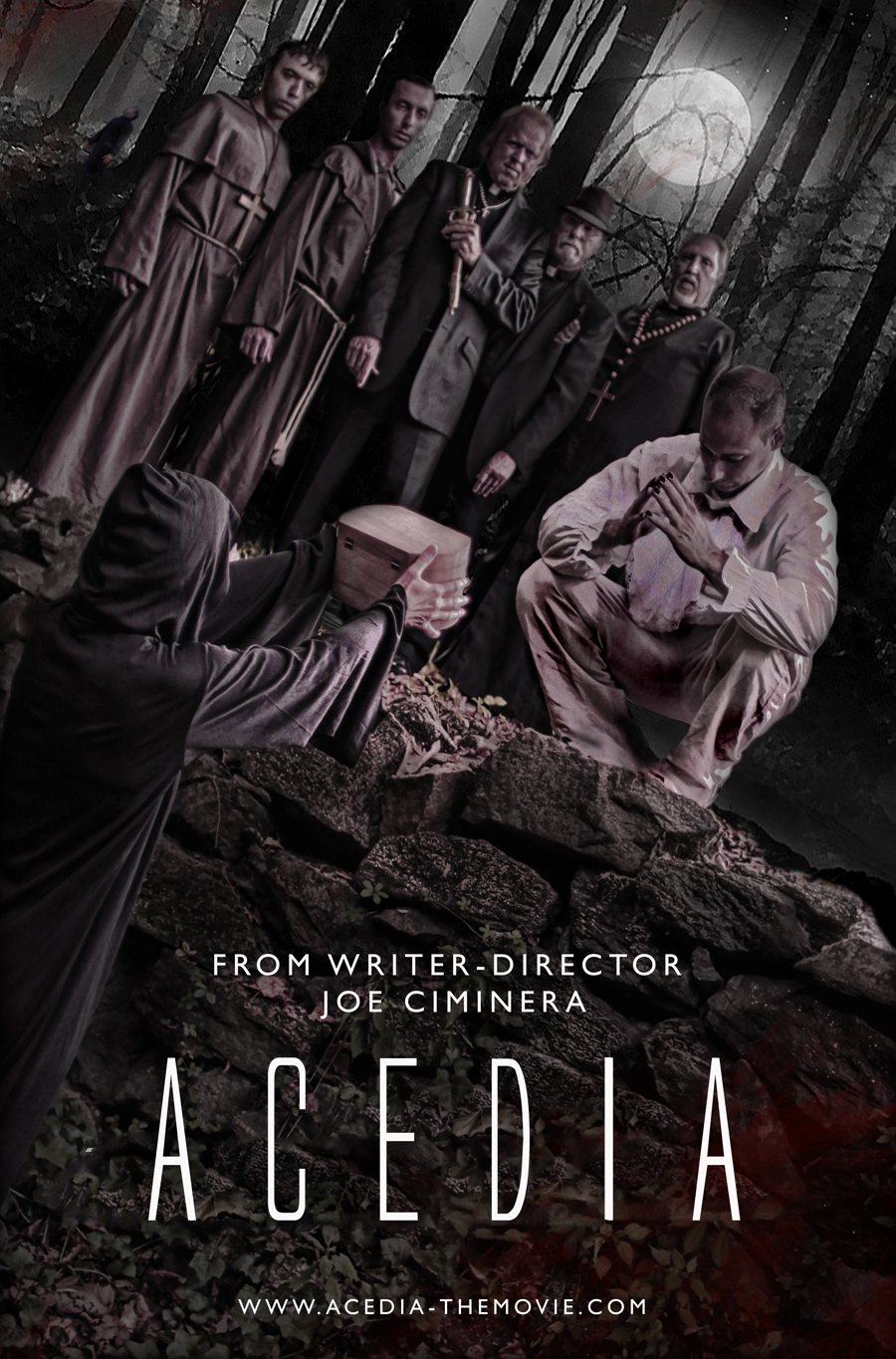