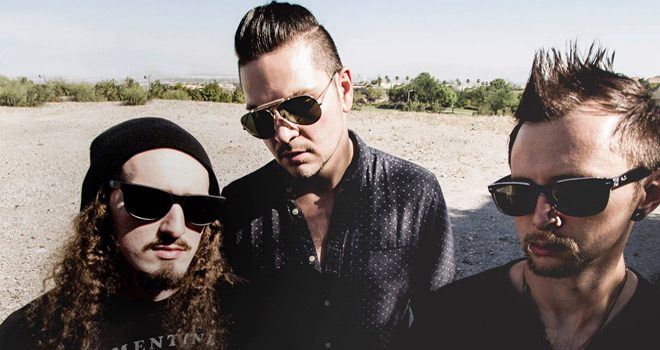 Underdogs of the Hard Rock scene, through dedication and passion, Adelitas Way continue to pump out quality Rock-n-Roll. Determined to keep moving forward, the Las Vegas, Nevada natives join forces again for their latest album, Notorious, released on October 20, 2017 via their label The Vegas Syn.

Their second full-length record in two years, following 2016’s chart-topping Getaway, Notorious marks their fifth overall studio effort. Before we look at the future, we must understand the past. That said, for Adelitas Way, the journey began eight years ago with Vocalist Rick DeJesus leading the way. Making an impact with their 2009 self-titled album, it was 2011’s Home School Valedictorian which solidified the band on the Rock scene. Touring and building a fanbase all over the world, they followed up with Stuck in 2014, an album DeJesus proclaimed to be the next step in the band’s evolution.

Still making moves toward crafting the best Rock songs they possibly can, Notorious continues the band’s growth. Produced by Johnny K, Brian Howes, Johnny Andrews, and Dave Bassett, the album promises to be a diverse bag of treats. The nine-song playlist is a collection of Hard Rock candy ranging from political, war driven anthems to their profoundly vulnerable ballads.

Wasting no time, Notorious launches with the title-track and current leading single off of the album. As an introduction, it provides a powerful beginning to the album. Making its mark with dominant drum bursts, DeJesus’ eccentric vocals creep in through a retro style, offering the perfect dynamic to the rebel anthem. Fast-paced, “Ready for War” continues the theme of breaking the chains as the band fights for all the right reasons while they “pray for peace, but I’m ready for war.” Here, there is a sense of urgency as the sound waves run in circles, providing a rushing reaction. Snare drums give off the feeling of gunshots, and the bridge is filled with aggressive bass. As the first single off the record, “Ready for War” helped carve the success for the album, playing as the theme song of WWE TLC.

Pulling no punches, lyrically, Adelitas Way tackles the war on drugs with “Trapped,” telling stories of unfortunate ones and pledging an oath to never go back to that type of lifestyle. “I lost my soul so many times,” cries DeJesus, and his confession is heartbreaking. A song that may need time to grow on a listener, it is one that anyone can stand behind lyrically. As a sufferer from addiction, it is encouraging to continue the message of hope, even when one may have lost his/her way. Turning the mood more light and playful, “Tell Me” comes in with sweet guitar, subtle bass, and tambourines rushing against claps that maintain the beat. There is a sense of similarity to Sick Puppies’ “There’s No Going Back” through the swaying groove and echoing vocals, but Adelitas Way does a nice job of surprising their listeners with deliciously sweet ballads such as these.

A change of pace again, “I Want You” is the edgy “Dirty Little Thing” off of Notorious. Packed with marvelous guitar riffs, it is an irresistible headbanger from the ringing feedback that sets off the track. “I can’t get you out of my head,” reveals DeJesus during the amped up Classic Rock number. Then, Adelitas Way continues to make bold statements with inspiring track “The Real World.” The mid-tempo, all-around well composed piece is honesty served on a silver platter. “Eyes are feeling like concrete… The dreams are dying dim” is a fair warning of fighting for what is yours is given as DeJesus advises to try to not slip into the mundane patterns of everyday life.

From the second Notorious begins, Adelitas Way grabs a hold of the listener by the heart in a way they always have. It takes some maturity to open up the way this band does, and it can be admired for the way they are not afraid to show such vulnerability. Whether it is a pick-me-up, a fighting song, or a love ballad, Adelitas Way makes no mistake in orchestrating some of their best work as in Notorious. For these reasons, CrypticRock gives this album 4.5 out of 5 stars. 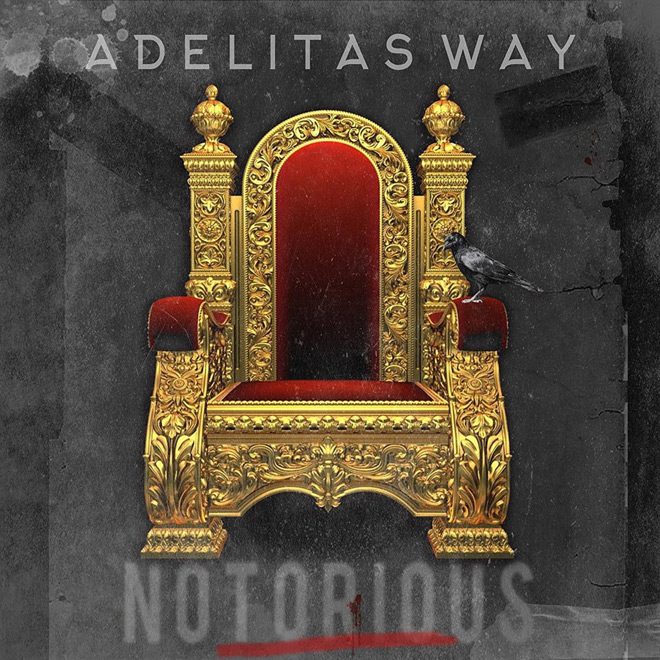