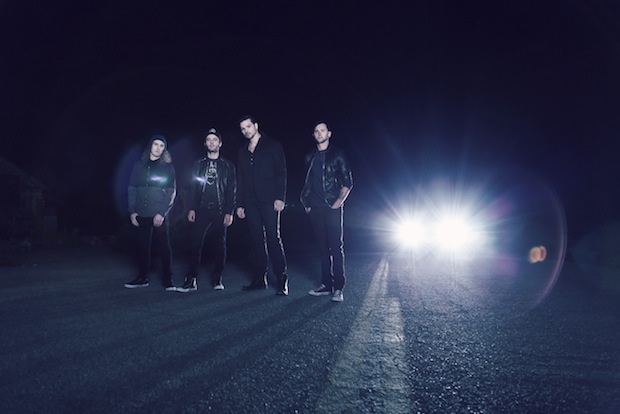 Hard rockers Adelitas Way from Las Vegas have been know for their hard-hitting style since their formation in 2009. Since then, their presence became known due to the intense tone featured on wrestling shows and even hit television shows like CSI Miami. Adelitas Way know what makes them shine, making their third full-length album, Stuck, a surprising continuation of their explosive style.

It is no secret that Adelitas Way know how to create a bombastic introduction. The opening track, “Dog On A Leash” leads listeners in with an intoxicating guitar riff that chugs into an anticipating verse. Lead vocalist, Rick DeJesus, does a remarkable job controlling his voice in order to project an overwhelming amount of power. The lingering melody of the chorus is notable also; the band does a really great job of capturing listeners this way on Stuck. This strong power of instrumentals and vocals end the album as well. The closing track, “We Came”, is dominated by the fast tempo and unique verse instrumentals. The verses are the highlight of this track vocally, too, and makes up for the generality of the chorus. Adelitas Way does a much better job of reeling in listeners throughout the album, however. Asure to be fan favorite on this record is “Save The World”. This track is a lot smoother in sound and is full of melodic hooks that lift the intensity of the song. The surges of the chorus can recall sounds of “To the End” by My Chemical Romance.

Even though the trademark hard and heavy sound of Adelitas Way makes its way into the album, the spotlight really shines on the more alternative side of Stuck. They use many of their deep and creeping elements on the track “Blur” (“She’s a reckless, drama, senseless and she feeds like a leech”), but the leading sound is the catchy refrain that draws away from the great intensity of the verses. Other times, the band fully commits to their liberating tones and come out on top with songs like “Different Kind Of Animal”. This powerful song holds nothing back as its unforgettable hooks and enthralling feeling take the wheel. The track has a consistent sound throughout the entire three minutes, giving each note forceful power. This style and tone of Adelitas Way is certainly the favorable one; even “Drive” is a favorite for its adventurous story within the lyrics and sounds (“I need a little summer / I need to feel the world”).

This superior style, however, is remarkably different from the harsher style Adelitas Way is used to. They really surprise listeners with some of their choices. “Undivided” is a softer piano driven track proclaiming love, “We’re undivided / we’re bound by a thousand days.” Although the lyrics are quite elementary and the overall sound is common, the uplifting power of Adelitas Way keeps this song on the right track. An even odder addition to the album is “Something More”. This same theme of romance is showcased in a very pop-oriented way, turning this hard rock band into a boy band. Nevertheless, the catchy nature of the song makes it decent, although not what anyone would have expected from Adelitas Way. Stuck is definitely a experimental album for the band.

Though the quality of the album remained consistent, the styles did not. A lot of different factors can determine if this is a good thing or not, but in Stuck’s case, it is up for discussion. The band has no trouble creating hard rock jams and empowering melodies, but anywhere in between still has room for growth. Adelitas Way has nothing to worry about, though. What they do to provide their fullest strength is enough to keep their beloved personality solidified. CrypticRock gives this album 3.5 out of 5 stars. 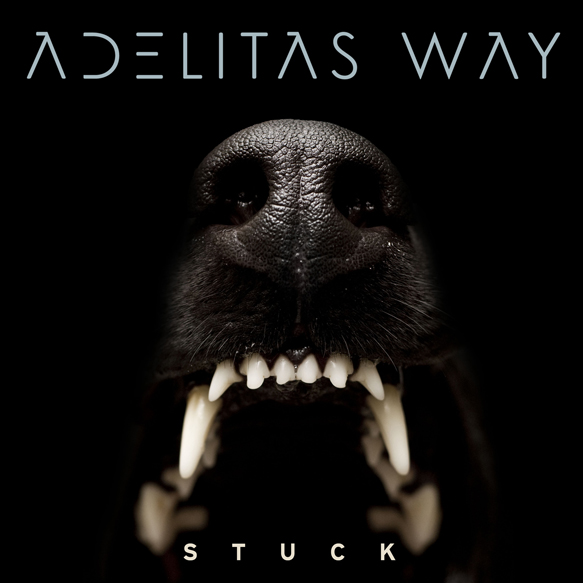