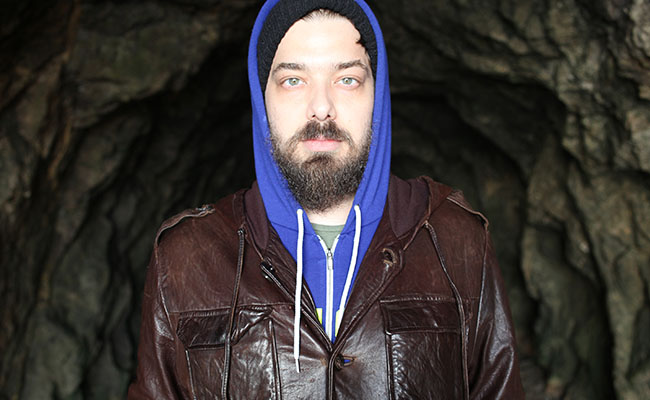 New York’s Aesop Rock is and has always been an anomaly among modern Hip Hop artists. In a study done by Poly-graph.co on the vocabulary of a large number of MC’s, it was found that the now almost 40-year-old rapper had the largest vocabulary of the artists included in the study, which featured such Hip Hop lyrical legends as MF Doom, Blackalicious, and the entire Wu Tang Clan. His esoteric lyrics are either praised for their clever toying-with of language and inner rhymes, or criticized for crossing into territories that are so abstract that the lyrics become entirely meaningless. Now four years since his last album release, Aesop has released his new beast of an album, The Impossible Kid. Dropping on April 29th, he manages to use the same clever and innovative lyricism in a way that is far less mysterious and mind-bending than his music in the past, and instead lets listeners into deeper parts of his psyche.

Written and composed during Aesop’s time living in a barn in the middle of the woods, like his last album, 2012’s Skelethon, Aesop handles all of the production, which is just as impressive as the beautiful and smooth rapping on all of the tracks. The album kicks off with “Mystery Fish” where the sinister beat sounds like the soundtrack to a noir film, with smooth horns affected with plenty of reverb. On the next cut, “Rings,” Aesop describes how he feels about his skills in drawing, and his feelings about attending college for visual arts. The song features a deep, growling beat with crisp live-recorded drums. The song “Dorks” is all about Aesop’s view of the music industry, with the line “Party over here, I’ll be over there” being repeated at the end of each verse, signifying Aesop’s distaste for the lavish life style usually related to famous rappers.

Then there is “Rabies” which describes Aesop’s time living in the isolated barn that he wrote the album in. He outlines the higher connection he formed with nature during this time, whether that connection is for better or for worse. The instrumental is dark and brooding, with a short, low piano riff looped throughout. “Supercell” opens with a distorted organ that could come from a silent Horror film. The song features some of Aesop’s most esoteric lyrics on the album. “Blood Sandwhich” opens with a personal narrative of an event happening at a little league game, where a gopher is distracting the players, cause the coach to kill the gopher with a baseball bat. The entire scene is described with impressive lyricism. The second half of the song describes Aesop’s mom not allowing him to go to a show for his favorite band Ministry, and how he lashes out at her for it. The entire song is an ode to his two brothers.

Later comes “Shrunk,” which is a story about a trip to Aesop’s psychiatrist. The beat on the song is incredibly infectious and heavy. Aesop references critics disliking his enigmatic wordplay with the lyrics, “She said, ‘when you start getting all expressive and symbolic, it’s impossible to actualize an honest diagnostic,’” essentially saying that people tend to not want to take the time to read into his lyrics, and that if they did they would be able to understand what he means. “Kirby” is one of Aesops simplest songs, it tells the story of him adopting his cat Kirby from an old lady obsessed with cats. “Lazy Eye” outlines Aesop’s more personal problems in his life, and all the different parts of his life that are causing him hardship. The Impossible Kid closes with “Molecules,” one song which Aesop described on his Twitter as “about feeling displaced, moving around, thinking about home, and wondering if home is even home anymore.” A great conclusion, it outlines various aspects of the outcomes of Aesop’s fame.

All in All, The Impossible Kid is a huge step forward for Aesop, who has already been making music for over ten years. It delves into topics that Aesop Rock has never been so open about in his music before. The choruses are catchy, the instrumentals are all uniquely fun, and the lyricism is smooth and clever. What listeners are left with is yet another great project from Aesop Rock. CrypticRock gives The Impossible Kid 4 out of 5 stars. 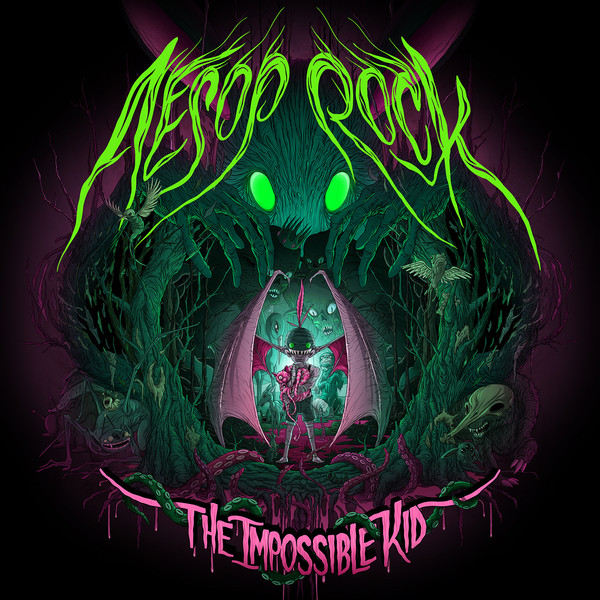