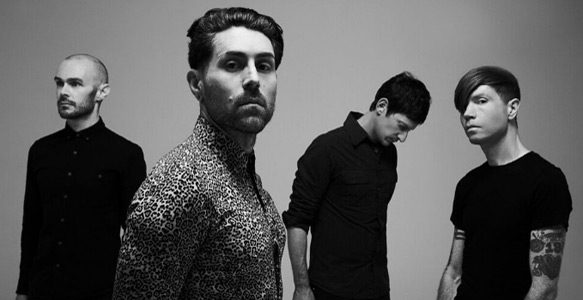 True veterans of the Hardcore/Punk scene, California’s AFI (A Fire Inside) are back with new music in 2017. Formed while still in high school back in 1991, the Northern Californian band consisted of Davey Havok (vocals) along with former members Mark Stopholese and Vic Chalker. All but disbanding when college rolled around, if not for a reunion gig in Petaluma, California in 1993, there might not even be an AFI today. Their debut, full-length album, Answer That and Stay Fashionable, was released in July 1995, and its underground success would lead to a deal with Nitro Records, a label owned by Dexter Holland of The Offspring. Following up with Very Proud of Ya in 1996, 1997’s Shut Your Mouth and Open Your Eyes and 1999’s Black Sails in the Sunset (1999) would bring lineup changes as well as the arrival of Guitarist Jade Puget and Bassist Hunter Burgan.

With the release of Black Sails in the Sunset, the band began to evolve and mature their sound. Keeping their roots in the East Bay Hardcore scene, the new style included darker influences. Macabre romance, Goth and Deathrock all worked their way into the band’s sound. It evolved the band’s sound to something closer to Horror Punk or Goth Punk versus their Hardcore roots. This is also about the time that the band began to gather an increasingly larger, devout following.

Through it all, they have released nine studio albums, ten EPs, one live album, one DVD, and a rabbit in a snow-covered tree. Now following a four year hiatus since 2013’s Billboard Top 10 album Burials, AFI brings fans their tenth studio album and latest, eponymous offering. Released on January 20th, the self-titled album has also been dubbed The Blood Album by the band themselves, likely due to the four limited vinyl color variants of the album (each matching one of the four blood types).

Produced by Puget, and co-produced by Matt Hyde (Deftones), on The Blood Album, AFI bring more of their ’80s and New Wave influences to their brand, which is slowly evolving more towards an Indie sound than anything Punk Rock or Hardcore. This is Havok’s Blaqk Audio project meets AFI with not a shade of their old-school, Horror Hardcore sound. Derivative, formulaic and rather dull for such a vibrantly unique band, The Blood Album often feels like a collection of polystyrene filler.

The lead single and video are or for the song “White Offerings,” one of the heaviest on the album. While the lyrics are curiously bizarre (“White offerings are all I bring. I welcome you, I offer you this white room”), the video is the hard-rocking, artistic AFI that fans know and love. It is the second single and utterly ridiculous, spacey video for “Snow Cats” that is the reverse side of the coin.

A seemingly Placebo-influenced song that lacks the zest of the British trio or the true vibrancy of this band, “Snow Cats” is a bland track that never should have been a single. Other banal offerings include the opener “Dark Snow,” ballad “Aurelia,” and “Dumb Kids,” where Havok could be mumbling his grocery list for all one can tell from the largely unintelligible lyrics.

Lyrically, Havok is across the board. Musically, Puget’s arrangements are as solid as ever, though often recycled from the band’s earlier material. When not borrowing from himself, Puget crafts sonics that often tread heavily toward the band’s influences, namely Placebo and The Cure. It is tracks that marry AFI’s blend of beautiful contrasts – such “Hidden Knives” – that save the project from utter failure. On the positive front, Puget’s production work on the disc is stellar, and Havok’s voice retains every shred of its youthful sass and vigor. The band are sonically better than ever; it is the lyrics and compositions that some may think need redrafting.

The songs that hold the album together are a varied mix, from angsty “Still A Stranger” (that actually sounds like a duet) to the atheist’s anthem, “So Beneath You.” The Red Hot Chilli Peppers were “Under the Bridge” but AFI are above it on a New Wave-influenced track that seems to sing about a friend’s suicide. Meanwhile, Havok channels his inner Brian Molko on songs like “Get Hurt” and the previously mentioned “Snow Cats.” The album’s heaviest tracks, “Pink Eyes” and “White Offerings,” are arguably two of its best. Unfortunately, what could be the clear highlight of the album, “Feed From The Floor,” is marred by its very obvious similarities in guitar work to The Cure’s “Love Song.”

AFI were once known as a band on fire: combining the angst of Hardcore with the visuals of Gothic Rock and the macabre elements of Horror with the sensitive nature of, dare it be said, Emo. On The Blood Album, the band delve into a plethora of genres attempting to create an evolved, more matured sound. Instead, The Blood Album is a slightly-schizophrenic mix of old-school AFI and 2017’s version of the same. Neither altogether bad nor altogether amazing, The Blood Album is a collection of  different sounds. For these reasons, CrypticRock gives AFI’s The Blood Album 3.5 out of 5 stars. 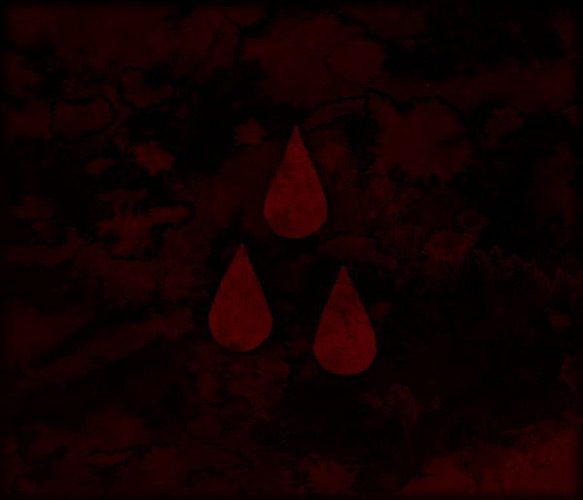