Many bands’ face the unexpected and have disaster happen to them. In the real world, one can never know the endless tragedies and misfortunes set to happen in life, but what matters is how one rises out of the fire. With that said, in  June of 2015, co-founding Guitarist Justin Lowe of Minnesota’s After the Burial announced his departure from the band. With the band urging fans to support Lowe in his time of mental distress, sadly, a month later, tragedy struck the Metal band following the news of Lowe’s apparent suicide. A trying time, After the Burial opted to bow out of the Summer Slaughter tour to mourn the loss of their long-time bandmate and friend. Given time to recollect themselves, in spite of the heartache and tears, After the Burial pulled through to return in the late Fall to tour with The Faceless, Rings of Saturn, and Toothgrinder. Now going on as a four-piece, Bassist Lerichard “Lee” Foral, Lead Guitarist/Vocalist Trent Hafdahl, Drummer Dan Carle, and Vocalist Anthony Notarmaso, After the Burial return with fifth album Dig Deep. Produced by Will Putney (The Amity Affliction), Dig Deep inevitably becomes an album about soul-searching and finding the strength to carry on the torch.

Beginning with the heart-pounding anthem of “Collapse,” the track features a low rumble and deviates the ears with a blood-curdling scream from Metal heaven. With an upbeat chorus that shouts energy in the listener’s face, it is a great song on motivation with the words, “We smash upon these glaciers of mistakes!” Next, “Lost in Static” starts with an impressively creepy intro that thrashes right into some powerful guitar riffs by Hafdahl. Then there is “Mire,” which has a constant, complicated upbeat sound that really needs to be heard to be believed. The song shows a darker side to the band, but everyone needs a little cloud with their sunshine, right?  Moving along, “Deluge” is a fast-paced track that does not let up until the very end, and even then, it barely gives! With a guitar riff that is compelling and provocative, a chorus that is catchy and powerful, it is a piece that will satisfy the most savage Metal heart. Following is cleaner sounding “Laurentian Ghosts,” a song about demons of the past, creating a very chilling atmosphere. This is a theme that fits nicely with the flow of the remainder of Dig Deep.

Going back to the heavier side of their sound, “Heavy Lies the Ground” is nothing short of brutal with a harmonic drum tempo that will melt the listener’s mind to mulch, along with a high pitch voice of Notarmaso. Keeping it going, “Catacombs” is a high-powered trip through erythematic madness. It is a bold throw down to old school Metal styling that is sure to impress the most fickle of Metalheads. Beginning with a resonating riff, “The Endless March” is a highly intense track that shows the talents of each member of After the Burial. Here, Notarmaso bellows, “I try to pick up the pieces!,” speaking of the topic of rebuilding one’s life. Last, but not least, “Sway of the Break” is a explosive ending with tremendously melodic guitar work that turns into a breathtaking Hardcore breakdown in the closing moments.

After the Burial has been through alot in the past year, and judging by the emotion of Dig Deep, it is evident. Everyone has different ways of dealing with loss and Dig Deep is this band’s release. A mature piece of music, the album shows that After the Burial has become signature for some of the best breakdowns and riffs around in Metal today. The album title matches the nine tracks fittingly because there is no question After the Burial dug deep on many levels to put this together for themselves and their fans. CrypticRock gives Dig Deep 5 out of 5 stars. 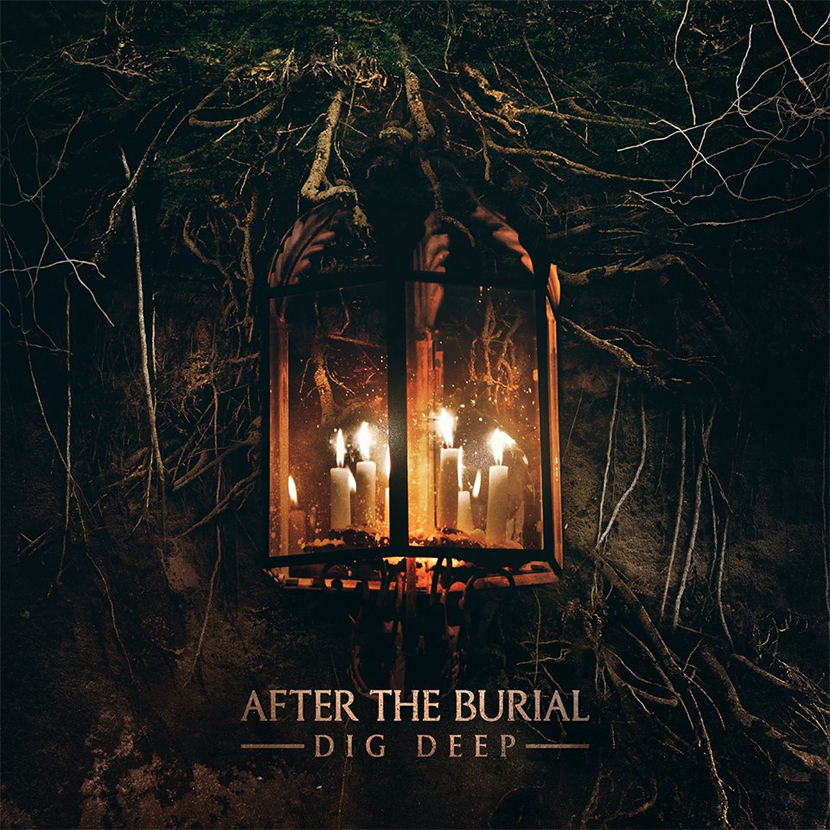